The Powers of the High Court in implementing a Child Abduction Summary Return: Re W [2019] 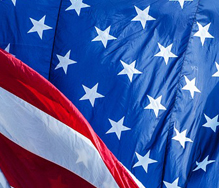 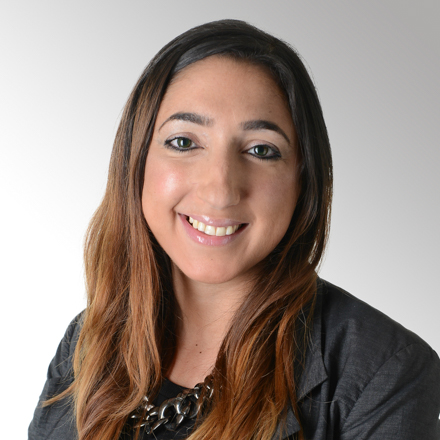 On 22 February 2019 Mrs Justice Gwynneth Knowles handed down judgment in Re W (Children) (Abduction: Implementation of Return Order) [2019] EWHC 357 (Fam); She determined that the High Court did not have jurisdiction to order the mother to apply for a B1/B2 visa to return to the USA with the parties’ two children.

The case concerned a couple who resided in the USA with their two children. The father, then aged 12, entered the USA with his family on 6-month visas. Thus, the father was an “overstayer” with no immigration status in the USA. As a result, the father would be denied readmission if he were to leave, even for a short period.

The mother was a British national who moved to the USA to live with the father in 2011. The children were born in the USA and are US citizens and British nationals. The mother left the USA for a short period and managed to re-enter in 2012, after which she overstayed until 2016. In December 2016, the mother left the US with the children and brought them to England where they have since remained. The father sought their return under the 1980 Hague Convention.

The mother opposed the return on two grounds: consent/acquiescence and Art 13(b). The mother was unable to establish consent/acquiescence and Mrs Justice Knowles also rejected her Art 13(b) defence on the basis that i) it was inconsistent with her case on consent – that the parties' relationship was intact and that they both wished to continue as a family on relocation and ii) even if the DV allegations had substance, the return of the children would not place them in an intolerable situation given their return to a home familiar to them and the measures the father had offered to put in place.

Knowles J ordered (in November 2017) that the children were to return to the USA, with the mother if she could obtain a visa, or alone if she could not.

The mother appealed to the Court of Appeal (Re W [2018] EWCA Civ 664) insofar as the decision related to the prospect of separation from the children. She said the following factors should have led the judge to conclude that Article 13(b) was established in this situation:

The mother further argued that Knowles J failed to take into account the emotional and psychological impact on the children of separation from their mother for what was likely to be an indeterminate period with no certainty as to when, if ever, they might be reunited. The evidence did not entitle the judge to conclude that it would be no more than “upsetting”.

The appeal was allowed. The Court of Appeal determined that if the children were to return to the USA without their mother, the court would be enforcing their separation from their primary carer for an indeterminate period of time.  In the circumstances of this case, that situation was one which they should not be expected to tolerate. The court ordered that the children would only be returned in the event that the mother’s visa application was granted.

Ahead of the Court of Appeal hearing, the mother had duly applied for humanitarian parole on 19 January 2018. The US Citizen and Immigration Services Section (USCIS) of the US Department of Homeland Security issued a denial notice on 2 April 2018 rejecting her application. In the summer of 2018, the father requested that the mother apply for a B1/B2 visa (temporary Business/Tourism visa). The mother confirmed that she did not intend to apply for a visa.

As part of the Return Order of 30 November 2017 the mother gave an undertaking to “immediately apply to the US Embassy in London and/or relevant US Immigration Authority and use her best endeavours to obtain a Humanitarian Parole Visa to enable her to enter and remain in the USA with the children”. The mother duly made this application and it was refused.  The father argued that the mother should make an application for a B1 or B2 Visa to enter the USA.

Knowles J carefully considered the wording of the Court of Appeal’s order. The order stated:

“The subject children, [Y] and [Z] shall be returned to the jurisdiction of the USA, provided that their mother is granted permission by the US immigration authorities to return to and enter the United States of America with them, and such return shall take place by no later than 14 days after the determination of the mother’s application for a humanitarian parole visa to re-enter the US jurisdiction.The mother shall return, or cause to be returned, the children in accordance with this paragraph.”

The judge noted that the Court of Appeal’s order did not alter any of the undertakings given by the mother on 30 November 2017.

The father argued that the Judge had jurisdiction to direct the mother to apply for a B1/B2 visa on the basis of s37 of the Senior Courts Act 1981. The relevant principles of this are set out in Goyal v Goyal [2016] EWCA Civ 792. Section 37 of the Act does not create a free-standing power, but rather a power that is ancillary to or supportive of a separate substantive legal right. The father argued that the substantive right in respect of which he sought support was the extant order for the return of the children to the USA.

The mother opposed the father’s application on the basis that there was no return order to implement or enforce. She argued that it was only when permission to return had been granted that there was an order to implement and at this stage the mother had no permission to enter the USA. She had already complied with all the directions and with her undertakings so was not in breach of the directions or undertakings to enforce. The mother argued that the Court had no jurisdiction to order her to apply for the visa herself. In addition, as there was no Return Order to implement, the Court had no jurisdiction to make orders ancillary to or supportive of that order.

The Judge concluded that she had no jurisdiction to entertain the father’s application as there was no explicit permission for her to vary the part of the Court of Appeal’s Order which directed that the children should be returned to the jurisdiction of the USA provided that their mother is granted permission by the US immigration to return and enter the US. The Judge held that there is no existing order to return because the mother has not been given permission to enter the USA and in those circumstances, there is no power to compel the mother to make an application for a visa under s5 of the Child Abduction & Custody Act 1985 or under the Inherent Jurisdiction or under s8 of the Children Act 1989.

Knowles J expressed no great enthusiasm in coming to her conclusion. She did however observe there remains a residual power available to the Court of Appeal to deal with changes in circumstances which might render its own Order impractical to enforce or implement and that it would be a matter for each of the parties to consider whether to return to the Court of Appeal in order that it might consider the practicalities of enforcing or implementing its Order.  The judge further urged the parties to consider a child-focused end to the litigation in order to reach a consensual resolution without delay.