The perils of an outdated will 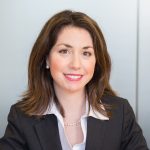 The case of Martin v Williams [2017] EWHC 491 (Ch), [2018] 1 FLR 125 concerned the right of a cohabitee to make a claim for financial provision from her partner’s estate. It serves as a useful reminder of the problems that can arise when a testator fails to update his or her will following a change in circumstances.

For cohabitees bringing a claim under the Inheritance (Provision for Family and Dependants) Act 1975, they must show that they were living in the same household as the deceased for at least two years prior to the deceased’s death and were living together as husband and wife.

For same-sex couples bringing a claim under the 1975 Act, they must show that they were living in the same household as the deceased for at least two years prior to the deceased’s death and were living together as civil partners.

In respect of both claims, the court will look for evidence of mutual interdependence, love, sharing of lives and lifetime commitment.

In contrast to married couples and civil partners, claims for reasonable financial provision brought by cohabitees are limited to provision for maintenance (the reasonable cost of everyday living).

Mr Norman Martin made a will in 1986 in which he left his residuary estate to his wife, Mrs Martin. By the time of his death in 2014, they had been separated for many years.

Since June 2009, he had been living with his partner Mrs Joy Williams in a property in Dorchester which they owned in equal shares as tenants in common. Mrs Williams also owned 50% of a mortgage-free property in Bristol which she had inherited on her father’s death in 2008. Mrs Williams’ sister owned the other 50% of the Bristol property and lived in the property.

Mr Martin failed to update his will or make a new will after separating from his wife. On his death, his residuary estate, which included his 50% share in the Dorchester property, passed under the will to Mrs Martin.

Mrs Williams brought a claim under the Act for reasonable financial provision from Mr Martin’s estate.

At trial, the judge found that Mrs Williams had standing to bring the claim because she had been living in the same household as Mr Martin for at least two years prior to his death and as husband and wife.

The judge ruled that the will did not make reasonable financial provision for Mrs Williams’ maintenance because it made no provision for her at all.

After considering Mrs Williams’ financial needs and resources, amongst other matters, the judge decided to award Mrs Williams 50% share in the Dorchester property. In reaching this decision, the judge discounted her 50% interest in the Bristol property because ‘her sister lives there and she is of very limited resources so cannot really even afford to pay any rent’ and she ‘would be loathe, in fact would not… be prepared to evict her’. Mrs Martin appealed the judgment.

On appeal, the judge agreed that Mrs Williams had standing to bring the claim and that the will did not make reasonable financial provision for her. The judge also held that as a matter of law, the trial judge was entitled to disregard an asset because of the human cost of enforcing a right in the asset.

However, the judge disagreed with the decision to disregard Mrs Williams’ 50% interest in the Bristol property because it was a material asset (Mrs Williams’ 50% share was worth approximately £135,000) and Mrs Williams admitted in cross-examination that her sister could easily downsize if she wanted to.

The judge held that reasonable financial provision to Mrs Williams required guaranteeing her a home but an absolute interest in property was excessive. The judge decided to award Mrs Williams a life interest in Mr Martin’s 50% share in the Dorchester property and Mrs Martin the reversionary interest.

This case highlights the vital importance of reviewing your will periodically and after a significant change in circumstances to ensure that the terms reflect your current wishes.

It also demonstrates the court’s preference to award a life interest in property rather than a capital sum where provision is limited to maintenance.

This article was originally published by RadcliffesLeBrasseur
Categories:
Articles