Home / News & Comment / The Increase in Financial Abuse of the Elderly: What, Why, How?
News & Comment
Online Shop
CPD & Events
Authors
About Family Law

The Increase in Financial Abuse of the Elderly: What, Why, How? 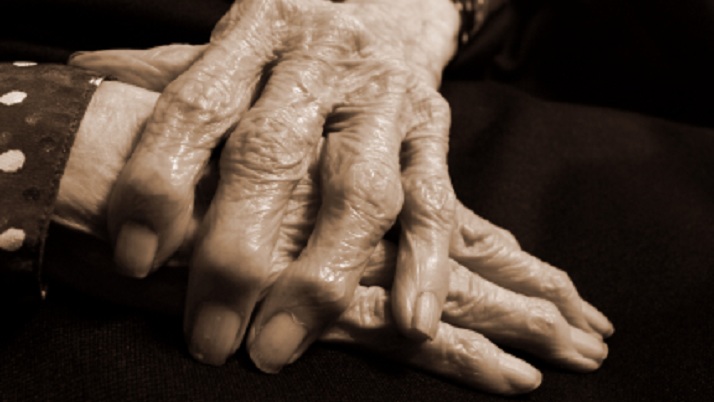 In considering the impact of UK’s increasing ageing population, experts are questioning whether current legislation protects those who are most vulnerable to financial abuse. Indeed a quick online search reveals a wide array of statistics which make for a depressing read.  If we accept that persons aged 65 and above are defined as ‘elderly’ then there are almost 12 million elderly people in the UK .  Of those, nearly 3.8 million individuals live alone.  These individuals are much more likely to suffer from multiple long term health conditions or disabilities which can often result in a relationship of dependency with a friend, neighbour, relative or carer.

In addition, an NHS study published in 2018 stated that the number of elderly people in the UK with dementia was estimated to be 644,903. This means that 1 in every 130 elderly people has a medical diagnosis of dementia with untold numbers of people in the pre-diagnosis stage.   Even more alarming is the fact that 413,500 elderly people in England and Wales experience some form of abuse every year.  In short, there are a significant number of elderly and potentially vulnerable, frail or non-capacious individuals being taken advantage of which is evidenced by the increased number of enquiries lawyers are seeing with regard to cases of suspected financial abuse of an elderly person.

So, what is being done to tackle this? In January 2017 Lord Bracadale was appointed by the Scottish Government to undertake an independent review of hate crime legislation.  In his final report published in 2018 (Independent Review of Hate Crime in Scotland: Final Report (2018)) he suggested that there should be a new statutory aggravation based on age hostility but he recognised that this approach was still “likely to capture a relatively small proportion of the offences committed against elderly persons”.  Lord Bracadale ultimately concluded that the Scottish Government should consider a wider aggravation covering exploitation and vulnerability generally. In March 2019 the Law Commission commenced a review in to hate crimes in England and Wales, with a view to consider potential additional protected characteristics such as age.  The paper is due to be published in 2021.

In the intervening period this view appears to be gaining traction. The Crown Prosecution Service has its own guidance for Crime Against Older People (CAOP).  Within the guidance it states that “In cases in which s146 Criminal Justice Act 2003 does not apply, if there is evidence that the victim was deliberately targeted for their vulnerability, this will still make an offence more serious for sentencing purposes”.[i]  The CPS also suggests that it will invite the court to increase the sentence for offences against the elderly.

The Citizens Advice Bureau has reported that “some police forces are already recording hate incidents based on personal characteristics such as age”.[ii]

There are numerous well known charities that champion the fight against elder abuse and there has recently been an increase in action groups campaigning for harsher sentences for perpetrators.  Action on Elder Abuse is a registered charity which aims to end the abuse and exploitation of elderly people and is running a petition to be presented to the Government calling for new legislation categorising elder abuse as a hate crime.  However, interestingly His Honour Judge Denzil Lush, a trustee of the charity, author and former senior Court of Protection judge refuses to support the campaign to classify elder abuse as a hate crime.

To be considered a hate crime an offence must meet various specific criterion. These include but are not limited to; the act constituting a criminal offence; the act being motivated by hatred or bias; the act having some impact upon both the victim and/or their wider community. His Honour Judge Denzil Lush does not agree that elder abuse meets the criteria in most cases.  He suggests that a significant proportion of offences are of a financial nature rather than offences against the person and are motivated by greed rather than hate. Offenders are almost exclusively friends or family of the victim meaning that the victim is unlikely to press charges or want to see their loved ones subjected to any custodial sentence, let alone an enhanced one.  Further, within his own article “Should elder abuse become a hate crime?” His Honour Judge Denzil Lush suggests that not all cases of financial abuse of elderly people can realistically be regarded as criminal activity, with much of it being “opportunistic, unethical conduct … caused by “incompetence, wilful ignorance of the law, bitter intra-family disputes, personal financial pressures or an entrenched sense of entitlement to acquire their parents’ assets”.

A common scenario in financial elder abuse cases is the ruthless attorney appointed under a Lasting Power of Attorney (“LPA”) helping himself to the donor’s hard earned savings where the victim suffers from a form of cognitive impairment, and is often oblivious to the crime.   This means that the harm done has little or no impact on the victim and certainly no obvious lasting effect on the elderly population generally, or on wider society as a whole. His Honour Judge Denzil Lush is of the view that there are more subtle and sophisticated ways of dealing justly with cases of this kind.

NHS England and other organisations are trying to tackle the issue from a preventive, rather than cure, perspective.  They suggest that if our current middle aged/younger population focus now on health, general wellbeing and work/life balance, they will enjoy greater wealth, security, confidence, health and stronger support networks in their advanced years which should ultimately make them less vulnerable to opportunistic abuse.  They are also encouraging local authorities to work on creating stronger communities to develop better relationships of support across the generations. Accordingly they are calling for more social housing for the elderly and improved training for carers.  All of these measures are aimed at reducing isolation of the elderly and could therefore have a significant impact in the long term.

So, what do you do if you want to prevent the financial abuse of your elderly loved one, or even safeguard your own future?  If the person in question has capacity, then the obvious answer would be to make an LPA. These are relatively quick, easy and cost effective to do.  Whilst there are some concerns surrounding the adequacy of safeguarding provisions within the system, most financial planning experts still generally support their use.  Alternatively you could set up a trust, with or without a life benefit reserved for yourself, and appoint your own trustees.  The similar potential ‘weakness’ in both instances is that they rely to a large degree on a relationship of trust which is, by its very nature subjective and open to abuse.

Clearly there is no quick or easy solution to what is a growing nationwide social problem and it will be interesting to see what recommendations the Law Commission report makes, and whether this results in any legislative change.  Undoubtedly a criminal conviction, by whatever means, would assist significantly in bringing a civil law suit.  Hopefully, whether elder abuse is classified as a hate crime or not, the outcome of these ongoing investigations and mounting public pressure will result in better safeguarding for future older generations.