The impact of divorce on children’s mental well-being 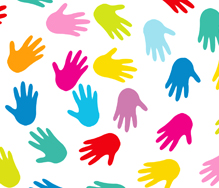 Rebecca Ranson, of Maguire Law, discusses the negative impact of a divorce on children.

University College London’s Institute of Education recently conducted the first British study to analyse the emotional impact of splitting up on 6,245 children aged 3 – 14.

The study showed that those children who experience parental separation aged between 7 and 14 are 16% more likely to experience behavioural issues and emotional problems such as anxiety and depression, than those whose parents stay together.

The study highlighted that those who are aged 7 and over are the most likely to be affected, with those aged 3 – 7 showing no difference in behavioural and emotional traits when compared to those whose parents are still together. The study also noted that 7 – 14 year old boys are particularly affected, with an 8% increase in levels of bad behaviour and disobedience.

This research has been undertaken on the back of the increasing pressure on the Government to introduce ‘no-fault divorce’. It was confirmed by David Gauke the Justice Secretary last year that the Government did intend to back this proposal, however due to the current circumstances surrounding Brexit, it appears as though this has been put on the back-burner.

It is often believed that the ’blame game’ in the divorce petition can lead to heightened ill-feeling which then inadvertently, or sometimes directly, affects the children. There have been many cases of parents showing their children the divorce petition to ‘prove’ that the other parent is lying about why the relationship has broken down. There have also been cases whereby children have actually found the petition and read it on their own accord, causing them to formulate inaccurate views of the parent ‘at fault’.

Fault-based petitions by their very nature have to be one-sided. This is particularly the case where the divorce is based on “unreasonable behaviour” i.e. that the other person has behaved in such a way that the person starting the divorce cannot reasonably be expected to live with them. That being said, 8/10 times, it is not just one person at fault.

Surely, ‘fault’ is a subjective term. One person could think that the other is at fault for prioritising work over the relationship for example, whereas the other might think they are at fault for not understanding that they have to work hard to put food on the table. In this scenario, are they both at fault?

If a child is shown, or sees, the divorce petition, or even if they are told by one parent that ‘Mummy is divorcing Daddy, isn’t Mummy mean’ – they may believe it. Young children rely very heavily on their parents, particularly in relation to fundamental changes and decisions such as separation. It is extremely important to remember that a separation or divorce does not just affect you. It affects your children, your parents and your wider family.

Children who have experienced their parents separating, or even their step-parents, can have a different view of relationships as they get older. Equally, as they grow older they can often start asking questions – ‘why did Daddy move out? Why has Mummy moved in with someone else? Was it my fault?’. As addressed by Professor Emla Fitzsimons, the UCL study co-author, ‘family splits in late childhood are detrimental to adolescent mental health’ and ‘children from more privileged backgrounds were just as likely to have mental health problems as their less advantaged peers.’.

Tom Madders, the campaigns director at the charity YoungMinds, has stated: “The reasons why a young person may develop mental health problems can be complex, but this study shows how family break-ups can be confusing and disruptive for a child and play a significant part, particularly in later childhood. That’s why it’s so important to build children’s resilience from a young age, and teach them to learn about healthy relationships, both with others and themselves.”

If you are thinking of separating from your partner, or indeed if you are already engaging in the divorce process, stop and think about how your actions are going to affect your children, even if you haven’t meant to involve them. Remember that children pick up on things, they are articulate and inquisitive and as emotionally draining as it will be for you, it will be equally as distressing for a child whose parents are suddenly going to live in two separate houses.