The illegality defence, trusts of land and the family lawyer 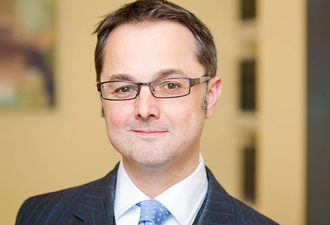 The consequences of a conspiracy to commit an offence of insider dealing concerning RBS shares might not be of obvious interest to a family property lawyer. But in Patel v Mirza [2016] UKSC 42, the Supreme Court held that the House of Lords’ decision in the well-known domestic property case of Tinsley  v Milligan [1994] 1 AC 340 should no longer be followed.

T and M bought a house to live in. T and M understood that they were joint beneficial owners, but legal title was in T’s sole name. This was to enable false claims to benefits to be made. M subsequently confessed to the DSS. T moved out and served notice to quit on M. T and M issued cross-claims for declarations of ownership: T that she was sole owner, M that T held it on trust for both in equal shares.

The trial judge found for M. The Court of Appeal and House of Lords dismissed T’s appeals, both by a majority. Lord Browne-Wilkinson, giving the leading speech of the majority, held that title to property can pass under an unlawful transaction. However, whether that illegality could be a defence to M’s claim depended on ‘the reliance principle’. This was that [375C] ‘A party to an illegality can recover by  virtue of a legal or equitable property interest if, but only if, he can  establish his title without relying on his own illegality.’ M had established a ‘resulting trust’, simply by showing that she had contributed to the purchase price (Tinsley was decided in the era pre-Stack v Dowden [2007] UKHL 17, when there was less of a distinction drawn between ‘resulting trusts’ and ‘constructive trusts’).  It was unnecessary for M to show why  this transaction was undertaken. Consequently, M succeeded in her claim, as she  did not need to rely on her illegal conduct to establish it.

Tinsley became the subject of significant criticism. The Law Commission considered that it resulted in arbitrariness and uncertainty, giving rise to potential injustice. For example, in Tinsley, had the parties been father and daughter, the outcome would have been reversed, as instead of the presumption of a resulting trust, there would have been a presumption of advancement, rebuttable only be reference to the illegality. More recently, the Supreme Court has demonstrated a clear division of opinion as to the correct approach to illegality. In Patel v Mirza [2016] UKSC 42, the majority of the Supreme Court favoured the more flexible approach.

M, who had contacts at RBS, expected to obtain advance insider information concerning an anticipated government announcement.This would affect share prices. P transferred £620,000 to M to use this insider information to bet on the price of shares. The announcement did not occur, so nor did the betting. Nonetheless, the agreement itself amounted to a criminal conspiracy to commit insider dealing. P sued M for return of the money. His claim had various bases, including unjust enrichment based on failure of consideration. This was important. P had to establish the nature of his agreement in order to establish the consideration.

The trial judge found for M, based on the ‘reliance principle’. Further, P could not rely upon the exception known as ‘locus poenitentiae’, because he had not voluntarily withdrawn from the arrangement. The Court of Appeal unanimously allowed P’s appeal. The majority agreed with the trial judge on the reliance principle, but found that P could benefit from locus poenitentiae, because the agreement had not been executed. However, Gloster LJ held that Tinsley laid down no universal rule. Rather, it was necessary to consider whether allowing the claim would stultify the underlying policy which resulted in the illegality. In this case, the mischief of insider trading was market abuse, which had not happened, and P was not seeking to benefit from his wrongdoing. In any event, Gloster LJ considered that the ‘reliance principle’ would not defeat the claim: P needed only to establish that funds had been paid for the purpose of share-price speculation which never occurred; and if the ‘reliance principle’ were engaged, the majority were correct that P benefited from locus poenitentiae.

John Wilson QC will be joined by a...
View product
The nine-JJSC Supreme Court dismissed M’s appeal. Unsurprisingly, there was no unanimity in the reasoning. Also unsurprisingly, it is impossible to do the reasoning justice in this short blog. But it is clear that the reasoning in Tinsley no longer stands, and should not be followed. Less clear is the future approach.

In the majority, Lords Toulson, Kerr, Wilson and Hodge and Lady Hale JJSC focused on ‘the common law doctrine of illegality as a defence to a civil claim’ (para [99]). Lord Toulson was clear that in place of a rule with limited exceptions, ‘a person who satisfies the ordinary requirements of a claim in unjust enrichment will not prima facie be debarred from recovering money paid or property transferred by reason of the fact that the consideration which has failed was an unlawful consideration’ (para [116]). Lord Toulson did not ‘exclude the possibility that there may be a particular reason for the court to refuse its assistance to the claimant, applying the kind of exercise that Gloster LJ applied in this case, just as there may be a particular reason for the court to refuse to assist an owner to enforce his title to property, but such cases are likely to be rare’ (para [116]).

Lord Toulson noted two broad policy reasons for the doctrine of illegality as a defence: on the one hand, a person should not be allowed to profit from his own wrongdoing; on the other, that the law should be coherent and not self-defeating by condoning illegality. The focus should not be on whether a claimant is ‘getting something’ out of the wrongdoing, but on whether ‘allowing recovery for something which was illegal would produce inconsistency and disharmony in the law, and so cause damage to the integrity of the legal system'. A ‘range of factors’ approach was introduced. There were three necessary considerations when deciding whether allowing a claim would be contrary to the public interest as being harmful to the integrity of the legal system. These are, first, the underlying purpose of the transgressed prohibition, secondly any other relevant public interest which may be rendered less effective or ineffective by denying the claim, and thirdly, the proportionality to the illegality of refusing relief (para [101]). Lord Toulson gave examples of the first and second. A number of factors may be relevant to proportionality, for example those set out at para [107], but a prescribed list would be unhelpful. However, Lord Toulson considered that potentially relevant factors included the seriousness of the conduct, its centrality to the contract, whether it was intentional, and whether there was a marked disparity in the parties’ respective culpability (paras [99]-[108]).

In the minority, Lords Neuberger, Mance, Clarke and Sumption reached the same conclusion, but their reasoning differed from the majority’s. Their Lordships began from a general starting point largely in accordance with orthodox principles of unjust enrichment, rescission and restitutio in integrum (albeit described by Lord Neuberger as ‘a rule’), namely that where money is ‘paid by [C] to [D] pursuant to a contract to carry out an illegal activity, and the illegal activity is not in the event proceeded with owing to matters beyond the control of either party … the general rule should … be that [C] is entitled to the return of the money which he has paid’. It would not matter that the contract had been wholly or partly performed; restitution need only be possible, consistent with policy, and proportionate. Lord Mance considered that on this basis, reliance on illegality would remain a bar to relief only insofar as it is reliance in order to profit from or otherwise enforce an illegal contract; simply to restore the status quo is unobjectionable (paras [145]-[146], [197]-[199], [210] and [250]).

There was further disagreement. The majority, together with Lord Neuberger, agreed with the approach set out by Lord Toulson at para [101] as to the approach to assessing the impact of illegality. However, Lords Mance, Clarke and Sumption disagreed with it. Their Lordships considered that there was no need to go beyond the clear principle set out by re-writing the law of illegality with a ‘range of factors’ approach. Lord Mance considered that Lord Toulson’s approach would ‘introduce not only a new era but entirely novel dimensions into any issue of illegality. Courts would be required to make a value judgment, by reference to a widely spread mélange of ingredients, about the overall “merits” or strengths, in a highly unspecific non-legal sense, of the respective claims of public interest and of each of the parties’ (para [206]). Lord Sumption JSC considered (at para [265]) that it ‘converts a legal principle into an exercise of judicial discretion, in the process exhibiting all the vices of “complexity, uncertainty, arbitrariness and lack of transparency” which Lord Toulson attributes to the present law’ (paras [206]-[207], [216]-[219] and [259]-[265]).

Tinsley is no longer to be followed. The majority of the Supreme Court prefer a ‘range of factors’ approach. The Court of Appeal will no doubt be considering this further. Either way, Patel is important, because it will be of relevance in many family property cases wherever illegality arises as a potential defence to a claim. Of course, there may be yet further complication, because if there are criminal proceedings, there may be a third-party claim by the prosecution under the Proceeds of Crime Act 2002. That, however, is for another time…
Categories:
Articles