The end of English Pension Sharing for couples abroad? 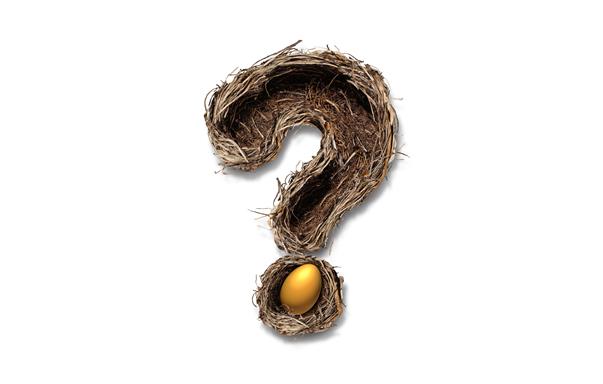 Can a couple living abroad and divorcing abroad but with a UK pension share that pension?  Yes, until the end of the year. But not from 1 January 2021.  This summary article looks at the implications for many international families, calls for statutory reform and urges couples to get their pension share orders quickly.

To share a foreign pension in the context of a divorce financial settlement will almost always require an order of the court where the pension is situated.  Some countries but not England will permit a written agreement.  So, if a couple divorcing abroad with a financial settlement abroad want to share their English pension, they need an English court order.

The English family court can do so.  It has the power to make financial orders after an overseas divorce pursuant to Part III Matrimonial and Family Proceedings Act 1984, used as a vehicle to obtain an English pension sharing order for those getting divorced abroad to share their English pensions.

But there is a potential problem.  There has to be a sufficient connection with England for the courts to make an order.  This is known as jurisdiction.  In broad terms what is required is habitual residence or domicile of one spouse.  But this presents a real difficulty for international families who no longer have such an ongoing connection.

They may have temporarily moved here for work purposes for several years and built up an English pension.  They may have lived their working life here and now retired abroad.  There are many other circumstances where a couple with an English pension find themselves without the necessary connectedness for the English court to make an order.  It was a real problem and a number of foreign settlements had to be unpicked and rearranged

Several years ago, my colleague, David Hodson OBE, discovered that it was possible to use a piece of EU legislation (The EU Maintenance Regulation) to provide jurisdiction.  In summary it contains a residual power to make needs-based orders, pension sharing, on an exceptional basis provided the courts of no other EU Member State have jurisdiction.  Although the UK left the EU on 31 January 2020, this legislation will remain in force in England until 31 December 2020 when the transition period ends.  But from 1 January 2021 this basis of jurisdiction will no longer be available so couples with an English pension, living and domiciled abroad would seemingly be unable to obtain a pension sharing order.

For many years before Brexit, David and I as well as others have been lobbying for a change to be made to domestic law to fill the gap.  For example, when the Law Commission consulted in relation to the enforcement of financial orders in family cases, they extended the scope of the consultation at our request to include obtaining pension sharing orders after overseas divorces.  Our firm responded with a recommendation that domestic law be introduced to provide limited jurisdiction where there is an English pension.  This recommendation was endorsed by the Law Commission but regrettably has not been taken up by the government.

Our firm have been actively involved in discussions with the Ministry of Justice throughout the Brexit process and this has continued during the transition period.  My colleague, David Hodson OBE, has written separately here  with an analysis of the likely future position.  In summary, it is understood that the UK will no longer be within existing EU laws after the end of the transition period.  Consequently, the jurisdiction currently used to obtain an English pension sharing order where there is no other ongoing connection will be lost.  Moreover, we understand from the Ministry of Justice that there is no current intention of introducing domestic law to fill the gap at the end of the transitional period.

We strongly urge and encourage the government to bring in a short and thoroughly uncontentious amendment to existing legislation to allow the English courts to make a pension sharing order in respect of an English pension after a foreign divorce where there is a connecting feature of a UK pension.

For a similar reason, we strongly encourage any couples, and their lawyers, presently working out divorce financial arrangements which may involve sharing a UK pension to get in touch with a specialist English international family law solicitor, experienced in dealing with international pensions, to make sure an order can be obtained before the end of December.  It doesn’t need a comprehensive final order if the parties are willing to agree the pension share as a stand-alone, self-contained part of the settlement.  But it does require a final divorce.  It cannot happen if the divorce has not yet been finalised.  It is also available for those in a civil partnership which is being dissolved.  It is not available for those in cohabitation, de facto relationships.

If domestic legislation is not introduced many international families could be forced to revisit financial settlements which have been reached or were in the process of being negotiated to find alternative ways of seeking to achieve a fair distribution of assets without sharing pensions which are administered in England.  This may mean unpicking them, making other arrangements to the settlement, perhaps using the very unsatisfactory method of offsetting and an entitlement to a share in the pension against non-pension assets.

Key recommendations in the Pension Advisory Group report
Authors: Hilary Woodward Debora Price
17 JUL 2019
Next steps for pensions on divorce
Authors: James Copson
25 JUL 2019
More than half of married people have no plans for their pensions if they get divorced
15 AUG 2019

Key recommendations in the Pension Advisory Group report
Authors: Hilary Woodward Debora Price
17 JUL 2019
Next steps for pensions on divorce
Authors: James Copson
25 JUL 2019
More than half of married people have no plans for their pensions if they get divorced
15 AUG 2019