The deprivation of a child’s liberty 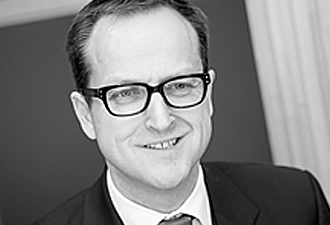 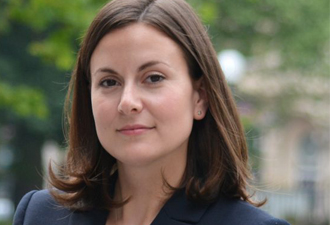 The making of a secure accommodation order lies at the extreme end of the court’s powers. However, they are not uncommon. They are, in fact, fairly regularly used in relation to teenagers who put themselves in risky and harmful situations, apparently through choice. Such an application will usually arise following a period of time in foster care or residential accommodation. They will often involve teenagers who are the victims of sexual exploitation or who engage in alcohol and/or drug misuse.

The deprivation of a child’s liberty is something which family practitioners have, perhaps unavoidably, become hardened to. The case of Re W (A Child) [2016] EWCA Civ 804 is a timely reminder of some of the fundamental legal principles in respect of secure accommodation orders but also raises a number of ideological points with which many may feel sympathy but which ultimately did not persuade the Court of Appeal.

In this case, the child was rapidly approaching majority. In fact, at the time of the appeal, she was 17 years and 11 months’ old. So in this case, not only was the Court grappling with the most draconian of orders, but a child who only marginally fell within the Court’s jurisdiction and whose wishes were clearly against any form of secure accommodation. She had been beyond parental control for several years but remained at home until the age of 15 until she was accommodated by the local authority.

One key point for the appellate court was which subsection of section 20 of the Children Act 1989 the child had been accommodated under. It was argued for the child that she was accommodated under section 20(5) which permitted a local authority to accommodate a child in a community home 'if they consider that to do so would safeguard or promote his welfare'. If this argument had succeeded, it would have precluded an application for a secure accommodation order pursuant to Regulation 5(2) of the Children (Secure Accommodation) Regulations 1991/150.

There are two criteria for the making of a secure accommodation. The first being that the child has a history of absconding, is likely to abscond from any other description of accommodation and, if they abscond, they are likely to suffer significant harm. In practice, this is very often used with children who do not stick to the rules of a residential placement, for example by breaking the curfew and returning late or many days later.

However, the Court of Appeal has reaffirmed the interpretation of the word 'abscond' in terms of escaping indefinitely from an imposed regime. The child disregarding the rules of the unit and absenting herself for limited periods did not satisfy the definition of absconding. Therefore, the first of the criteria was not available to the local authority.

This is likely to come as quite a surprise to many practitioners and courts alike. It will have a significant impact upon local authority applications in future as presently the majority are pursued on the basis of absconding behaviour.

However, the second criteria remained open and in this case was satisfied – if the child is kept in any other description of accommodation he is likely to injure himself or other persons. One can imagine that there might be some argument as to the correct interpretation of 'injure' in this context but with the definition of 'harm' being so wide, such arguments are unlikely to find any traction.

One of the most interesting arguments put forward on behalf of the child was to challenge the valid jurisdiction of a local authority to seek to do what those with parental responsibility cannot legitimately do – lock the young person in their bedroom. It was also said on behalf of the child that there was an inequity for a restricted class of young people, who have not been sentenced to detention after conviction for a criminal offence or in consequence of mental health issues, but for whom detention was a prospect.

The Court of Appeal did not give away their sensibilities on the ideological issues and instead re-stated that a local authority has a clear statutory authority to restrict the liberty of a child, subject to the sanction of the court. The imminence of the child’s 18th birthday does not prevent them from continuing to be recognised in law as a child, nor do their wishes and feelings, which invariably will be against any form of secure accommodation, prevent the Court from making such an order.

The Court of Appeal also clarifies that, despite the mandatory wording of section 25(4), ie that if the criteria are satisfied, the court shall make an order, this is subject to necessity and proportionality. This will be fact specific and the courts will consider what other attempts have been made, or could be made, to safeguard the child before making a secure accommodation order.

Whilst the Court of Appeal was anxious to posit a secure accommodation order as protective rather than punitive, it cannot fail to be regarded as a punishment by the child in question. Whilst the argument for injunctive relief against the malign attentions of disreputable men did not succeed in this case, primarily because the Court could not provide such relief against unknown individuals, this should not deter practitioners from seeking such relief in cases where a child’s abuser(s) is known.

This case is therefore not only a useful reminder that absconding means absconding and not simply breaching the rules of a placement, but an encouragement to practitioners to think creatively about less draconian protective measures.
You can follow Jason Hadden and St Phillips Chambers on Twitter: @JasonHadden + @stphilipsfamily.
Categories:
Articles