The Children and Families Act 2014 and the new Family Court – will the changes achieve their aims? 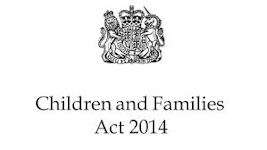 When the Children and Families Act 2014 was given the Royal Assent on 13 April 2014, Family Justice and Civil Liberties Minister Simon Hughes, said:

'We are making sure the welfare of children is at the heart of the family justice system.

We want to keep families away from the negative effects that going to court can have and to use alternative solutions when they are suitable. This is why we have changed the law to make sure that separating couples always consider mediation as an alternative to a courtroom battle.

When cases go to court we want them to happen in the least damaging way. So we are improving processes, reducing excessive delays ...'

As family practitioners are aware, 22 April 2014 brought about a myriad of changes to the family law system. Two weeks into the changes and although we have now had the opportunity to read plentiful material on the rule changes, the lack of guidance from the court itself is palpable. How these rules will be implemented and followed in practice remains woefully unclear. Indeed, the rumour going round the family circuit is that judges themselves are not being given any training on the changes until June. Quite how family justice will be promoted in this limbo month is unclear.

More importantly though, once these teething problems are ironed out, will the overhaul of the family system that has been taking place since 22 April 2014 in terms of private law achieve the aims outlined above? Or rather, is the whole raison d'etre of the recent reforms to paper the cracks that have appeared in the family judicial system since the rigorous cuts to the justice budget? The cynic in me points to the latter.

Summary of the main changes to private law

The Family Court, as set out in the new s 31A of the Matrimonial and Family Proceedings Act 1984, exercises jurisdiction over all family proceedings (subject to a few limited exceptions). There will no longer be a separate jurisdiction for magistrates' courts and county courts to hear family cases. This change is intended to create a simpler court system, allowing cases to be allocated to the judge with the relevant level of seniority to hear the case, with the help of a ‘gatekeeping team'. The four levels of judges are lay magistrates, district judges, circuit judges and High Court judges. It is also envisioned that this change will help to reduce delays and will ensure judicial continuity.

It seems clear that these changes have been necessitated by the removal of legal aid for most family law issues, and the delays and problems that have been caused by the influx of litigants in person as a result of the cuts. Although a more simple and streamlined court structure would undoubtedly benefit those involved in family disputes, it remains to be seen whether these reforms will achieve this. Further, it is questionable whether such an overhaul would have been needed if the family legal aid budget had not been slashed so dramatically.

The Children and Families Act 2014 (the 2014 Act) abolishes contact and residence orders, and replaces them with child arrangement orders in an amended s 8(1) of the Children Act 1989 (the 1989 Act). These new orders define with whom a child will live and with whom a child is to spend time or otherwise have contact. Although these orders will likely have a similar effect to the old orders, the aim is to remove the labels so that parents feel less like they have ‘won' or ‘lost', and to focus more on the arrangement which is best for the child.

In this context, it is hard to see there being an ulterior motive, and any reforms aimed to improve a situation for a child must be seen as positive. Whether this name change will have any more success in reducing the wars between parents than the change from the words ‘custody' and ‘access' in the original 1989 Act remains to be seen though.

One of the more controversial inclusions in the Act (s 11) is the introduction of a presumption of parental involvement into the welfare checklist in s 1 of the 1989 Act (although not a presumption of shared parenting as was initially discussed). That said, this provision did not come into force on 22 April 2014 along with the numerous other changes, and it is not clear when this provision will be introduced. If it does come into force, it will mean that the court will presume, unless the contrary is shown, that the involvement of both parents in a child's life would be in their best interests. This change was initially one of the main drivers of the Act, and it is interesting that it has not come into force. Perhaps it demonstrates that the legislature have focused their attention on unclogging the struggling system, rather than prioritising the best interests of the child.

It is now a requirement that an applicant for a ‘relevant family application' attends a MIAM before issuing, as set out in s 10 of the 2014 Act. Unless one of the limited exceptions applies, if an applicant has not attended a MIAM their application may be rejected by the court. These changes endorse previous legislative and judicial moves to promote the use of alternative dispute resolution and to use the court process as a last resort. Avoiding the acrimonious court route is clearly a good thing for both the parents and the children involved, and such an aim cannot be criticised. However, this move does also support the theory that the Government is trying to make do with a reduced legal budget, by seeking to reduce the numbers the courts have to deal with.

Although the upshot of most of these reforms is laudable, a cynical view is that they all stem from the Government's drive to cut costs wherever possible rather than a desire to help those in a family dispute. As all family lawyers will know, there have been unprecedented cuts to legal aid in family law cases. As a result, figures from Cafcass show that in 42% of cases now coming before the family courts, neither party was represented by a lawyer, compared with 18% before the cuts. Individuals having to represent themselves are causing delays in the court process, which is particularly detrimental when there are children involved.

If the cuts are here to stay, which it seems that they are, attempts to streamline and improving the family law system are to be welcomed. They may well allow the family justice system to take a step away from the cliff edge, rather than toppling over it as was becoming increasingly likely after the cuts became a reality. Once the implementation problems have been sorted, and there is a clearer picture of how the new system and procedures will work, hopefully these changes will reduce delays, make the court system clearer and easier to navigate, therefore benefit those who have to go through the family court system. However, for transparency reasons, perhaps the Ministry of Justice should be more open about the real reasons for all these changes.

Charlotte Sanders is an assistant solicitor at Vardags.

She joined Vardags in September 2013, having completed her training contract at Manches LLP where she gained experience in family, employment, litigation and private property, before choosing to qualify and specialise in family law.

Charlotte takes a keen interest in humanitarian issues: after graduating in 2009 she spent three months working for a law firm in Atlanta, USA, aiming to secure the release of three detainees held at Guantanamo Bay.

View her profile on LinkedIn.