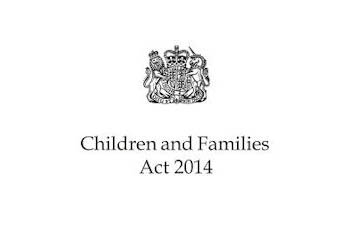 Five months on from my last opinion piece there have been massive changes to the family courts, law and legal aid relating to public law proceedings.

Paragraph [77] of Lord Neuberger's judgment in Re B has been quoted many times but for ease of reference he clarified the Family Court ‘must consider all options'before reaching its final decision as to the long term arrangements for a child(ren) subject to public law proceedings. Further, that such a decision ‘carries with it the clear implication that the most extreme option (adoption) should only be adopted if others would not be in [the child's] best interests'.

Lord Neuberger reminded local authorities they need to properly consider what support could be provided to families to enable them to safely care for their child(ren). This then brought about the following decisions such as Re G which made it clear there must be a truly holistic approach to the evidence basis in public law proceedings; such evidence demonstrating that all care options have been fully considered. The message being that local authorities should not present a linear case for permanent placement of children away from their birth families.

Re B-S provided further guidance that once a court has made a decision on risk and has indicated what support could be put in place for a family to enable reunification, for example, the local authority can not insist on adoption just because it involves less cost and support for that particular family. That is a clear message that if it is safe for a child to be placed with his natural family, with support, that support should be provided and a lack of resource or funding is not an acceptable argument from the local authority. (It follows that if such support is indicated and proportionate but will take more time to implement outside of the ideal 26 weeks, adjournments must be granted to ensure justice is being achieved for the child[ren] subject to such proceedings.)

These issues were considered again in the Re W case, Ryder LJ confirmed it is the court that is in control as to deciding the risk(s) to any child(ren) within the context of proceedings. It is not for the local authority to dispute the court's ruling of risk (see paras [79] and [80] of Ryder LJ's judgment).

However, s 15 of the 2014 Act amends ss 31(3A) and 31(A) of the Children Act 1989 (which had been introduced as a result of the Adoption and Children Act 2002). Section 15 of the 2014 Act states the court is not to consider the child(ren's) reg 5(b) needs which means the Judge is no longer to have any consideration of the child(ren's) health, educational, emotional and behavioural development or self care needs. This clearly presents a conflict with the case-law reviewed above, which demands the Family Court to insist upon a holistic approach - considering all options - as now s 15 is reducing the considerations a family judge can have heed to.

How can a judge properly make a decision as to the risk(s) to any child(ren) and proportionality of support required when he is now told not to consider all the needs of that child by virtue of the 2014 Act? It is surely going to lead to complex legal arguments in court and a renewed battle between the parties as to what support should be considered in light of specific needs of the child(ren). It will be interesting to see how this plays out in the court arena and how care plans are dealt with as a result of this new provision.

For all the information regarding the ongoing family law reforms, visit our new, fully up-to-date Family Law Reform page with all the latest news, analysis, legislation and cases.

Kirsty Richards is a Child Care Solicitor at Duncan Lewis Solicitors in London.