The Children Act: its evolution 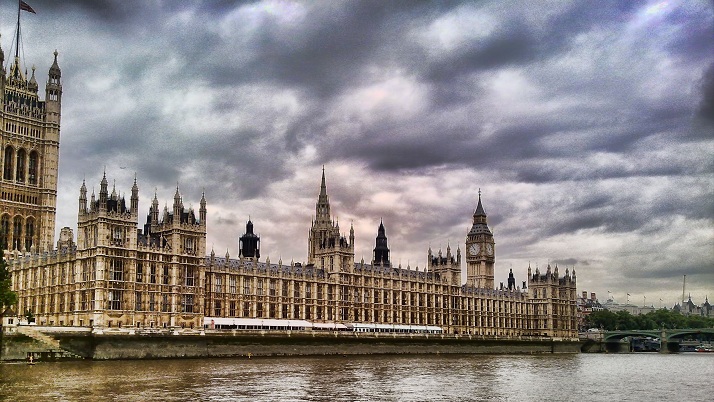 The Children Act 1989 (CA 1989) received Royal Assent on 16 November 1989 (in force from October 1991). Its thirtieth anniversary is upon us. It was a statute which required all courts, social workers and practising children lawyers (a breed which at the time was only just emerging) to learn a new set of legal concepts.

This article looks specifically at children's rights under the Act in those thirty years. Central to this is the United Nations Convention on the Rights of the Child 1989. Its Art 12.1 says: '1 States Parties shall assure to the child who is capable of forming his or her own views the right to express those views freely in all matters affecting the child, the views of the child being given due weight in accordance with the age and maturity of the child.' Article 12 is not part of the 1989 Act but should be treated as the golden metwand by which assessment of children's rights are judged. How much is this the case?

Legal developments in the run up to the Act

In the ten years prior to the 1989 Act there were a number of important developments in child law. In the mid-1980s came the 'tandem model' of child representation (advocate and guardian ad litem) in care proceedings. It was developed in CA 1989, Pt 4 with introduction also of non-merits, non-mean legal aid.

Gillick v West Norfolk and Wisbech AHA [1985] UKHL 7, [1986] 1 AC 112, [1985] 1 All ER 533 is still common law of the highest authority on the development of a child's understanding (in Gillick the 'understanding' was whether a doctor could provide contraceptive information to a child under 16 without her parent's consent: the answer was, yes); and of the way a parent's right yields to a child's right to make the child's own decisions as the child 'reaches a sufficient understanding and intelligence to be capable of making up his own mind on the matter requiring decision'.

Two years later came publication of the Report of the inquiry into child abuse in Cleveland [1987] Cm 412 London (HMSO. It was concerned with allegations of child abuse and of the ill-co-ordinated response of the authorities to the allegations. It emphasised that a child is a person, not just an object of concern.

Birth of the Children Act 1989

As a Law Commissioner, Brenda Hoggett (now Lady Hale, President of the Supreme Court) was closely involved with the development of the Commission report on what became the 1989 Act. Among its then more radical reforms were:

●     to give children the right, if of sufficient understanding, to take part in litigation under the Act about them (see further Children's Views and Evidence, David Burrows, October 2017, Bloomsbury Professional);

●     that 'the wishes and feelings' of a child, the subject of proceedings, were factors the court must take into account when considering that child's welfare;

●     that in one statute should be the private aspects of children proceedings alongside the administrative law (which became known as 'public law': local authority care proceedings) components with, as far as possible, a consistent set of welfare principles to govern both; and

On children's rights, case law has been sparse since 1989. From early on it was understood that—Legal Aid Board permitting—a child could ask for permission to apply for an order under CA 1989, Pt 2 ('a Section 8' order); or, as the media called it, a child could 'divorce her parents' (as did CT in Re CT (A Minor) (Wardship: Representation) [1994] Fam 49, CA, [1993] 4 All ER 518, who wanted to leave her adopted parents and to go back to live with her birth family). The child's solicitor, with final say from the court, was the arbiter of whether a child had 'sufficient understanding' (CA 1989, s 10(8)) to make the application.

A comprehensive guide to the...
£58
View product

Lord Justice Thorpe explained how the courts must adapt and recognise a developing attitude to children's rights, their autonomy and to the court's obligations to comply with them: '[26] In my judgment, the rule is sufficiently widely framed to meet our obligations to comply with both Art 12 of the UN Convention and Art 8 of the European Convention, providing that judges correctly focus on the sufficiency of the child's understanding and, in measuring that sufficiency, reflect the extent to which, in the twenty-first century, there is a keener appreciation of the autonomy of the child and the child's consequential right to participate in decision-making processes that fundamentally affect his family life.'

A year later, in Re D (Abduction: Rights of Custody) [2006] UKHL 51, [2007] 1 AC 619 Lady Hale, then in House of Lords, considered whether an eight-year-old Romanian child should be returned to Romania. Of a child's views she said: '[57] … As any parent who has ever asked a child what he wants for tea knows, there is a large difference between taking account of a child's views and doing what he wants. Especially in Hague Convention cases, the relevance of the child's views to the issues in the case may be limited. But there is now a growing understanding of the importance of listening to the children involved in children's cases. It is the child, more than anyone else, who will have to live with what the court decides…Just as the adults may have to do what the court decides whether they like it or not, so may the child. But that is no more a reason for failing to hear what the child has to say than it is for refusing to hear the parents' views.'

'A case about children's rights'

CA 1989 was a clear, well-thought out and well-expressed piece of legislation which was broadly welcomed by anyone who came into contact with it. It was a credit to family law. A couple of years later—by contrast—a blot on family law reform appeared on the statute book: The Child Support Act 1991. Amended since—to twice its length—and with infinite permutations of subsidiary legislation, the 1991 Act is still there. It was designed for children's benefit as well, but it gives them no rights or permission to be involved in its administrative intricacies.

Early in her time in the House of Lords, Lady Hale was in a minority of one in a child support case, namely R (Kehoe) v Secretary of State for Work and Pensions [2005] UKHL 48, [2006] 1 AC 42, [2005] All ER (D) 171 (Jul). Kehoe had decided—harshly, it might be thought—that a parent could not sue privately for their child's maintenance. She could only wait for the Child Support Agency to fail, and then with appropriate funding she could apply for judicial review of the agency's dragging of its enforcement feet. Lady Hale started her minority speech: '[49] My Lords, this is another case… which has been presented to us largely as a case about adults' rights when in reality it is a case about children's rights. It concerns the obligation to maintain one's children and the corresponding right of those children to obtain the benefit of that obligation.'

So where are children's rights 30 years on, and from the heady 1980s which gave child law Gillick, Cleveland, and the UN Convention? The contexts in which a child's understanding is critical to proceedings arise as follows:

(3)     Within existing private proceedings, to dispense with a court-appointed guardian and proceed alone or represented by his/her own lawyer (eg, Mabon).

(4)     A child whose instructions to an instructed solicitor conflict with those of the children's guardian; and the child wants his or her part in the case to proceed on the child's instructions (FPR 2010, r 16.29(2)(a)).

But, and this is a major 'but', a child only has rights if that child can understand what her rights are and how to exercise them. How does a child (Chloe) in each of these categories make application to the court, always assuming somebody has told her she has the right in the first place?

By any adult standard the rules are obscure. For example, category (1): the child who, in 2019 is 'to divorce her parents'. Procedure must be found in two places. CA 1989, s 10(2)(b) and (8), if Chloe believes she is of 'sufficient understanding', enables her to apply for an order. As Lady Justice Black said in Re W, there is no definition of 'understanding'. If permitted to apply, Chloe progresses to FPR 2010, r 16.6 ('a child does not need a children's guardian'). Chloe can make her own application to the court if a judge agrees; or if she can find a solicitor who will take on her case and who can obtain legal aid for her.

From available reported case law, it seems likely that—with honourable exceptions: see eg Mabon and Re D (A Child) (International Recognition)—family courts rarely pay even lip service to Art 12 of the UN Convention. For example, in Re W neither are mentioned at all; and in Re CS the Convention was mentioned only as a quote from Mabon. But to 'assure to the child … [a] right to express views freely' the child must know that the child has that right and how her views are to be expressed. The mature child's views should surely be critical to any proceedings which affect that child?