The Child Abuse Inquiry must radicalise to succeed

Natasha Phillips
With scores of Inquiries already under its belt, and dozens more currently underway, Britain must break the mould with the nation's inquiry into child abuse, and implement an investigation that is truly ground-breaking. If it does not, it will be consigned to history as an expensive exercise, which helped no one.

To date, there have been over 70 inquiries focusing on child abuse in the UK, 67 of which have taken place in England. Today, we have 18 working child abuse inquiries in the United Kingdom, the largest in scope being the nation's Statutory Inquiry Into Child Abuse, which will be looking at historic and present day child sexual abuse in England and Wales. If we needed confirmation that cautionary tales and lessons highlighted by previous investigations have gone unheeded, the sheer number of predecessors to the nation's Inquiry serves to remind us. The prevailing inadequacies of serious case reviews for child abuse scandals also paint a grim picture of justice and welfare systems that either don't understand how to implement effective child protection policies, or don't have the resources to do so. The latest research into departmental responses suggests that both are obstacles to prevention. And with children's services departments around the country still struggling in the aftermath of scandal after scandal, progress is often slow at best and at worst, fleeting.

In some ways, the bar has been set low for the nation's Inquiry – very little positive change on the ground means that any recommendations the Inquiry makes are likely to be well received, but they are in danger of being repetitive. Every Inquiry that has gone before it has made recommendations, and reading through them the similarities are at once encouraging, and disheartening. That there appears to be, still, a very limited understanding of how child sexual abuse prevails and a continued and worrying variance in the quality of response to this type of abuse within government departments highlights the questionable impact Inquiries have on improving the welfare of children at risk. Needless to say, tolerance levels for more of the same when it comes to Inquiries, is at an all time low. So it is not unreasonable for the public to ask what the Statutory Inquiry thinks its investigations can genuinely offer the many victims of child abuse, both past and present.

The Inquiry, which officially gets underway this month as Chair Justice Goddard takes the helm on 13th April, has taken considerable inspiration from Australia's Royal Commission Into Institutional Responses Into Child Sexual Abuse. There are many aspects to the Royal Commission's approach that are to be applauded, and emulated, if we must emulate rather than innovate. Their online presence offers an excellent blueprint for our own Inquiry. Engaging and accessible, the Commission has a polished and user friendly website, as well as Twitter, Facebook and YouTube accounts. All a must in the technology era, both for accessibility and transparency purposes. Getting to grips with child sexual abuse as a phenomenon, has led the Commission into difficulty, however. After its establishment in 2013, and two years on, the Royal Commission has come to realise that it cannot make sense of the case studies before it without a deep understanding of child abuse itself, and so faced with a growing knowledge gap, it has now decided to conduct extensive academic and policy research in order to fill the void. 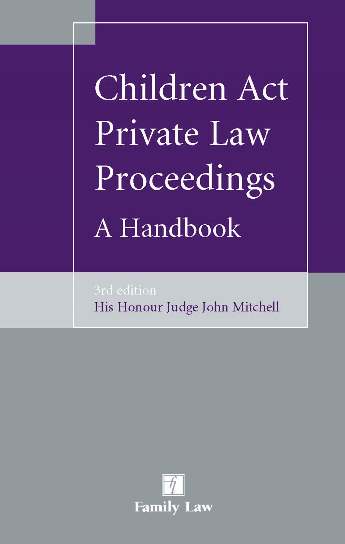 An authoritative study of the legal...
£41.99
View product
This is likely to be the first revelation of several, that in order to make sense of why and how government departments failed to respond appropriately to child abuse allegations, any inquiry will need to extend its remit beyond life-stripped institutions and look to individuals for answers.

Individuals play a vital role in the child abuse narrative. That may sound obvious, but our Inquiry is to focus only on inanimate wrongdoing; that of local authorities and schools failing to tick boxes and make phone calls, rather than individuals who failed to act, or those who engaged in abuse. This is likely to jeopardise the Inquiry's success and alienate victims and survivors further. No justification for the Inquiry's decision not to probe individuals has been given, and so the question remains: how can the Inquiry hope to explore the mechanisms which carry child abuse and its victims, enabling some of the worst crimes imaginable to happen to our most vulnerable? What then, is the purpose of the Inquiries Act's powers, compelling witnesses to give evidence, if not to discover or understand better the parts they played in the nation's shame?

There is too, the added imperative for survivors to feel seen and heard. Part of that process involves being vindicated. Often accused of dishonesty, trouble making and disgracing their communities, vindication is an integral part of the recovery process for survivors and victims of abuse. And whilst Home Secretary Theresa May has assured the public that any allegations will be handed to the police, this will not be enough. It is not that victims want to embarrass or publicly humiliate their abusers in the main – they just want the opportunity to show their communities and family members that their abuse was real. Many have been accused of lying for so long, their culture now demands an open recognition of their story, and their abusers.

Difficulties with allegations unproven and what will inevitably be large numbers of survivors wanting to tell their story, make the logistical aspects of questioning individuals difficult, but the Inquiry must find a solution to this problem, if it is to document child abuse in its entirety, and offer meaningful avenues of redress and recovery for victims and survivors. One such solution could be that if a name appears in a significant number of victim statements, that individual should automatically be summoned to the Inquiry for questioning. This would not create confidence in the Inquiry, but would allow the Inquiry a window into abuse within specific contexts, creating a complete picture of how abuse transpires, those who engage in it and how they are enabled. There is talk amongst activists highlighting domestic violence that the Inquiry must include this area too, in their investigation. Domestic violence is often at the root of child sexual abuse, and goes hand in hand in many cases. Current research in these areas is helpful, but it is piecemeal. The Inquiry would do well to embrace a comprehensive approach, bringing institutions, organisations, political movements and other bodies who may have abused children, together. Such an approach would be pioneering, and offer a template which could be reproduced around the world, and go on to provide key information which could protect children on a global scale.

The Inquiry is already looking to investigations around the world to ensure that its own is robust, reflective and worthy of its mission, but following good examples must only be part of its strategy. It must set an international standard in tackling child sexual abuse, for it is a global phenomenon and think like a radical, rather than an inquiry that is run of the mill.
The views expressed by contributing authors are not necessarily those of Family Law or Jordan Publishing and should not be considered as legal advice.
Categories:
Articles