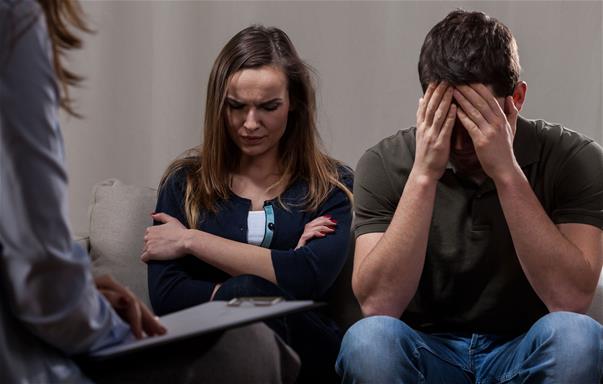 The case M v F: For reasons that will soon become apparent I shall start this post with a very brief outline of the procedure on an application for a child arrangements order.

Right, to the case I want to discuss. It is the case M v F, an appeal by a mother against a child arrangements order.

The background to the case M v F was, briefly, as follows.

The parties were married for about twenty years. They have a daughter, aged ten. The parties’ relationship ended towards the end of 2018, although the father did not move out of the matrimonial home until spring 2019.

In October 2019 the mother issued an application for a child arrangements order, stating that she sought a ‘live with’ order for herself, and for the father to have staying contact with the child for one night on alternating weekends, and for the holidays to be shared equally. We are told that the mother’s application appears to have been triggered by a dispute between herself and the father as to the extent of weekend contact between father and daughter, the father seeking contact from Friday to Monday every other weekend and the mother proposing Saturday until Sunday.

Some five days after the mother issued her application there was a telephone conversation between the father and the child, during which the mother alleges that the father screamed at the child for a prolonged period. As a result of the telephone call, the mother said that the child did not want to see her father without someone else there. The parties agreed an interim way forward, pending the FHDRA, that contact between the father and child should be supervised by an independent social worker.

The FHDRA took place on the 15th of January. Unfortunately, it was in the middle of an extremely busy list for the judge. No agreement was reached between the parties, and therefore the case would have to continue, possibly to a final hearing, which could obviously be some time away.

The judge, therefore, indicated that he wanted to order some interim contact between the child and the father, to cover the period before a final agreement was reached, or final order made.

And this was where things went wrong. Following the hearing, and in accordance with usual practice, counsel for the parties drafted an order in the form that they believed the judge indicated, essentially the contact proposals put forward by the father, settling arrangements for contact until December 2020 and beyond, allowing for Christmas and Easter Days to be alternated between the parents annually, and for birthdays and other festivals. The judge approved the order.

The mother appealed, on the grounds that the judge should not have made the order at a FHDRA, and that in any event, the order was not in the child’s best interests.

The appeal was heard by The Honourable Mrs Justice Judd DBE in the High court. As she said, the principal difficulty in the case M v F was that the child arrangements order was not consistent with the judgment or the other parts of the order, which made clear that the judge intended to make an interim order pending a return to court in April. She suspected that the enormous work pressures on all involved lay behind the order being drafted in the way it was, and then approved by the judge.

In the circumstances, the child arrangements order could not stand, and was therefore set aside. Happily, however, the parties were in agreement that unsupervised contact should take place, every other weekend, and this interim arrangement was approved by Mrs Justice Judd.

You can read the full judgment of the case M v F here.

This article was first published on the Stowe Family Law website, and is reproduced with permission.

Are ‘remote’ hearings suitable for all family cases?
Authors: Juliet Harvey
1 MAY 2020
At what age can a child choose who to live with?
Authors: Rachel Fisher
15 MAY 2020
Recognition of foreign marriage—implications of (Padero-Mernagh v Mernagh)
Authors: Siddique Patel
28 MAY 2020

Are ‘remote’ hearings suitable for all family cases?
Authors: Juliet Harvey
1 MAY 2020
At what age can a child choose who to live with?
Authors: Rachel Fisher
15 MAY 2020
Recognition of foreign marriage—implications of (Padero-Mernagh v Mernagh)
Authors: Siddique Patel
28 MAY 2020