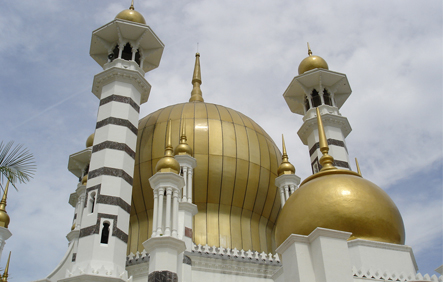 Most people know that for a marriage to be valid in the UK, a civil Registry marriage has to be performed. This is done according to the Marriage act 1949 and for same-sex couples in the UK, the Marriage (Same Sex Couples) Act 2013.

The effect of this is that it gives the married couple rights which a non-married couple generally do not have. Furthermore, upon divorce, both parties are entitled to financial provision and they can make applications to the court for remedies including maintenance for themselves and their children, periodical payments, sale of property, etc.
What most Muslims living in the UK will also know is that when a Muslim gets married, he/she will usually perform the Islamic Nikah ceremony first or at the same time as the Registry marriage. This is because Islam places great virtue and emphasis on the institution of marriage and also culturally, many people feel that they have not been truly married until they have had the Nikah ceremony performed.
Unfortunately, what most people do not know is that having just an Islamic Nikah does not create a legally recognised marriage with the couple still classed as a non-married couple in the eyes of English law. Therefore, should the marriage break down, the parties to that marriage will not have the same protection of the law as they would have if they had a Registry marriage performed.
Most Muslims, unwisely, think that a Nikah is sufficient and are happy to live that way in the UK. What they don’t realise is that there are a lot of people who take advantage of this ‘loophole’ in the law and use it to have two or even three or four wives.

At this point I can imagine that most Muslim men reading this will say to me, ‘Well what’s wrong with that? Islam allows us to have more than one wife’. While that is true, and a fact frequently cited by Muslim men, the fact which is not frequently cited is that for a man to have more than one wife, there must be a good reason and there must be perfect equality in treatment of the wives – this is something which is rarely achieved with having just one spouse, never mind two.
Article continues below...

Published on behalf of the International...
£85
View product

The practice title for family lawyers...
£385
View product
The other point which I must remind readers about is that bigamy or polygamy in the UK is actually an offence, although you may argue that if a man marries one woman by way of Nikah and Registry and a second wife by way of Nikah only, there is no polygamy in the eyes of English law. While that may be true, it is here that we approach the main issue - the inequality and injustice suffered by these women who are taken on as ‘second wives’. Quite often, the first wife does not know, and quite often, the second wife is brought into the UK and married here secretly which means firstly, they have none of the rights a married couple can expect to have and secondly, due to the clandestine nature of the whole marriage, she is often neglected and forced to live life as a second class citizen, not to mention the burden on the state in supporting her thorough benefits and housing.
So what is the answer to this problem? What should Muslims do?

Well, the simple answer is that there must be a concerted effort within our communities to educate Muslims that whenever they get married, as well as the Nikah they should also have the Registry ceremony performed. Unfortunately, at this moment in time, both of these things have to be done separately with only a few mosques in the UK registered to perform both Islamic Nikah and civil Registry marriages.
There must also be a change in the legislation so that the Marriage Act 1949 is updated to recognise Islamic Nikah and give Muslim married couples the full protection of the law.
On 26 June 2014, I was fortunate enough to be invited by my trusted colleague and mentor, Aina Khan, family solicitor and Head of the Islamic Department at Duncan Lewis Solicitors, to a round table meeting at the House of Lords to discuss unregistered marriages in minority faith groups. Aina has been working hard on this issue with the final aim of changing the law so that there is equality in all registered marriages, especially concerning marriages in minority faith groups.
We at Stradbrokes Solicitors are behind this project and will be doing whatever we can to drive this forward. Keep following my weekly blog for more details on this including a survey coming soon to collect data on this issue. Aina has also planned eight road shows and I will give you more details of them as soon as I know.
This article was originally published on LinkedIn and has been reproduced here with permission of the copyright owner.