The Benefit Of Cohabitation Agreements 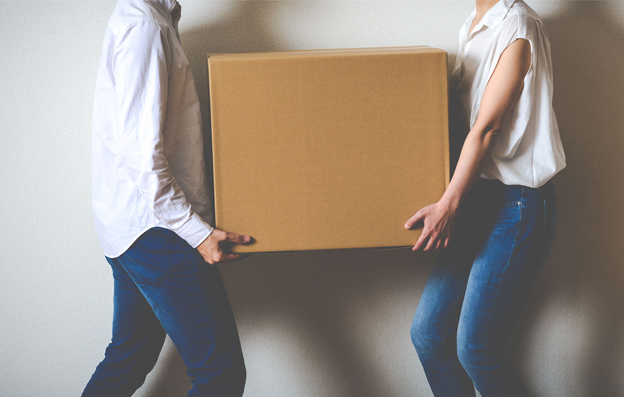 Many couples in Britain today live together without being married or forming a civil partnership. For some, the legal status of this situation isn’t well understood - do unmarried cohabitants have the same protections in law as a married couple? What happens if the relationship comes to an end? Are there ‘common law marriage’ rights?

In some situations, creating a cohabitation agreement - a legal contract formalising the terms of the cohabitation - can be a very sensible idea. In this article, we will look at what such an agreement does, why you might need one, and how to arrange putting one in place.

A cohabitation agreement - also sometimes known as a ‘living together agreement’, or a ‘no-nup’ - is a legal agreement for the relationship specifying how assets are owned and shared between partners, and what happens if you break up. Unlike marriages and civil partnerships, there is no legislation in England and Wales for cohabitation agreements in particular; instead, they fall under the normal rules of contract law.

A cohabitation agreement may be considered by a court if:

●    Both partners have each received independent legal advice and it has been established that neither has signed the agreement under duress.

A cohabitation agreement doesn’t cover day-to-day practical obligations and activities, such as who should do the cleaning or gardening around the home - these aren’t legal matters. However, it can address financial considerations such as who is responsible for paying the mortgage, rent and utility bills (or in which proportions if they’re shared).

It depends on the couple as to when they should draw up the agreement. Some like to get it done when they first move in together; for others, it may be after living together for a few years (perhaps prompted by the birth of a child or a decision to not get married).

The cohabitation agreement may need to be re-evaluated if circumstances change in the relationship - for example, if you later have children, move house or experience a substantial change to your financial situation.

An agreement that hasn’t been updated to account for major life changes may be found in court to no longer be relevant or enforceable. However, in some circumstances, anticipated events can be written into the agreement ahead of time to ensure its continued relevance in the future.

What are the benefits of having a cohabitation agreement?

As many as two-thirds of cohabiting couples in the UK may believe they are living in a ‘common law marriage’ (source: BBC News). Unfortunately, there is no legal basis for this, and unmarried couples who live together have no special rights by default.

Therefore, the only way to acquire legal protection against the breakdown of a cohabiting relationship - short of getting married or entering into a civil partnership - is to draw up a cohabitation agreement.

The advantages of doing so include:

●      Being able to clarify upfront each partner’s individual entitlement to the home. If one partner moves into a property owned by the other, they will have no automatic right to live there if the relationship ends - even if they have made contributions to the mortgage.

Similarly, a house that is co-owned by the couple will be divided 50-50 in the event of a breakup, even if one partner made the majority of the payments on it. By contrast, a cohabitation agreement allows the couple to legally establish who really owns what and if each partner should have rights they might not get automatically.

●      Provisions for the future. If one partner has been financially dependent on the other for years or has children, they will have no right to maintenance payments for themselves after a breakup. Unlike divorce or the dissolution of a civil partnership, cohabitation doesn’t automatically carry any obligation for ongoing support for either party - unless this was established in a legal agreement. There would still be an obligation to provide financial support for any children.

●      Reduced stress in the event of a breakup. The end of a relationship can be a very traumatic and emotional time - the last thing anybody wants is a legal dispute, the situation of being asked to move out of their home, or the feeling of having been financially mistreated. Agreeing your rights and ownerships ahead of time can make life much easier for everybody in the long run.

How do you get a cohabitation agreement?

To draw up a cohabitation agreement, you will need to first have an open and honest conversation with your partner to decide on the exact terms.

Once you have agreed between you how your assets are owned and shared (and what should happen to them in the event of a breakup), you should then work with a solicitor to have these decisions drawn up into a formal agreement. The cost involved in this process and the time it takes can be variable depending on the complexity of the agreement.

Both partners should seek independent legal advice about whether the agreement is fair and protects their interests, and it should be signed in the presence of witnesses.

What happens to a cohabitation agreement if you get married?

Unless otherwise specified, a cohabitation agreement will continue to be in effect during and after marriage. However, whether or not it will still be ultimately found by a court to be relevant and enforceable in the event of a divorce is difficult to predict.

It’s important to note that a cohabitation agreement can’t supersede or negate other legal rights - so a legal right introduced by marriage won’t usually be contradicted by such a document.

Therefore, some couples may write it into their agreement that the contract will come to an end in the event of marriage (and might replace it with a prenuptial agreement instead).

At the end of the day, a cohabitation agreement is a sensible document for many couples to own. It doesn’t have to seem unromantic - it’s a simple provision for the future, and it allows both partners to clearly understand their rights and what they own.

By drawing up an agreement, both partners in the relationship can give themselves many of the same legal rights as those enjoyed by couples in marriages and civil partnerships - and ensure stability in the coming years, no matter what.