The award of damages to enable surrogacy 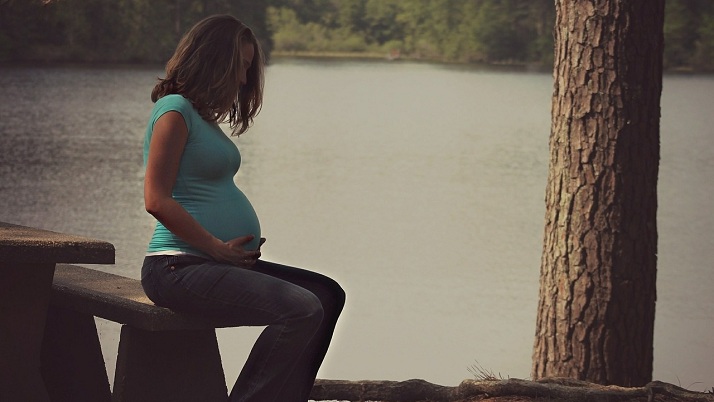 Given the nebulous nature of surrogacy law in the UK and the decision in Briody v St Helen's and Knowsley Area Health Authority [2001] EWCA Civ 1010, [2001] 2 FLR 1094, with its confusing obiter dicta, it is somewhat surprising that the funding of surrogacy for an infertile young woman was included in the heads of damages in the decision in XX v Whittington Hospital Trust [2017] EWHC 2318 (QB).

Between 2008 and 2013, the claimant, XX who was aged twenty-nine, had regularly complained of gynaecological symptoms in medical consultations at the Whittington Hospital Trust in London. In spite of undergoing smear tests, which were followed up with biopsies, no diagnosis was made of an invasive cancer of her cervix until the summer of 2013. Major surgery took place and was followed by chemo-radiotherapy which left XX not only incapable of bearing children but also with severe damage to her bladder, bowel and vagina as well as a premature menopause. Had the cancer been diagnosed earlier less damaging treatment would have been possible and XX might have been able to conceive and give birth to her own children. Before her treatment, XX decided to have her eggs harvested and twelve of them of them were cryopreserved by vitrification.

The Whittington Hospital NHS Trust admitted its negligence in disregarding XX’s symptoms and failing to make an early diagnosis of cancer. Sir Robert Nelsons’ decision was, therefore concerned only with the quantum of damages and this case note relates only to one of the heads of damages-the funding of surrogacy.

The claim for the funding of surrogacy

XX claimed damages to fund four surrogate pregnancies in California or the UK. She wished to use her own cryopreserved eggs or, if necessary, donor eggs. The Reproductive Medicine experts agreed that, on the basis of data from the USA involving cryopreserved eggs, XX might be able to have two surrogate children. The UK data was less optimistic and indicated that only one child was likely if XX used her own eggs; the data for the use of donor eggs suggested a slightly lower chance of success.

XX maintained that she had always wanted a family of four children. Both she and her partner came from large families and her sister and husband had ten children. She now found it difficult to visit them. She found it too distressing to look at small children given her inability to give birth to her own child. She and her partner believed that the only way to resolve this unhappy situation was to have children by way of surrogacy which, if their own gametes were used, would enable them to have their own biological children. If XX’s own eggs prove not to be viable, she was prepared to use donor eggs. XX and her partner wanted any surrogacy arrangement to take place in California where a commercial surrogacy arrangement would be legally binding. They would be able to secure their legal status of parenthood for any child born to the surrogate mother without any of the risks faced by those who enter into surrogacy arrangements in the UK. Sir Robert Nelson drew attention to the problems of UK surrogacy which did not exist in California. He explained that in the UK:

XX expressed her concern that the idea of attending an informal surrogacy party where potential surrogate mothers choose intended parents, a not unusual means of arranging surrogacy in the UK, was a frightening prospect. However, she was so determined to have children that she would confront this fear if the court refused her claim for damages to fund surrogacy in California which she would far prefer.

The law relating to damages  for surrogacy

In Briody v St Helens and Knowsley Area Health Authority, Ms Briody sought damages for the cost of surrogacy in California using her own eggs. At first instance, her claim was rejected on two grounds. First, the chance of a successful surrogate pregnancy was so low, around 1%, that it would not be reasonable to award damages to fund it. Second, commercial surrogacy was illegal in England and it would be against public policy to permit it to be undertaken abroad.  On appeal Ms. Briody wished to put forward an additional claim to fund the use of donor eggs and comply with English law.

The Court of Appeal dismissed her appeal; Ms Briody’s eggs were ‘so vanishingly small’ that it would not be be reasonable to award damages to pay for surrogacy which had a minimal chance of success. The court also held that had her additional claim been properly before it, that too would have been refused. Ms Briody’s proposal to use donor eggs would not have put her back in the position she was in before the harm occurred.

Lady Justice Hale, as she then was, maintained that Ms Briody’s proposal to undergo commercial surrogacy in California was contrary to public policy in the UK and that it would be unreasonable to expect a defendant to fund it. Lord Justice Judge, added that the damages sought by Ms Briody were to enable her to pay for an unlawful contractual arrangement and that was not a principled basis for compensation.

The Court of Appeal left open the question of whether the cost of a surrogacy arrangement using the mother's own eggs, with a reasonable chance of a live birth and complying with English law, would not be contrary to public policy. Lady Justice Hale thought, tentatively and rather confusingly, that such a possibility was 'a step too far'.

The decision in XX

Counsel for XX had argued that the Canadian decision in Wilhemson v Dumma 2017 BCSC 616 (Can L11) was persuasive authority for allowing a claim for damages to fund surrogacy abroad. The claimant was a Canadian citizen who sought damages to fund commercial surrogacy in a US state where it was a legal activity. The Assisted Human Reproduction Act S.C 2004 in Canada forbids commercial surrogacy. The British Columbia Supreme Court allowed the claim on the ground that Canadian law did not apply outside the jurisdiction and it would not contravene public policy to award damages to compensate an American surrogate mother. Sir Robert Nelson was not persuaded by the argument and concluded that on the basis of the decision in Briody, XX’s claim must fail. Given the law in the UK, to award damages to fund overseas legal commercial surrogacy would be contrary to public policy in the UK.

The changes relating to surrogacy, brought about by the Human Fertilisation and Embryology Act 2008 (HFEA 2008), and by subsequent decisions did not alter Sir Robert Nelson’s adherence to the decision in Briody. The Act had not legalised commercial surrogacy but merely accepted that non-profit surrogacy arrangements were permissible.  Taking a somewhat Jesuitical approach, he maintained that the fact that parental orders had been made by the courts after commercial surrogacy arrangements, both in the UK and abroad, did not make the arrangements legal. Such orders were granted to protect the best interests of children and the considerations of the needs of an intended mother were not a relevant consideration. Mrs Justice Ebbsworth in Briody had stated that the question of whether one should award damages in order to bring a new child into the world was a very different one from one relating to damages to care for a child who existed prior to the event which caused the damage.

Although attitudes to commercial surrogacy might have changed, Sir Robert Nelson maintained that any reform of the law to reflect those changes must be brought about by legislation or, possibly, by the Supreme Court.

Damages to fund surrogacy in the UK

Surrogacy using the claimant’s own eggs

In spite of acknowledging Lady Hale’s confusing obiter views in Briody in which she pondered the question whether, to be reasonable, reparation for causing infertility had to to have the potential to bring about not only of a child to rear, but also a child who was genetically and gestationally related to the claimant, Sir Robert Nelson awarded XX damages to fund surrogacy in the UK using her own eggs. He maintained that It would be neither illegal nor contrary to public policy provided the requirements of the HFEA 2008 were not infringed and there was a reasonable chance of a live child being born.

In Briody, Lady Hale in an obiter statement maintained that the funding for surrogacy using donated eggs:

‘[I]s not in any sense restorative of Ms Briody's position before she was so grievously injured. It is seeking to make up for some of what she has lost by giving her something different. Neither the child nor the pregnancy would be hers.’

Sir Robert Nelson accepted this view and rejected the claim for damages to fund surrogacy if XX needed to use donated eggs.

On the balance of probabilities, based on the expert evidence given to the court, XX would be able to achieve two live births by way of surrogacy using her own eggs. The Health Authority was ordered to meet these costs of £74,000. The Authority argued that the costs should be lowered or dismissed because XX would be able to access the substantial damages awarded for her other injuries. Sir Robert Nelson held that the damages under other heads of claim were not be treated as a substitute for a valid separate head of claim for the costs of surrogacy. XX was entitled to spend those other damages in accordance with her own wishes.

The decision in XX v Whittington Hospital NHS is significant because it establishes for the first time, albeit with severe limitations, that a claim for damages to fund surrogacy is now possible.  Its first limitation is that relating to donor eggs. The argument that the use of donor eggs would place XX in a better position than she was in before is an invidious one to make in XX’s circumstances and a difficult one to defend. Prior to her maltreatment by the Trust, XX was presumed to have had the ability to become a mother although it remained unknown how she would have become one. She tragically lost that ability but it could be restored to her by the use of either her own, or donor, eggs to bring about a successful surrogate pregnancy. Counsel for XX compared the use of donor eggs with that of the provision of a prosthetic limb to an amputee to enable him to walk again. The prosthesis would not restore him to the position he was in prior to the event which led to his claim for damages.

The decision’s second limitation relates to the refusal to fund overseas surrogacy arrangements. The refusal draws attention to the very confused state of the law relating to surrogacy in the UK and, in particular, the way in which it permits those intended parents, who go abroad to engage in commercial surrogacy, to be forgiven for their illegal behaviour and to be rewarded by the court. They are granted parental orders, supposedly, in the best interests of the child which they have illegally created; XX was denied the opportunity to access such a reward.