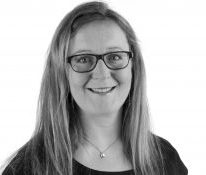 A story reported by The Telegraph last week raises some interesting questions about international surrogacy. The reporting states that a 28-year-old wealthy Japanese businessman paid women in Thailand between $9,300 and $12,500 each to bear his children. To date he has fathered 13 children using Thai surrogates, explaining that he wanted a large family and was able to support them financially.

Initially there was concern from Thai authorities who thought there may be an issue of human trafficking, but after due process a court official stated that:

‘For the happiness and opportunities which the 13 children will receive[…]the court rules that all 13 born from surrogacy to be legal children of the plaintiff.'

Before 2015, India was the source of a highly lucrative ‘rent-a-womb’ industry, where couples flocked from around the world to fulfil their parenthood dreams. The Indian commercial surrogacy market was estimated to be worth around $1.5bn. Each couple would pay around £20,000 of which just £7,000 would go to the surrogate mother.

Then, in November 2015, amid concerns of exploitation, the Indian government banned foreigners using Indian surrogate mothers. Indian fertility professionals said that they supported the introduction of regulations to protect the health and rights of the women and to shut down unregistered clinics. A doctor from an IVF centre based in New Delhi told The Telegraph:

‘We provided excellent care [for the surrogate mothers] when they are pregnant and we care for them afterwards. We are all in favour of regulation.'

Since 2015 other Asian countries have followed India’s lead, causing the surrogacy market to open up in destinations such as Ukraine.

Over the past 2 years, more and more couples are turning to Ukraine surrogacy agencies in the hope of finding surrogate mothers. According to reporting from the BBC, around 5,000 surrogate pregnancies are taking place there each year. Ukraine law recognises the couple, not the surrogate, as biological parents from the point of conception. In addition, in Ukraine there are no limits on the amount of money a surrogate mother may be legally paid.

Surrogacy In other countries

Surrogacy that is altruistic, in which the mother may be reimbursed for expenses alone, is practiced legally in many countries including Canada, Denmark, New Zealand, the UK and Australia except for the Northern Territory which has new laws on the matter.  In these countries, commercial surrogacy is illegal. Countries where all surrogacy arrangements are illegal include Bulgaria, France, German, Italy, Portugal and Spain. US laws on the matter vary from state to state but it can cost more than $100,000 in states where payment is permitted.

What about the UK?

In the UK, surrogacy is legal but operates under very strict regulations, which are outlined in the Surrogacy Arrangements Act 1985 (the Government issued its first guidance on surrogacy this week).  It is against UK law to advertise that you are willing to act as a surrogate, that you are looking for a surrogate, or to come to a surrogacy agreement for money. It is clear that any contracts signed between the surrogate and the couple are not enforceable under UK law.

Unlike the Ukraine, the surrogate mother will be the legal mother of the child until the court makes a parental order. This applies whether or not the child was born in the UK or abroad and there is no automatic recognition of any foreign orders or birth certificates naming the intended parents are the parents. The surrogate’s spouse may also be the child’s father under UK law. Following the birth of the baby, parenthood is transferred to the couple via a parental order which is made by the court. The court will direct that a Parental Court Reporter prepare a report for the court. He or she is a trained social worker and will investigate whether the legal requirements for the order are met. They will consider the child’s welfare and make a recommendation to the court. The child's welfare throughout his or her lifetime must now be the court's paramount consideration. The court cannot make a parental order without the consent of the surrogate and her spouse, if they are the second legal parent.

The Government advises that legal advice may be needed, as different countries have their own rules on the matter.

A global issue: the Surrogacy Convention

It is hard to imagine, but the global surrogacy business is estimated to be worth around $5bn a year. It is recognised that surrogacy can bring with it many complex legal issues, especially when the arrangement crosses international borders.

The International Convention on Surrogacy is currently aiming to regulate surrogacy, with the support of The Hague Conference on Private International Law, an institution comprising all EU member states. It is expected that the outcomes of the Convention will impact on future international law and take precedence over any national laws. It is hoped that tighter regulation of surrogacy practices will provide clarity and protection for all involved: the couple, the surrogate and of course the child.

This article was originally published by Osbornes