Talking to Myself in the Middle of a Sahara (part one) 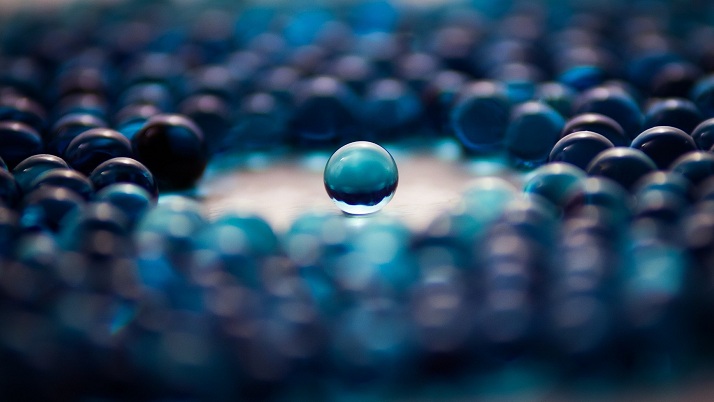 What happens to the most vulnerable children in our society when there is a demand for regulated secure placements that cannot be met by supply? The funding and resource problems inherent in local authorities attempting to locate suitable placements for children with complex mental health needs under their care are not new. In 2017, the former President of the Family Division, Sir James Munby, in Re X (A Child) (No 3)[1] stressed emphatically that it was ‘imperative [for local authorities] to find an appropriate placement’ for any particular child in their care. Going on to express his frustration in that particular case, Sir James succinctly articulated the obstacles that seem to accompany the placement of children with complex needs: ‘I might as well have been talking to myself in the middle of the Sahara.’ Now, over three years have passed, but the same difficulties persist and the patterns repeat themselves.

This article, split into two parts, will provide an analysis of the duty placed upon, and the problems faced by, local authorities. The first half will focus on the facts of Lancashire CC v G and explore the difficulties regarding section 22G Children Act 1989. The second half, aided by the recent findings and recommendations of the Children’s Commissioner, will identify the need for solutions to the startlingly real crisis that extremely vulnerable children are experiencing, which is once again being emphasised.

In his judgment on Lancashire CC v G (Unavailability of Secure Accommodation),[2] MacDonald J details an eerily similar factual matrix which is ‘now depressingly familiar to the Family Division of the High Court’. In his judgment MacDonald J references a number of cases over the past three years with almost identical sets of facts, and almost identical judicial calls for reform. Hayden J in Re M (A Child: Secure Accommodation)[3] described the lack of secure accommodation as ‘profoundly depressing’. In Re T (A Child),[4] McFarlane P observed that the same was ‘plainly a matter for concern … that young people are being placed in units which, by definition, have not been approved as secure placements by the Secretary of State when that approval has been stipulated as a pre-condition by Parliament’. Furthermore, the Court of Appeal in Re B (Secure Accommodation Order)[5] specifically noted the ‘absence of sufficient resources’ in cases such as this. These are just three out of seven judgments referred to by MacDonald J.[6] Clearly, something needs to change.

It is useful at this juncture to consider the facts involved in Lancashire CC v G. They will be referred to in some detail, as they lend weight to the stark reality that children in G’s position face; their young lives appear continually to be at a crisis point, with little relief from increasingly brief moments of stability.

G was born in 2004 and is now 16 years old. Her mental health needs are quite clearly complex. Her background was astutely summarised by MacDonald J and appears in part below:

MacDonald J went on to note the need for a decision to be made for G, given her vulnerability and risk of ‘possibly fatal’ harm. As such, the deprivation of G’s liberty was granted, under the caveat that it was an ‘emergency placement and [would] only be sustained for as long as it takes to identify a more permanent placement for G.’

Since the first hearing, G’s behaviour deteriorated further, including instances involving self-harm leading to the calling of an ambulance, swallowing screws and batteries, and significant weight loss. In the eleventh hearing on this matter on 4 February 2021, and the fourth judgment handed down by MacDonald J, the precariousness of G’s situation is bleakly brought into sharp focus.

The authorisation of the deprivation of G’s liberty has been extended thrice more over a period of just under six months.[7] At the time of writing, G remains in what was originally intended to be an emergency and temporary placement.

Insufficient accommodation for children in care

What then should children such as G be provided with? The local authority has a statutory ‘general duty’ to ‘secure sufficient accommodation for looked after children’, which is outlined in section 22G of the Children Act.[8] Notably, the Act specifies that local authorities must have regard to the benefit of having both a ‘number of accommodation providers’ and a ‘range of accommodation’ in their area that is capable of meeting different needs.

Thus, quite an onus is placed upon local authorities to meet children’s needs, no matter how complex. However, this responsibility is somewhat diluted by the inclusion of the phrase: ‘so far as reasonably practicable’. As noted by the Children’s Commissioner in the November 2020 briefing entitled ‘The children who no-one knows what to do with’,[9] the brunt of the problem remains funding. Despite best efforts by social workers and local authorities, there remains a shortage of clinical provision for children who do not meet the requirements of mental health legislation but have high levels of complex needs.

While the importance of section 22G is acknowledged by governmental guidance published in 2010 regarding this duty,[10] this arguably does not go far enough in ensuring that local authorities meet the needs of looked after children. The guidance’s acknowledgment that the ‘sufficiency duty requires local authorities to do more than simply ensure that accommodation be “sufficient” in terms of the number of beds provided’ relies on more than purely motivation. As evidenced more than a decade on from the introduction of section 22G, this statutory duty continues to be difficult to meet.

In spite of section 22G(4)’s emphasis on a ‘number’ and ‘range’ of accommodation providers, the Children’s Commissioner’s report notes that there are simply not enough places available, meaning local authorities are ‘left ringing around for last-minute, over-priced, possibility inadequate placements’. This is made woefully clear by the fact pattern in Lancashire CC v G. MacDonald J details the difficulty in finding a suitable placement in G’s case, explaining that many placements do not have vacancies, and those that do either are unable to meet G’s needs or consider the risk of housing her to be too high.[11]

[8] Specifically, the provision dictates that local authorities have a general duty ‘to take steps that secure, so far as reasonably practicable’ looked after children with accommodation that is ‘within the authority’s area’ and which ‘meets the needs of those children’

[10] For example, the Guidance recognises that having ‘the right placement in the right place, at the right time, is a vital factor in improving placement stability, which in turn is a critical success factor in relation to better outcomes for looked after children’ at 1.7