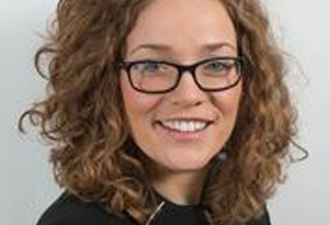 Julie Tierney
Solicitor
The ever-developing law for cohabiting partners took another step forward after a landmark ruling in the Supreme Court allowed an unmarried woman’s appeal to receive a survivor’s pension from her deceased partner’s public sector pension scheme.

In Re Brewster for Judicial Review (Northern Ireland) [2017] UKSC 8, the appellant, Ms Denies Brewster, resided with her partner Mr William Leonard McMullan at their jointly owned home in Coleraine, Northern Ireland, for some 10 years. The couple became engaged on Christmas Eve 2009 and tragically, only 2 days later, Mr McMullan died unexpectedly at the age of 43. Mr McMullan had no children and died intestate.

For 15 years prior to his death, Mr McMullan was employed by Translink, Northern Ireland’s public transport service. During his employment with Translink, Mr McMullan paid in to his Local Government Pension Scheme, administered by the statutory body NILGOSC. The pension scheme was administered pursuant to the Local Government Pension Scheme (Benefits, Membership and Contributions) Regulations (Northern Ireland) 2009 (the 2009 Regulations). The Department of the Environment for Northern Ireland (DENI) is responsible for the 2009 Regulations.

In April 2009, on foot of the 2009 Regulations, a cohabiting surviving partner became eligible for payment of a survivor’s public sector pension on the understanding the surviving partner met the definition of cohabiting partner and only when the cohabiting partner had been specifically nominated by the pension scheme member. Ms Brewster believed Mr McMullan completed the necessary nomination; however, NILGOSC refuted ever having received said nomination. Therefore, on foot of regulation 25 of the 2009 Regulations, NILGOSC refused to pay to Ms Brewster a survivor’s pension. Ms Brewster’s appeal before the Supreme Court proceeded on the basis that the relevant nomination was not made.

The 2009 Regulations do not stipulate a requirement for nomination of surviving spouses or civil partners. Ms Brewster’s application for judicial review argued that the absolute requirement of nomination imposed only on cohabiting partners in order to qualify for a survivor’s pension constituted unlawful discrimination contrary to article 14 of the European Convention on Human Rights and Fundamental Freedoms (ECHR) when read in conjunction with Article 1 of the First Protocol (A1P1) to ECHR.

Pensions on Divorce Seminar 2017
This focused seminar from an established team of...
View product

This focused seminar from an established...
View product

This work provides commentary,...
£105.99
View product
Ms Brewster succeeded in her application before the High Court in Belfast ([2012] NIQB 85), where Treacy J held:

[59] The imposition of the additional hurdle in respect of cohabiting partners has had an effect in this case which appears to run contrary to the legitimate aim of the legislative scheme which was to facilitate entitlement to pensions without discrimination on grounds of status. In fact, in this case, the additional requirement, unique to qualifying cohabitees, has become an instrument of disentitlement.

[60] … I therefore conclude that whilst the impugned regulations pursue a legitimate aim there was not, for the reasons given, a reasonable relationship of proportionality between the means employed and the aim sought to be achieved. In this case the means defeated the aim.

The appeal by NILGOSC and DENI to the Court of Appeal ([2013] NICA 54) was allowed by majority. In his judgment, Higgins LJ held:

[21] … There may be other means of notifying the Committee of the member’s wishes and the identification of the beneficiary but this is the method chosen by Parliament. As Lord Dyson observed in Swift when a line has been drawn like this some cases will fall on the wrong side. It does not mean the line or the scheme was unjustified or disproportionate.

Ms Brewster’s appeal to the Supreme Court was unanimously allowed, declaring that the nomination requirement outlined in the 2009 Regulations should be disapplied and Ms Brewster be entitled to receive the survivor’s pension on foot of the scheme. Lord Kerr (with whom Lady Hale, Lord Wilson, Lord Reed and Lord Dyson agree) gave judgment.

It was agreed by all parties that a survivor’s pension fell within the ambit of A1P1 as a recognised “possession” and that Mrs Brewster enjoyed a comparable status to a surviving spouse or civil partner for the purposes of Article 14 ECHR. The only issue, therefore, for the Court to adjudicate upon was whether the interference with Ms Brewster’s right to receiving the survivor’s pension was 'objectively justified'.

As argued by DENI, the 2009 Regulations were influenced by those reforms already in place in England & Wales and such Regulations 'were designed to ensure that the existence of a cohabiting relationship, equivalent to marriage or civil partnership was established in an objective manner and also that the wishes of the scheme member had been identified through the execution of a valid nomination form during his lifetime' (at [29]).

Although it was accepted by the Court that the procedural requirement, as outlined within the 2009 Regulations, was necessary to establish a genuine relationship existing between the scheme member and their partner, it was not accepted that a specific nomination in addition furthered the evidential process in anyway.

The Court outlined that the objective of the 2009 Regulations was to amend the scheme to include individuals such as Ms Brewster and to comply with obligations under ECHR and the Human Rights Act 1998. As to the specific nomination requirement, the Court outlined:

'[36] If nomination was not required of a married survivor of a scheme member and if the overall aim of the amended regulations was to place a surviving cohabitant who was in a stable, long term relationship with the deceased scheme member on an equal footing with a surviving spouse or civil partner, the need for a nomination procedure in the case of the cohabitant is difficult to find. If it was designed to test the truth of a claim that the relationship was stable and long-lasting, that would be one thing. But it was not.'

In the absence of any compelling argument for the specific requirement to nominate being made, the Court ruled the imposition of a nomination for cohabiting couples unjustifiably limited Ms Brewster’s Article 14 rights.

This decision from the Supreme Court is a refreshing move forward on the law of cohabitation in the UK and the rights of cohabiting couple families in the continuing absence of definitive legislation. It was hoped the introduction of the Cohabitation Rights Bill would help provide necessary definition to the rights of the fastest growing family type in the UK. Whether or not the Bill will pass remains to be seen.
Categories:
Articles