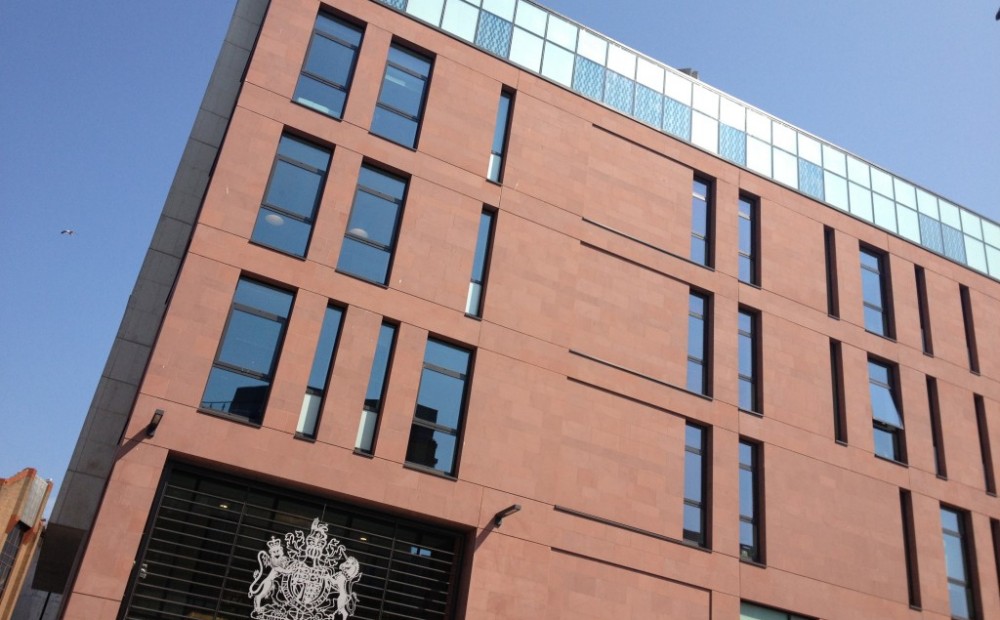 Amy Sanders
On 1 October the Bristol Family and Civil Justice Centre hosted the first event of its kind whereby members of the public, press, support services and professionals alike all joined together to discuss the workings of the Family Court and surrounding issues.

His Honour Judge Stephen Wildblood QC, the Designated Family Judge for the area and driving force behind the event, was joined on the panel by barristers Judi Evans and Zahid Hussain from St John’s Chambers, freelance journalist Louise Tickle and senior law lecturer Emma Whewell from the University of the West of England.

The aim of the Session was to throw light on some common issues dealt with in the Family Court and provide clarity about the way things happen and why decisions are made the way they are. Family proceedings have long since been considered things that are private and that happen behind closed doors. This is something the Court is working on changing, to become more transparent and accessible. As HHJ Wildblood QC put it “we serve the community and the community must know what we do”.

By way of introduction HHJ Wildblood QC reiterated the importance of the work the Family Court does; the emotive and controversial issues it sometimes has to tackle and the vulnerable people it involves.

The speakers gave overviews of the main types of work the Family Court undertakes, including private law children cases involving disagreements about where children should live, who they spend time with, holiday arrangements and decisions about last names and school choice. Public law children cases involving the Local Authority were also discussed in terms of how the court decides on the best arrangements for a child and the range of orders available and what the results of these orders mean.

Relationship breakdowns involving divorce, civil partnerships and people who live together were considered, including potential consequences such as domestic abuse and financial issues.

The role of the media in court was explained in terms of how it can be daunting to have journalists in the court but in reality, the extent to which they can share information is limited and can be restricted further if the judge feels it is necessary to protect the anonymity of the parties concerned.

Practical tips and a question and answer period rounded off the Session. There was a wealth of information about what to do if you have a personal or family disagreement, who you can turn to for support and free advice (all contained in the Resources document available at www.familylaw.co.uk/bristolfls). Further information included what to do if you need to prepare a statement and get paperwork ready for a hearing, practicalities about attending the court and what the judge’s role is.

The audience were able to speak to the panel directly and a variety of questions were asked ranging from what happens if the court makes a mistake, to disagreeing with a Local Authority and what to do if unproved allegations are raised in proceedings.

With the event full to capacity and numerous people still on the waiting list it is clear that people want to know about the workings of the Family Court and have the chance to interact with those involved at the heart of the decision making. It is hoped that this pioneering Session will be the first of many and that the topics covered can be expanded upon.

Feedback from the event includes:

“A great opportunity to have insight from a judge setting a foundation for more transparency in the family court system.”

“Please roll this out across the country as soon as possible.”

“Take the event around England and Wales to educate more people in other towns/regions.”

“I would definitely attend future sessions like this one.”


'Beyond Proud' to have been a speaker at the UK's 1st free family law class to the public. Thanks for making it happen. #familylaw


Extraordinary to hear a lawyer addressing room full of parents on the courts draconian powers of adoption. Room is silent. #bristolfamilylaw


All the info from the #BristolFamilyLaw Session is available here - a big thanks to everyone involved http://t.co/ErSxSaLqGG … #familylaw


Bristol heads: of interest to parents? Family lawyers (+ me) doing FREE session on what's involved in going to court. pic.twitter.com/shjs8zQ4u4