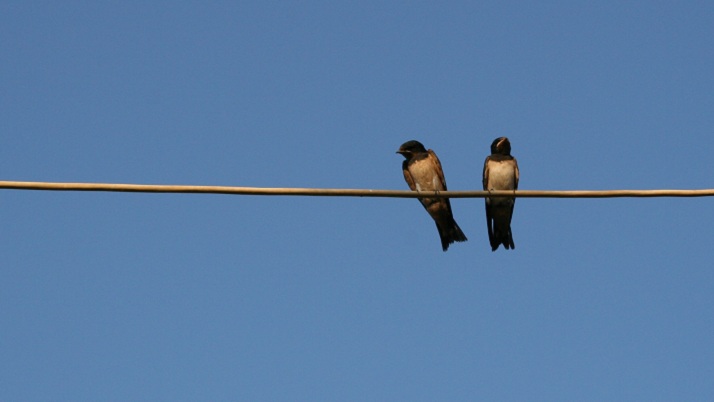 From 6 April 2022 England and Wales has a new divorce law, so-called no-fault.  It is the most significant divorce law change since 1969.  It introduces an entirely new basis of obtaining a divorce and a new timetable.  It will have different consequences for the applicant and the respondent.  It allows joint petitions and joint applications for the final divorce.  Service will be invariably by email as default service method.  In any event, divorce itself is now an almost entirely online process.  Nevertheless, however welcome this new law, there are significant flaws in its operation and application, particularly with the adverse impact on the respondent. This note looks at some of these pitfalls in practice

England’s new divorce law comes into force on 6 April 2022. I have written more extensively about the legislation itself here and about the rules here.

I was on a working party of the Law Society which was very involved in commenting on the draft legislation in Parliament and then on the rules. Some of our comments were taken on board and some not so. There was a feeling that the legislation was rather rushed with insufficient time for good consultation and discussion about the detail within the process. Very few doubt the importance of the introduction of no-fault divorce. Unfortunately, it comes with many pitfalls and problems, particularly for the respondent. Moreover, some of these problems have only become apparent as the rules and forms have been produced and discussion occurring between practitioners.

So, this is a preliminary note on some of the pitfalls for practitioners in considering the new legislation.

In a no-fault divorce process, it might be thought that there would be no partiality between the applicant and the recipient of the divorce proceedings. Perhaps different in a fault-based process but not where there is no blame on either. Yet because the new divorce legislation is being superimposed on the 1973 MCA legislation, some of the fault-based processes are being imported into the no-fault culture. This is very unfortunate and inappropriate.

It might be thought that at the end of the 26-week period from initial filing of the divorce, either spouse or civil partner could then seek the final divorce. Unless it was initially a joint divorce application, the clear answer is no. And all because of the position in 1973. Although the applicant, petitioner, can apply for the final divorce order six weeks after the decree nisi, the conditional order, the respondent has to wait another three months. In other words, 4½ months after the conditional order. In a no-fault environment, this makes no sense whatsoever. It is s9.2 MCA.

It must be hoped that there will be quick realisation that this is wholly inappropriate, partial and discriminatory against a respondent who has done nothing wrong and is free of any blame or fault but now has to wait an extra three months if for whatever reason, fair or otherwise, the original applicant for the divorce chooses not to obtain the final divorce order.

At present on the fault-based divorce law, if the applicant, petitioner, for whatever reason (and see more below) decides not to progress the divorce to the conditional order, presently known as the decree nisi, the respondent has to issue a cross petition on whatever grounds may be available. Invariably it is cross allegations of unreasonable behaviour. The new petition is issued, served, and presuming undefended, the respondent can very quickly themselves seek the conditional order, the decree nisi.  Knowing this, petitioners rarely delay this particular stage.

Under the new divorce law process, it will be very different. If again for whatever reason, tactically or otherwise, the applicant having started the divorce decides not to progress through the conditional order stage, the respondent has to issue their own divorce application, as now. But crucially the 20 weeks are running again. It may be perhaps 40 weeks from the time of the original filing that the respondent can eventually obtain the conditional order. Previously, an undertaking might have been secured from the petitioner that they would progress the divorce as quickly as possible according to the timetable. This undertaking might have been forthcoming as a condition for not defending any divorce. That condition is no longer applicable; there will be no defended divorces. There is no need for the petitioner to seek such approval. The position of the respondent is therefore much weaker.

Perhaps one answer over the coming months is to review whether in these circumstances it would be possible to abridge the 20-week period if the respondent had to commence their own separate new proceedings. After all, the initial 20-week period would have been satisfied and why put the parties through this process a second time?

The above deals with the position where the applicant for the divorce deliberately delays applying for the conditional order. There may be very good reasons to do so. If they may be seeking orders concerning pensions or policies or other financial orders and it is crucial these orders are in place before the final decree of divorce, then it would be wise not to apply for the conditional order and thereby to allow as much time as possible for the making of the final financial arrangements. The risk is often in circumstances of the pension or policyholder dying between the final divorce order and the financial settlement being put in place whereupon the applicant finds they have to make claims against the person’s estate rather than having automatic claims as a deceased spouse. If the applicant applies for the conditional order which is then granted, the timetable is ticking away fast before the final divorce order could be applied for by the other party and thereby cause prejudice to the applicant.

It may be possible to overcome this by an undertaking by both parties, recorded on the court file, that there will be no application for the final decree of divorce until the final financial order is in place and appropriately implemented. This is the preferred solution. It may not always be available or provided and in those circumstances holding off the conditional order will be prudent.

The Law Society had recommended to Parliament there should be a provision that there would be no final decree of divorce if there would be any material prejudice to either party by the divorce being granted before the final financial order was in place. Parliament and the promoters of the legislation rejected this. For the respondent, there might be assistance in s10.2 MCA in delaying the final divorce order so that financial arrangements can be put in place. This is only available to the respondent, not the applicant. Practitioners acting for the applicant should review this scenario at the outset before commencing the proceedings.

One of the significant benefits of the new law is the expectation that email service will be the default mode. Well overdue and thorough recognition of present practice. Except the rules require that at the same time as email service, the divorce papers must be sent to a physical address by first class post. This seems thoroughly incongruous and historic. It is likely to be overlooked by some. There will be a few cases where the physical address is genuinely not known by the other spouse although they may communicate by email. Somebody may not have a physical address for the purposes of service. Moreover, what happens if the papers return from the physical address marked unknown and yet email service was clearly good and sufficient and reached the recipient? Arguably service hasn’t occurred.

This looks like a lack of confidence in email service. It is an encumbrance, added time and costs and in almost all cases producing little benefit. Like some of these other provisions, it must be hoped that there will be an early review, and this will be scrapped.

One of the excellent developments of the new law is the opportunity for joint divorce applications. This has been needed over very many years. It recognises that a number of couples will want symbolically to declare jointly that the marriage has come to an end without either party being the perceived respondent. But both parties should make sure there will be cooperation at the next two stages, application for the conditional order and the final divorce order, otherwise there are additional procedural steps and timetable delays. If any doubt, it may be better for there to be a sole petition.

If only one party decides they want the conditional order, the next stage in the divorce 20 weeks after the filing of the original joint divorce application, the applicant must at the same time send a copy of the application to the other party, i.e., the one no longer going ahead jointly. Although the rules do not specifically say, it’s likely the court will want to be satisfied that they have been served.

Careful thought should be given before embarking on joint divorce applications. They are highly commendable and fit with the spirit of no-fault divorce. But they have certain additional complicating elements within the process which must be brought into account.

Although one of the benefits of the new legislation is the opportunity for proceedings to be commenced jointly, curiously the greater benefit, recognising the dynamic of what may have occurred over the previous 20 weeks and more, is that they seek the final divorce together, mutually. Although the recipient may not initially have been expecting a divorce or may not have thought the marriage had broken down irretrievably, they may have come reluctantly and gradually to this opinion during the process. At this point, they both want to recognise that they are jointly seeking the finality of the divorce by a joint request for the final divorce order, made in joint names with neither of them being notionally applicant nor respondent. I admit this is what I had understood would occur from the pre-draft legislation discussions. But it is not unavailable. This is a huge pity. It goes against the hope of what might occur during the 26-week period. Even though one spouse finds themselves the original respondent, they cannot during this period change the structure of the divorce so that it becomes neutral and joint.  This is a great pity and again it must be hoped this will be rectified fairly quickly.

This is an initial note before the new divorce law fully comes into force. It has many flaws, and it will be important for the family law profession to examine how it works and make suitable proposals to produce a better working model, suitable for a no-fault divorce process. These are certainly not all of the pitfalls, and it will be essential for practitioners to continue to share and discuss how the divorce law and process can be much improved. We have waited a long time for no-fault divorce, and we must now make this present law as given to us by Parliament workable in the spirit of no-fault.