Silver surfers: an increasing number of over 65 year olds are divorcing 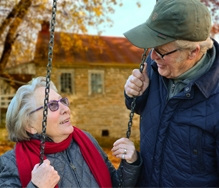 Jayne Turner, a partner at Ashfords, writes that statistics show an increasing number of over 65s are divorcing. This trend began in the 1990s and contrasts with the overall falling divorce rate.

The rise is partly attributable to longer life expectancies and looks set to continue as the number of people aged 60 and over in the UK is expected to exceed 20 million in the UK by 2031. A quarter of the population will be 65 by 2031.

Other reasons cited for this increase are the lack of stigma now attached to divorce and the increase in working women leading to greater financial independence.

Over 65s are often in good health and without the responsibilities of work and dependent children for the first time since reaching adulthood. Some may regard it as an opportune time to end an unsuccessful marriage without complications. Nevertheless, it is important to seek specialist advice about the financial implications of separating and the options available, particularly where property and pensions are involved.

In many over 65s separations, pensions will be the main source of income. While the Basic State Pension cannot be shared on divorce, the Additional State Pension can be subject to a Pension Sharing Order as can occupational and personal pensions even when in payment.

With a long marriage, the starting point is usually an equal division of the assets and regarding pensions, this can be achieved by a Pension Sharing Order which results in each party having the same income from all the pension provision accrued by both. Another option is offsetting, where one party takes a greater share of the other assets in lieu of pension sharing.

Before reaching any settlement, each party needs to provide the other with full details of their financial circumstances including pension values. If a Pension Sharing Order is made the recipient will either become a member of the pension scheme themselves, or their part of the pension, known as a credit, will be transferred into a different scheme of their choosing. They will have total control over this pension which will not be affected by their ex-spouses decisions or their ex-spouse's death.

Jayne is a Partner in the family team of Ashfords, based in the Taunton office. Turner specialises in complex and high net worth cases, involving businesses, inherited wealth, large pension funds and investment portfolios.