Home / News & Comment / Sign on the dotted line… Does a will need a witness’ signature to be valid?
News & Comment
Online Shop
CPD & Events
Authors
About Family Law

Sign on the dotted line… Does a will need a witness’ signature to be valid? 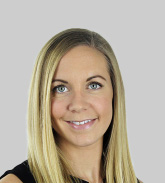 Katie Allard
Associate
No will shall be valid unless the testator’s signature is made or acknowledged by the testator in the presence of two or more witnesses present at the same time. Each witness must then attest and sign the will.

This is perhaps one of the most fundamental requirements for a will to be valid, as laid out in s 9 of the Wills Act 1837. But what does 'sign' mean? Is an actual signature required? This was what the court was asked to determine in Payne & Anor v Payne [2018] EWCA Civ 985.

The facts of the case are as follows. The deceased made two wills, one in 1998 and the other in 2012. The 1998 will appointed his second wife as executor, and left most of his estate to her. On the will, the deceased had written his name in the space reserved for his signature. Underneath his name were spaces for two witnesses to each write their name, address and occupation. Both witnesses had provided that information in capital letters. There was no separate designated space for each witness to place their signature. Consequently, there were no witness signatures in the sense in which the word is commonly used and understood.
Article continues below...

Winners announced!
View product
The 2012 will appointed the deceased’s son from his first marriage and his grandson as executors, and left most of the estate to them.

After the deceased died, his second wife (the appellant) argued that the 2012 hadn’t been validly executed. The deceased’s son from his first marriage and his grandson (the respondents) issued proceedings seeking proof in solemn form. The trial judge decided that neither wills were valid. In relation to the 2012 will, the judge found the respondents to be unreliable witnesses, and as such any presumption of due execution that might otherwise have arisen was displaced. Regarding the 1998 will, the judge noted that the appellant had produced neither the original will nor statements from the original witnesses as to the circumstances in which it had been executed. She considered that merely filling in the names of the witnesses in capital letters did not satisfy the requirement for the will to be 'signed'.

The appellant applied to obtain belated evidence from the attesting witnesses, but this was refused.

The judge concluded that the 1998 will had not been properly attested, and as such the will was invalid and the deceased was to be treated as having died intestate.

On appeal, the court looked at the attestation requirements under s 9 of the Wills Act 1837. The original version required witnesses to 'attest and subscribe' the will in the presence of the testator. It did not use the verb 'sign' except in relation to the testator’s signature. When s 9 was substituted by the Administration of Justice Act 1982, the word 'subscribe' was replaced with 'sign'. This had not been intended as a change of substance, but merely an adoption of a more modern term. The requirement to 'sign' the will did not mean that a 'signature' was required in the sense of an identifiable and unique personal mark. It is sufficient for witnesses to merely write their name with the intention that the act of writing it should operate as an attestation.

Had the first instance judge been wrong to reject the 1998 will? The Court of Appeal held that she had been. The judge was wrong to refuse the application to adduce new evidence from the attesting witnesses. On its face, the will was validly executed, and having heard evidence from one of the attesting witnesses, the Court of Appeal found no reason to depart from this.

There is strong public interest in valid testamentary dispositions being upheld. In hindsight, evidence should have been obtained from the attesting witnesses as soon as possible in this case (as in any case). However, it is important that the overriding objective prevails and the court is prepared to do all in its power to ensure that such matters are resolved justly. This includes permitting (or even insisting on) evidence from witnesses.

This case should also serve as a reminder to solicitors to be particularly vigilant in circumstances where they leave it to their client to execute a will themselves to ensure that the requirements of the Wills Act 1837 have been properly met. In the case of Humblestone v Martin Tolhurst Partnership (a firm) [2004] EWHC 151 (Ch) the court ruled that a solicitor owed a duty both to the testator and his beneficiaries to check that a will had been properly executed when it was returned to them for safekeeping. Failure to fulfil this duty could leave the solicitor in question open to a claim of professional negligence.
This article was originally published by Kingsley Napley
Categories:
Articles

Foreign assets: should you try to cover everything under one will?
Authors: Andrew Jones TEP
17 APR 2018
Cohabitees’ inheritance rights – courts will decide each case on its facts
3 MAY 2018

Foreign assets: should you try to cover everything under one will?
Authors: Andrew Jones TEP
17 APR 2018
Cohabitees’ inheritance rights – courts will decide each case on its facts
3 MAY 2018