Home / News & Comment / Should child welfare professionals be made to report child abuse? - The case for and against
News & Comment
Online Shop
CPD & Events
Authors
About Family Law

Should child welfare professionals be made to report child abuse? - The case for and against 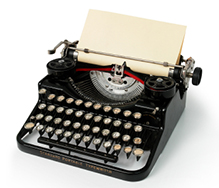 Natasha Phillips
The government has announced that it will shortly fulfil its promise to launch a consultation looking at the possibility of making reporting suspected child abuse compulsory. This development is not surprising, as child sexual abuse scandals like those involving Jimmy Saville and the towns of Rotherham and Telford continue to expose weaknesses in the protection of children within settings which should be effectively safeguarding them from harm.

But what might mandatory reporting look like, and what are the pros and cons? Mandatory reporting is a duty, enforced by law, to report suspicions of child maltreatment to the head of an institution or child protection organisation, including the police. The standards applied to create an obligation to report are varied. For instance, any new law put into place may require the reporter to 'suspect', have 'reason to believe' or 'reasonable cause to suspect' that a child is being abused. It is unlikely that lodging a suspicion would lead to the reporter having to provide proof of the abuse; however, a failure to make a report could lead to a jail sentence.

Prime Minister David Cameron hopes to extend the offence of 'wilful neglect' to include more individuals who come into direct contact with children as the ground for breaching any duty to report which might be enshrined in law. The wilful neglect or ill-treatment offence was first introduced in the Criminal Justice and Courts Act, which was passed in 2015 and, at this time, applies only to care workers or care provider organisations looking after children and adults in the NHS and adult care homes.

Opinion over whether to broaden that requirement to report, though, is deeply divided. Charities working on tacking child sexual abuse are broadly in favour of the requirement because it is seen as a way to bolster child protection services and potentially stop abuse before it becomes too late. The National Association for People Abused in Childhood (NAPAC), a leading coalition of charities, would like to see mandatory reporting implemented because it believes that to do so would not only protect children from abuse, but would also afford protection to those reporting maltreatment. Currently anyone who chooses to report suspected child abuse is deemed to be whistleblowing, an action which is not covered by statute and leaves reporters vulnerable in situations which are challenging, and can lead to a whistleblower losing their job or being singled out or bulled in the workplace for not toeing the line. Those who would like to see mandatory reporting of child abuse in the UK, including academics and barristers, believe that it would force people to report abuse rather than give potential reporters the choice to stay silent.


Article continues below...
However, not everyone is convinced that a duty to report in law would act as a preventative measure or protect children from abuse in the long-term. Detractors remain sceptical that a law would compel child welfare professionals to report alleged abuse in any event, and have also raised concerns over how to define a failure to report. In 2014, Home Secretary Theresa May expressed strong reservations about the policy, suggesting that a compulsory duty to report would inevitably lead to a surge in unfounded allegations which would put the child protection sector under further strain and make it impossible to deal effectively with genuine cases of abuse.

Today, eight countries subscribe to mandatory reporting of child sexual abuse, but the structures and policy outlines differ from state to state and country to country, making the policy diverse in nature. Countries who have signed up to mandatory reporting include Australia, Canada, Denmark, Finland, Spain, Sweden, the USA, and the Republic of Ireland.

In America, approximately 48 states have laws which require professionals to report suspected child abuse, with some even conferring commercial film or photograph processors and computer technicians with a duty to report. As this policy cements itself across the world, research on its impact and efficacy has begun to emerge. While some US academics point to evidence which suggests that mandatory reporting (which has been in place since the 1960s) is being ignored due to a fear that calling out abuse may in some way harm the child concerned, other US-based research implies that a much higher number of abused children go on to be identified without causing additional stress and strain on the systems being used to detect the abuse. In the state of Western Australia, where compulsory reporting came into effect in 2009, a recent study suggests that a duty to report in law (for Western Australian children at least) has been a good thing, with twice as many sexually abused children being identified after the introduction of the law.

However, a duty in law cannot be enforced without a strong working culture within both the child protection and child welfare sectors generally; something the NSPCC highlighted in a 2014 report, which looks at ways of implementing the duty effectively. The charity offered four key points to healthy and functional safeguarding: protective, organisational cultures; supportive policies to amplify the voice of the child; external checks to ensure that the correct measures are being implemented; and swift action when the system fails to protect children properly, including protecting those who report abuse.

The government's consultation will play an important part in the fate of any duty to report child abuse, and will keep the debate around child protection and its failings alive for some time to come. Whether a duty to report in law should be implemented is perhaps less important a question than whether the systems dealing with child abuse can truly absorb more policies before addressing the current flaws in day-to-day safeguarding.
You can follow Natasha on Twitter: @Sobukira.