Sex and the simple test? 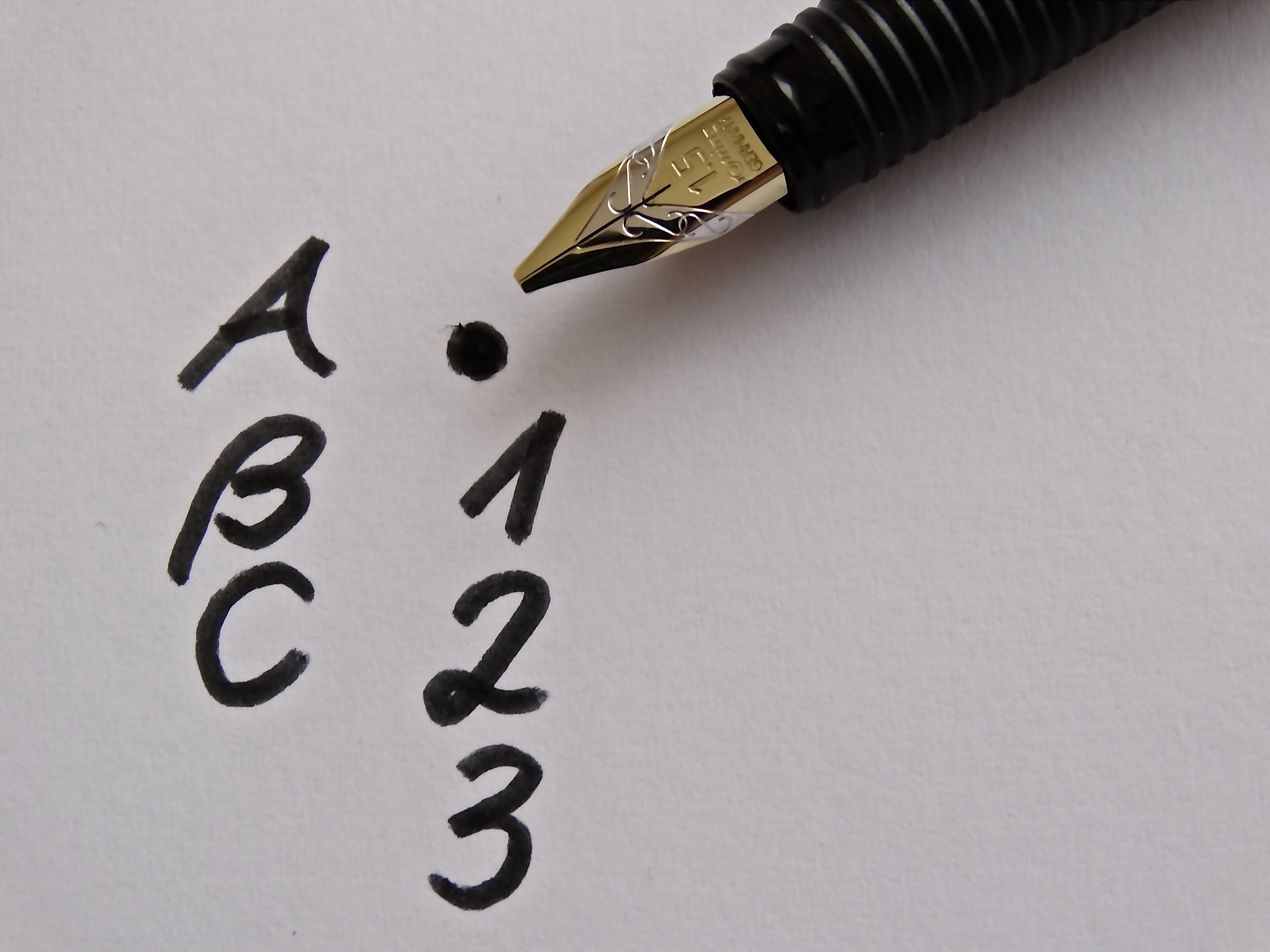 Alex Ruck Keene
Barrister
In London Borough of Southwark v KA and Others [2016] EWHC 661 (Fam), Parker J had to grapple - again - with the question of whether a young person had capacity to consent to sexual relations and to marry. For present purposes, I am not so interested in the facts of the case - although this was a rare case in which the individual in question was found to have the material capacity (and an even rarer case where they were found to do so, notwithstanding the fact that they were found not to have the capacity to conduct the proceedings). Suffice it to note that the case concerned a 29-year-old man of Bangladeshi origins with learning disabilities, whose family were seeking to arrange a marriage for him as a way to secure support for him once his parents became too old.

The case is of real note, however, as regards the approach adopted to the law relating to both capacity to consent to sexual relations and to marriage.

Capacity to consent to sexual relations

Parker J was invited to undertake an attempt to reconcile the notoriously tricky authorities in the area. She declined to do so on the basis that it was invidious to be invited to disagree with decisions of judges of a concurrent or higher jurisdiction, and the basis that 'one more decision made simply add more uncertainty, potential disagreement and burden on the judiciary in determining what is meant to be a simple, straightforward test'.

So far, so straightforward. Parker J did, however, find herself having to grapple with certain aspects of this apparently simple test, in the face of a request by the parties (explicit on the part of the local authority and implicit on the park of the Official Solicitor) as to the necessary degree of understanding of:
Parker J addressed the issue of consent first, holding that it was not part of the relevant information, but, rather, fundamental to capacity:

'53. In my view consent is not part of the "information" test as to the nature of the act or its foreseeable consequences. It goes to the root of capacity itself.
54. Mr McKendrick submits that consent is the exercise of capacity, and not relevant information. I put it a different way. The ability to understand the concept of and the necessity of one's own consent is fundamental to having capacity: in other words, that P "knows that she/he has a choice and can refuse". [a reference to A Local Authority v H]
55. I am less certain that consent of the other party is fundamental to capacity.
56. The core cases do not specifically deal with this issue: some refer to P's consent and in some there is passing reference to the consent of a partner. None analyses why the latter consent is part of the capacity test.
57. Since it is all too possible for sexual contact to take place, and does take place, without consent the necessity for the consent of a partner does not obviously form part of the capacity test, particularly since the issue of consent in the criminal law can give rise to complex debate as to mens rea, particularly in cases of apparent consent or lack of explicit communication of consent.'
Parker J did not, however, expressly have to reach any conclusions in relation to these issues because she was satisfied that KA both understood and retained the understanding of necessity of consent of both himself and his partner/spouse.


Article continues below...
As regards health and pregnancy, Parker J emphasised how important it was to 'decouple' welfare from capacity. She then went to note that 'pregnancy is a separate type of consequence from illness and must be considered separately. It does not constitute ill-health'. She noted that 'the debate as to the "risks" of ill-health arise from Hedley J in A Local Authority v H "in my view it should suffice if a person understands that sexual relations may lead to significant ill-health and that these risks can be reduced by precautions like a condom"', but held that:

'69. Hedley J did not state that a lesser degree of understanding would not suffice, nor what significant (not serious) ill-health might entail.I note that he did not refer to mortality. He did not say that P must have an ability to name disorders or describe their symptoms.
What is "significant" in terms of ill-health is very subjective. From the perspective of the sufferer any sexually transmitted malady must be significant. All can have effects which may be unpleasant and affect well-being.
72. I do not agree that it is necessary for KA to understand condom use, which, leaving aside efficacy, goes to welfare and not capacity. I read Hedley J is referring to protection methods to illustrate understanding, and not to define it.'
Crucially, Parker J emphasised:

'73. Even though the statutory criteria need to be looked at individually, evaluation of a particular capacity should not simply be practical  but also has a holistic element. it is not an examination in which one has to attain a certain mark in all modules.
74. The issue specific question is not whether P lacks capacity in respect of contraception, or disease control, which I accept, as Mr McKendrick says, is a different issue, but whether overall looking at the relevant information, capacity is proved absent.'

'77. [...] take into account aspects of his decision making which affect the consequence of his decision making, so long as they do not affect the decision making process in itself.
78. Nor is it a factor that in a family which facilitates arranged marriage KA is much more likely to find a bride than if he was unaided.
79. It is not relevant to his understanding of marriage that he does not understand:
a) That a wife will need to obtain entry clearance;
b) How financial remedy law and procedure works and the principles are applied. The fact that he might lack litigation capacity in respect of financial remedy litigation does not mean that he lacks capacity to marry.'
Parker J noted that she did 'not know whether a marriage will truly bring happiness to KA. His disabilities will provide challenges for any wife, and they will be different for a wife who has capacity from one who lacks it, A marriage might lead to distress, conflict and misery for KA and his family, as opposed to enhancement of his life and of his personal auonomy. But it is not for me to weigh up the relative chances of finding a wife who is prepared to love and cherish KA with all his needs against that of finding one who is unequal to the task.'

She also held that she had 'no evidence that KA would necessarily lack litigation capacity to decide to end a marriage or to agree or resist a divorce. In that unfortunate event that would need to be assessed in context. He might be regarded as a vulnerable adult where a decision in reality would be made for him by others. But all this is for the future and not relevant to his capacity now'.

On its facts, this case represents an admirable defence of the right of a young person to make their own decisions as to sexual relations and marriage, rather than to be barred in the name of protection. It also represents - on one view - an approach to capacity that, in practice, took account of the cultural circumstances of KA and the approach being adopted by his family to securing for his care in later life. There is therefore much to be applauded in this judgment.

I remain deeply uneasy, however, about the fact that so apparently 'simple' a test as the capacity to consent to sexual relations continue to generate so much litigation about its very meaning, as opposed to its application. Does the fact that so many judges, doing their vest to apply the plain words of a statute, come up with so many slightly different interpretations of that statute, itself suggest that we are asking them to ask an impossible question? And this is, of course, to ignore the fact that the rest is completely different when it comes to the criminal sphere: being person-, not act-specific.

Further, if the test for capacity to enter into sexual relations must be going to go further at some stage, I also anticipate that the test for capacity to marry will do as well - Parker J's comments about the irrelevance of financial remedy law will, I suspect, only fuel the concerns of those practitioners who believe that an understanding of the financial consequences of marriage is required. Those with a long-ish memory will recall that permission to appeal the decision of Hedley J in A, B and C v X & Z [2012] EWHC 2400 (COP) was granted, precisely to consider this point, but then discontinued when the man in question died.
The Court of Protection Practice 2016 is now available in print and online. COPP retains its well-established format as the leading court reference work governing this fast-developing jurisdiction, with a status akin to its sister publication The Red Book. This new edition has been further enhanced and updated throughout, thus ensuring that practitioners have all the latest developments at their fingertips.

This article was originally published on Alex Ruck Keene's Mental Capacity and Law blog and has been reproduced here with kind permission.