Set aside and appeals: a ‘procedural quagmire’ 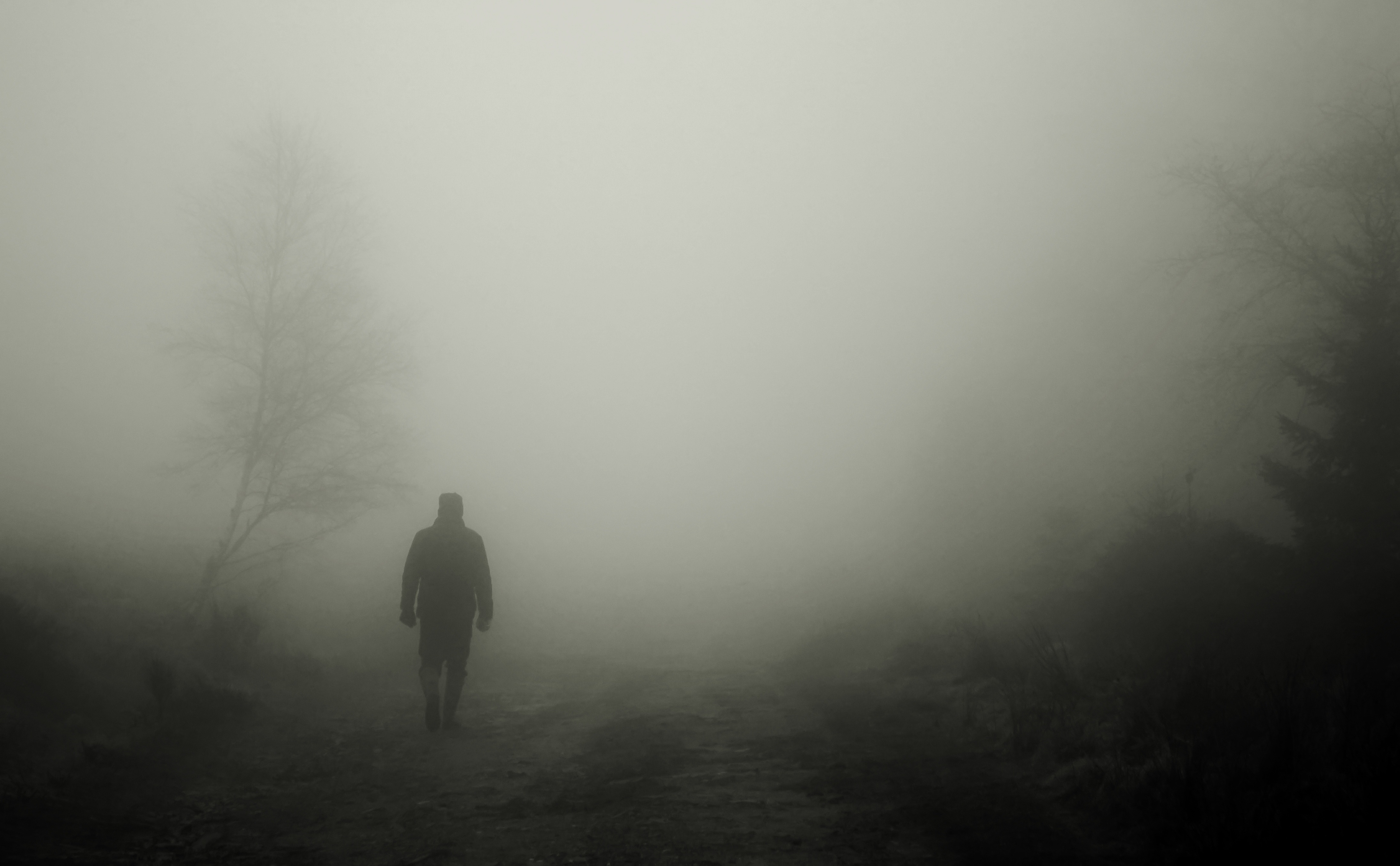 Procedural law in the family courts is in a mess where family circumstances change within a short time (say up to a year) after an order, or there are circumstances which come to light which make an order appear wrong (non-disclosure, fraud, mistake) – collectively known by lawyers as ‘supervening events’. The procedural consequences of such material changes of circumstances has been described by Sir James Munby P as a ‘quagmire’ – repeating his words from L v L [2006] EWHC 956 (Fam), [2008] 1 FLR 26 (at para [39]) – in CS v ACS (below). Can the court which made the order be asked to put things right? If not, can application be made to an appeal court? If so, how is this to be done; that is, how is the ‘quagmire’ to be forded?

The common factor in all this is that a family court – the High Court, Family Division or the Family Court – has made an order in family proceedings. The order may be in children or financial proceedings; and it may be by consent or following contested proceedings. A party to those proceedings seeks review of the order.

Different terms are used – appeal, set aside of orders, revocation, variation – in statute law and the rules. However, what is being requested of the court is that an order is set aside and a retrial or fresh hearing ordered.

Set aside and appeal out of time: recent case law

The questions which these set aside issues raise have been considered in three recent cases at senior courts level (all in April 2015):
(1) In CS v ACS & Anor [2015] EWHC 1005 (Fam) (16 April 2015) Sir James Munby P sitting as a judge of the High Court considered a consent order in financial proceedings where, it was said by a wife that her husband had not provided full relevant financial disclosure. The question for the court was whether the wife had been correct to apply back to the court which made the order? The President said she was; but seems to have overlooked the constraints which may arise from Senior Courts Act 1981, s 17 (‘SCA 1981’: see further below).

(2) In Re D (Children) [2015] EWCA Civ 409 (30 April 2015) the Court of Appeal heard a local authority’s appeal against a judge’s order, where he had allowed an appeal long out of time against a district judge’s care order. The court was critical of the free-ranging approach to a parents appeal against an earlier care order; and of where, as a matter of law, the judge had held that the district judge was wrong not herself to consider whether older children’s evidence on which the care order was based should be tested. The court doubted that the law could be said to go so far as to require such a consideration by the court (Re W (Children) (Abuse: Oral Evidence) [2010] UKSC 12, [2010] 1 FLR 1485, paras [46]-[52]). The main criticisms of the procedural approach adopted by the judge were that he did not require the parents (in person before him) to follow appeal procedures set out in Family Procedure Rules 2010 Part 30, and to proceed on a clearly pleaded appeal case of which all parties were aware and to which they could address their cases in court.

(3) Critchell v Critchell [2015] EWCA Civ 436 (30 April 2015) was a relatively routine application under the jurisdiction in Barder v Barder (Caluori Intervening) [1988] AC 20, [1987] 2 FLR 480 where a consent order was said to have been invalidated by subsequent events, namely by a legacy and forgiveness of a debt received by a husband shortly after the order had been made. The Court of Appeal agreed that the appeal judge had been correct to hold that, on the facts of this case, that permission to appeal out of time should be given and the appeal allowed (a Mesher charge on the former matrimonial home transferred to the wife was removed).

Critchell need only concern this article further by a reference to the words of Black LJ (at the conclusion of her judgment), which underlie all appeal out of time cases under consideration here. She said that it was ‘well to remember’ what was said in Barder (page 493):

‘[22] … that the question before the court was a difficult one because it involved a conflict between two important legal principles and a decision as to which should prevail. One principle was that cases should be decided, so far as practicable, on the true facts and the other was that it was in the public interest that there should be finality in litigation. The strength of this latter principle is to be seen in the restrictive application by the courts, over the years sinceBarder, of the conditions laid down in that case.’

All of these types of case start from the principles re-affirmed by Black LJ above: that there should be finality in litigation: a person should not generally be troubled by the same litigation twice (see eg The Ampthill Peerage case [1977] AC 547). However, so far as possible cases should be decided on the true facts (ie not eg where material evidence was not considered below). (These principles are likely to be part of the argument where permission to appeal has been given by the Supreme Court in two alleged non-disclosure cases: Sharland v Sharland [2014] EWCA Civ 95, [2014] 2 FLR 89 and Gohil v Gohil [2014] EWCA Civ 274, [2015] 1 FLR 178.)

The route for applications to set aside a consent order was summarised by Sir James Munby P in CS v MCS (above) at para [6] as:

Application to ‘set aside an order’: which court?

In B-T v B-T [1990] 2 FLR 1 Ward J (as he then was), in a judgment described by a five judge Court of Appeal (in Taylor v Lawrence [2002] EWCA Civ 90, [2003] QB 528) as ‘masterly’, explained the various courses open to an applicant in cases such as this, and that the course chosen depended on the court in which application was made. In 1990 family proceedings were in the High Court (as now) and the county court under three different sets of rules. Since April 1984 there remains a similar division in family courts as between High Court and the Family Court, with one set of rules but differing statutory provisions (not considered by either the president in CS nor by the Court of Appeal in Re D).

(1) Where any cause or matter, or any issue in any cause or matter, has been tried in the High Court, any application for a new trial thereof, or to set aside a verdict, finding or judgment therein, shall be heard and determined by the Court of Appeal except where rules of court made in pursuance of subsection (2) provide otherwise.

(2) As regards cases where the trial was by a judge alone and no error of the court at the trial is alleged, or any prescribed class of such cases, rules of court may provide that any such application as is mentioned in subsection (1) shall be heard and determined by the High Court.

Thus an application to set aside in the High Court must be to the Court of Appeal which can then allow an appeal by a variety of disposals which include (at Civil Procedure Rules 1998 (‘CPR 1998’), r 52.10(2)) to ‘set aside or vary any order or judgment’ or ‘order a new trial or hearing’ (all words echoed in s 17(1)).

In the Family Court only Matrimonial and Family Proceedings Act 1984, s 31F(6) (which has effect from April 2014) provides as follows:

The family court has power to vary, suspend, rescind or revive any order made by it, including –


(a) power to rescind an order and re-list the application on which it was made,

(b) power to replace an order which for any reason appears to be invalid by another which the court has power to make, and

(c) power to vary an order with effect from when it was originally made.

Procedure on appeal or fresh application

In Gohil (above) the Court of Appeal considered fully the impact of s 17(1) on procedure in set aside cases (at paras [57]-[61]); though ultimately they rejected Mrs Gohil’s appeal. The President mentions to the passage in Gohil, but limits his citation only to para [57] which refers only to the power of the court to set aside for non-disclosure confirmed by Livesey (formerly Jenkins) v Jenkins [1985] AC 424, [1985] FLR 813.

As to Re D and any family proceedings application to set aside or to appeal: if it is to be an appeal (whether on Barder or other out of time principles) application is by procedure under FPR 2010 Part 30 (or if to the Court of Appeal by CPR 1998 Part 52); and if by separate application by FPR 2010 Part 23 in the original proceedings, or by fresh application under FPR 2010 Part 19. And if fresh evidence is to be adduced on an appeal separate application should be made in the appeal notice to adduce that evidence under principles in Ladd v Marshall [1954] 1 WLR 1489, (1954) FLR Rep 422.
The views expressed by contributing authors are not necessarily those of Family Law or Jordan Publishing and should not be considered as legal advice.
Categories:
Articles