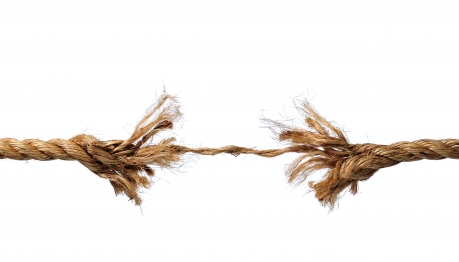 In  JL v SL (No 1) [2014] EWHC 3658 (Fam) Mostyn J heard an appeal from District Judge Reid in the PRFD (as it then was).
The wife appealed the decision on the basis that the judge had erred in three ways:

Mostyn J allowed the appeal on the first two grounds of appeal, but rejected the third ground, on the basis that the decision was “squarely within her remit of her decision”.

In relation to the first ground, the wife had received £465,000 in two tranches from her mother, as inheritance from her late father. She transferred £190,000 of this into her husband’s name. In her evidence she stated that the reason for this was to give the husband some funds as their other assets were ‘tied up’. Mostyn J held that there should have been an unequal division of the pool of assets to reflect his inheritance. This necessarily impacted on ground two, as the wife would have more funds to invest, and therefore a lower need for spousal maintenance.

Instead of exercising his discretion as the appellate court, Mostyn J ordered a retrial before him because there had been two changes of circumstances since the first instance hearing which could not be ignored. These were:

Mostyn J held that both the wife’s inheritance of £465,000 and the husband’s net share sale proceeds of £586,334 were non-matrimonial assets.

In respect of the inheritance, the fact that there had been some mingling did not make the non-matrimonial source of the funds irrelevant.

In terms of the share sale proceeds, they were made over 20 months after the separation, from a job which the husband took 11 months after separation and in a completely different sector to the job in which he had worked during the marriage.

As such, the matrimonial assets (ie not the inheritance or the shares) were divided equally. The judge then assessed the paties’ needs, and found that no adjustments needed to be made, and therefore the inherited assets and assets acquired post-separation were not divided at all. Further, Mostyn J held that no spousal maintenance was required as, using a Duxbury calculation, the wife was easily able to meet her needs from the income that could be generated from investing her capital.

In order to reach this finding, Mostyn J looked at the case law on non-matrimonial property and post-separation accrual.

Whether property is matrimonial or non-matrimonial

In assessing this, Mostyn J looked back at this earlier case of N v F (Financial Orders: Pre-Acquired Wealth) [2011] EWHC 586 (Fam), [2011] 2 FLR 533. In this he set out that the process should be:
Mostyn J set out that despite this approach, mingling may nonetheless lead to an unequal division of the matrimonial property. For example, although the matrimonial home will normally be deemed matrimonial, an unequal division could be justified if the contributions to the purchase price had been unequal.

How property accrued post-separation is treated

Mostyn J again referred back to one of his earlier cases, Rossi v Rossi [2006] EWHC 1482 (Fam), [2007] 1 FLR 790, to set out the principles which should be followed and paragraphs 24.1 to 24.7 of that judgment should be read in that regard. Broadly speaking, Mostyn J set out that assets which came about after separation due to the personal industry of one of the parties are non-matrimonial. Then, as with pre-acquired assets, the matrimonial property should be divided equally with the non-matrimonial property not being shared (subject to needs, of course). In deciding whether the post-separation accrual should be shared and, if so in what proportions, considerations will include whether the applicant has proceeded diligently with his/her claim and whether the personal making the post-separation accrual has treated the other party fairly during the proceedings.

Mostyn J also identified two different kinds of post-separation assets, the terminology having been created by Roberts J in Cooper-Hohn v Hohn [2014] EWHC 4122 (Fam), [2015] 1 FLR 745:
Although Mostyn J endorsed the Rossi principles in this case, they must be treated with some caution, as he merely pays lip service to the criticisms enunciated by Charles J in H v H [2007] EWHC 459 (Fam), [2007] 2 FLR 548 rather than dealing with Charles J’s critique.

Although Mostyn J provides a useful summary of his views on how to deal with pre-acquired, inherited and post-separation assets, he has been rather selective in the cases that he has considered, mainly drawing on his own prior cases.

Even if Mostyn J’s approach to the treatment of these assets is considered correct, which it broadly seems to be, he fails to provide much reasoning or analysis as to why he classifies the assets on the facts of this particular case in the way that he does. He provides some reasoning in relation to the share sale, but he provides no explanation as to why the inherited sum of £465,000 is treated as wholly non-matrimonial. He provides no reasoning as to why the mingling of these funds did not make them subject to sharing (even in unequal shares). As such, rather unhelpfully, we have no guidance on the circumstances in which a mingled asset retains its non-matrimonial nature. As such, first instant judges may have to use their ‘intuition’ in this respect for a while longer.
The views expressed by contributing authors are not necessarily those of Family Law or Jordan Publishing and should not be considered as legal advice.
Categories:
Articles