Sauce for the goose: the origin of legal clichés 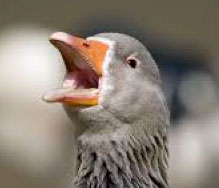 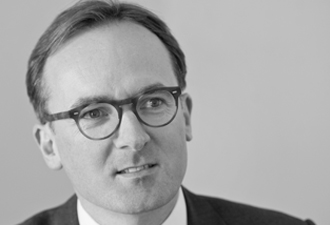 It is a truth universally acknowledged, that no financial remedy hearing can properly conclude until one or other advocate has declaimed “…the wife must cut her coat accordingly”, “…sauce for the goose is sauce for the gander”, or “going forward”, the husband “…having made his bed must lie in it”.

In Politics and the English Language (1946), George Orwell wrote: “As soon as certain topics are raised, the concrete melts into the abstract and no one seems able to think of turns of speech that are not hackneyed: prose consists less and less of words chosen for the sake of their meaning, and more and more of phrases tacked together like the sections of a prefabricated henhouse”.

One imagines Orwell sitting alongside a judge hearing a First Appointment or FDR, squirming while submissions are made.

This article is not intended as a pious sermon against clichés – not least because the writer is in no way qualified to give such advice. It is a consideration of five of the more unusual sayings that have become commonplace, to the extent that they are frequently cited in court as though they have quasi-legal authority: “Q. Why is this property suitable?” “A. The wife must cut her coat accordingly”.

Sauce for goose is sauce for gander

The point is a simple one: “what is fitting for the husband should also be fitting for the wife” (acc. Brewser’s Dictionary of Phrase & Fable). Hence, if the husband has made provision in his schedule of outgoings for £6,000 on holidays, why should not the wife have a similar allowance? “A. Sauce for the goose”.

Quite how this expression has become so embedded in modern family law is unclear, particularly as sauced goose is rarely, even for the grandest counsel, on the menu. The expression dates back at least to Tudor England, when in 1562 John Heywood included “…deep drinketh the goose as the gander” in his book of proverbs. In his book The English Rogue (1674) the Irish writer, Richard Head, wrote “…sawce which is good for the Goose, I hope will be good for the Gander”.

Unlike television’s “QI”, a klaxon does not go off in court when an advocate says something obviously trite. However, if it did, the expression to set it off most loudly would probably be “cutting one’s coat according to one’s cloth” (or the garbled form of “cutting one’s cloth accordingly”). Again, the underlying point is an obvious one: in adapting to changed circumstances, savings will have to be made in relation to items such as housing need or outgoings.

The phrase relates to the practice of purchasing cloth from which garments such as coats are to be cut out. It can be found in Heywood’s 1594 proverbs: “I shall cut my cote [sic] after my cloth when I have her”. Also, in John Dryden’s “Wild Gallant”: “I love your wit well, sir; but I must cut my coat according to my cloth.”

A periodical payments order made without a term is generally described by lawyers as "joint lives maintenance" and by the Press as a "meal ticket for life"; particularly in relation to "landmark" cases such as Wright v Wright [2015] EWCA Civ 201 which turn out to have little, if any, legal significance. The case of Wright, an application for permission to appeal, is authority for precisely nothing (see Practice Direction 9 April 2001 [2001] 1 WLR 1001, para 6.2).

Few people, aside from those who received Luncheon Vouchers (between 1946 and their abolition in 2013), will have seen a meal ticket. The term, in the literal sense of a ticket admitting to a dining hall dates to the nineteenth century. In the figurative sense, in terms of financial dependency, it dates back to the turn of the twentieth century.

The expression was used by Lord Justice Purchase in Scallon v Scallon [1990] 1 FLR 194 at 201: “I wish to say a word about ‘clean break' which is a phrase which arises since the amendments to the 1973 Act were introduced to ensure that, where there were short-term marriages, one party should not get what is described as ‘a meal ticket for life' upon the dissolution of such a marriage”. It appears also in Lord Justice Ward’s judgment in C v C (Financial Relief: Short Marriage) [1997] 2 FLR 26 at 46 and in MD v D (supra) at para [41].

In the seminal case of Wells v Wells [2002] 2 FLR 97, Lord Justice Thorpe commented that, where there is to be a clean break, and the family assets include both available and illiquid assets, that there should be a fair sharing “…by a fair division of both the copper-bottomed assets and the illiquid and risk-laden assets” (para [24]). The expression can also be found, per Mr Justice Coleridge, in the case of Smith v Smith [2007] 2 FLR 1103 at para [30].

The concept of "Wells sharing" was expanded by Mr Justice Mostyn in FZ v SZ and Others (Ancillary Relief: Conduct: Valuations) [2011] 1 FLR 64 in which the earlier decision in GW v RW (Financial Provision: Departure from Equality) [2003] 2 FLR 108 is cited; at para [64] “…It therefore follows that a Wells  sharing is the only way of achieving fairness. Indeed, it would seem to me that this should become standard fare where a case has a significant element of deferred or risk-laden assets. For why should one party receive most of the plums leaving the other with most of the duff?”

"Copper bottomed" refers to the eighteenth century practice of fitting copper on the underside of hulls, to protect ship from shipworms and infestation by barnacles, and has come to mean reliable. Plum duff is a variety of Christmas pudding; specifically, duff is a steamed flour pudding.

Finally, by way of contrast, the joker in the pack: "acquest"; a term of art, unknown out of its legal context, which has gained extraordinary traction in family law over the past 14 years.

The first reference to this term in an English family law report was by Nicholas Mostyn QC (sitting, as he then was, as a deputy high court judge) in the case of GW v RW (supra) at para [38]: “…I have stated above that in the Court of Appeal in Lambert v Lambert [2003] 1 FLR 139 reliance was placed on the practice of the New York courts of dividing the marital acquest equally after a marriage of long duration. The statute there is similar to ours, save that the court's dispositive powers are confined strictly to ‘marital property'”.

The term (which does not appear in Lambert) derives from the definition of community property in the French Civil Code, article 1401 (“…des acquêts faits par les époux  ensemble ou séparément durant le marriage”). Some European countries such as France operate a “community of acquests” civil property regime whereby property acquired by inheritance or gift is excluded from joint ownership (Law Commission Paper 198, para 4.7).

The term has taken root, largely as a result of cases in which Nicholas Mostyn QC appeared as counsel (Miller; McFarlane; McCartney v Mills McCartney) or sat in a judicial capacity (GW v RW, Rossi), to describe assets built up during the marriage save by inheritance and gift. Otherwise, the word has fallen out of usage.

No advocate, however eloquent, can avoid using clichés altogether. However, we would all do well by resisting the temptation to resort to such easy, hackneyed phrases as “sauce for the goose”, “cutting one’s coat/ cloth” or “meal ticket”.

In Politics and the English Language Orwell proposed six rules which, if anything, apply more forcefully now than they did 70 years ago: