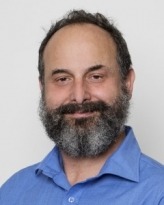 This article explores patterns of contact between non-resident fathers and their children, and mothers' and fathers' satisfaction with contact arrangements in a nationally representative sample of separated parents in Australia. The data suggest that in Australia more than one third of children whose parents do not live together do not see their fathers, while 17% have daytime-only contact. The levels of contact are a source of dissatisfaction for both mothers and fathers. Although the majority of resident mothers expressed satisfaction with the contact arrangements, 40% reported that they would like to see more father-child contact taking place, while only 5% thought that there was too much contact. By contrast, three quarters of non-resident fathers wanted more contact with their children. That included those who had little or no face-to-face contact with their children, indicating that disengagement did not mean disinterest. The greatest levels of satisfaction for both mothers and fathers were with shared parenting arrangements. The implications for family law and practice are considered.