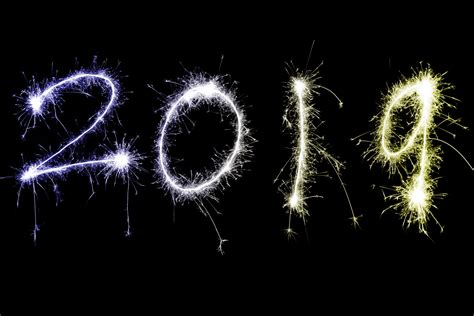 Head of LexisPSL Family, Geraldine Morris, takes a whistle-stop tour through some of the key family law developments in 2018 and makes some predictions for 2019.

Practitioners may recall that the standard orders project was initially intended to be finalised and introduced for the new Family Court in April 2014, but was later described as not having been put on hold indefinitely, but that there had 'merely been a necessary slowing of the tempo'. With the approaching retirement of the then President of the Family Division, Sir James Munby, the project came back to life with some vigor, and during the course of 2018 123 standard orders were issued, some representing amended versions of previous standard orders and others that were new orders issued following consultations. The rationale behind the President’s standard orders project is to avoid the time and money that is wasted in the process of drafting court orders that could, and therefore should, be standardised. Guidance indicates that orders are now on ‘a more formal footing’, and while they are not obligatory, their use is strongly encouraged.

With legislative work on Brexit limiting the number of statutory instruments (SIs) that can be issued in other areas of law, only two amendment SIs were issued in relation to FPR 2010 in 2018, the most significant of which was The Family Procedure (Amendment) Rules 2018, SI 2018/440, which amended the Family Procedure Rules 2010 (FPR 2010) from 4 June 2018, primarily introducing new provisions as to ‘fast-track’ and ‘standard’ procedures in relation to applications for a financial remedy. Notably, where previously an application for variation of a financial remedy order came under the accelerated procedure, only an application for variation of a periodical payments order (with conditions) will now be dealt with under the fast-track.

Also of note is that a revised FPR 2010, PD 27A came into effect from 23 July 2018, introducing page limits for certain types of documents, requirements in relation to bundles of authorities and making various amendments as to the use of electronic bundles in family proceedings.

Again, the approaching retirement of Sir James Munby seemed to be the spur for him to clear his to do list, and new guidance was issued on a wide range of areas in 2018, including:

Various pilots were launched in 2018, including the Financial Remedy Court pilot and, inter alia, pilot schemes regarding the issue of private children applications, the issue of divorce petitions online (litigants in person only) and for the online filing of certain financial consent orders.

What was interesting in 2018 was that two of the most high profile cases did not, at least immediately, actually produce a change in the law. The Supreme Court gave judgments in both R (on the application of Steinfeld and another) v Secretary of State for International Development [2018] UKSC 32 and Owens v Owens [2018] UKSC 41. The former has produced a promise by the government to extend civil partnership to opposite-sex couples (on a yet to be determined date), and the latter produced a consultation on no-fault divorce – a particularly pleasing testament to the long-running Resolution campaign, and in particular the work of Nigel Shephard during both of his two terms as a National Chair of Resolution and as a long-standing National Committee member (see my interview with Nigel on this here).

Somewhat unusually, the legislation issued in 2018 that is likely to have the greatest impact is either still in draft or is yet to come into force. It is of course the SIs issued to date regarding Brexit. For a summary, see here.

A key development for family lawyers will be the impact of Brexit—whether terms of withdrawal are agreed or the UK leaves the EU with ‘no deal’, which has implications across a number of areas of family law next year both as to jurisdiction generally and family law cases that include an international element.

The LexisPSL Family team will also be watching with interest:

In addition, family lawyers may find the outcome in the libel case of Stocker v Stocker [2018] EWCA Civ 170 (UKSC 2018/0045) of interest if advising clients on social media use. In Stocker, the respondent husband and appellant wife were married to each other for 13 years, and divorced acrimoniously in 2012. There was an exchange of comments on the Facebook wall of the respondent's new partner, which were accessible to the new partner's Facebook friends. The respondent commenced libel proceedings in respect of the comments. At trial, the judge found that the words complained of were defamatory of the respondent. The Court of Appeal upheld the decision at first instance, and the Supreme Court has granted permission to appeal.

Merry Christmas and a happy New Year to the hard-working family lawyers, without whom the family justice system would simply fall apart. I hope you all have a well-deserved rest!