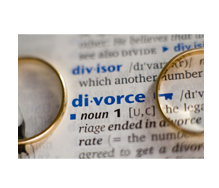 Family lawyers have today demanded that Parliamentarians do not allow Brexit negotiations to stop the momentum that is building for no-fault divorce.

At a major national gathering, members of the family justice organisation Resolution highlighted steps they are taking to ensure this and other family law issues do not get forgotten, as Britain prepares to leave the European Union.

Speaking in front of 600 family lawyers in Birmingham, Nigel Shepherd, the national chair of Resolution, highlighted that no-fault divorce has received increasing levels of support from the public and leading members of the family law community.

Mr Shepherd pointed to the recent judgment in the Owens v Owens case – which effectively forced a woman to remain in a marriage she does not want to continue – as a situation that underlines the need for no fault divorce. He said:

'It’s simply wrong in this day and age that someone should be forced to stay in a loveless marriage because the behaviour in the divorce petition wasn’t deemed "unreasonable" enough.'

Nigel Shepherd said it is time to 'end the blame game' and said the government must not let Brexit get in the way of it acting quickly to ensure there are no more cases like Owens. Mr Shepherd said:

'In the face of this overwhelming support for a change in law to allow for no fault divorce, it does beg the question, what is the government waiting for?

There are more than 110,000 divorces each year – every day the government delays, more than 300 couples get a divorce. That’s 600 people, every day, running the gauntlet of a system that actively encourages conflict and blame.'

Nigel Shepherd said the issue of no-fault divorce was made more critical in the context of government reductions in funding for legal aid, which leave more people to deal with their legal issues 'with minimal or often no support from professionals'.

Mr Shepherd also paid tribute to Resolution members and their commitment to reducing conflict and helping parents to put their children first. He said the recent lobby of Parliament, which saw 150 Resolution members travel to Parliament to talk to MPs about the need for no fault divorce, was 'a testament to the true strength and collective power of our membership'.

The Resolution conference is an annual two-day event for its members to come together and discuss the latest developments in family law and identify practical ways to support people going through separation.

If you are attending the Resolution Conference make sure to visit the LexisNexis Family Law stand to see a demo of LexisPSL Family practical guidance, enter a prize draw and take advantage of a 20% discount on selected publications.
Categories:
News