One in four married couples in are only together ‘for the kids’ – and plan to split once they grow-up, a study revealed today.

‘Being more like friends’, not getting on anymore or an affair mean a large number are no longer happy in their relationship but many are too worried about the effect a divorce would have on their children to call it quits.

And almost one in five are considering staying together over the Christmas period before putting an end to their marriage in January.

But it also emerged that of those who have already divorced a partner, while one in four stayed in the relationship longer than they wanted to for the children, almost eight in ten now regret doing so.

Martin Loxley, Head of the Family and Divorce Law team at Irwin Mitchell Solicitors, which commissioned the research, said:

'We see many couples in relationships where they aren’t happy, or don’t really want to be in, but who stick together for the sake of their children.

While it is an understandable reaction for parents to feel that it would be better to stay together to avoid the impact of a relationship breakdown on the children, in some cases doing so may only serve to increase the long term adverse effects on them.

Children can often pick up on things and regardless of how much of a united front you put on, youngsters, particularly older ones, can sometimes see through it. In some cases, children feel ‘cheated’ if, when they get older, they realise their parents were putting on a ‘front’ during their childhoods.

There is help available to parents to work together to ensure that their children are affected as little as possible by a break-up, allowing all to be happier in the longer term. If you are in an unhappy relationship, and if a divorce or separation is handled sensitively by both parents, children can and do prosper more than they might have done, had their parents stuck together, but in an unhappy household.'

The study of 2,000 married parents found four in ten are currently in a marriage they aren’t completely happy with, with more than a third saying they have too much to lose to get divorced.

Not having the money to move out or live alone, not being able to afford to go through a divorce and wanting more time to consider things before making a final decision also mean some feel trapped in an unhappy marriage.

But 37 per cent of married parents admit they have considered asking their other half for a divorce, only to hold off due to concerns about how it would affect their children.

More than a third admitted they have stayed in a marriage longer than they would have liked to save their children any distress, with 21 per cent considered themselves as separated, despite still living with their partner and acting like a couple in front of their offspring.

Researchers also found 18 per cent have a date in mind to end their relationship, but while more than one in five have set this at a couple of months, one in twenty are planning to wait ten years or more before calling it quits. One in five unhappy parents admitted to waiting until their children reached at least 14 before going ahead with a divorce.

Another one in five intend to see out the Christmas and New Year celebrations as a family before making a decision on whether to call time on their marriage. 27 per cent of parents will be making more effort to hide any marital woes over the Christmas period with most planning to keep their problems bottled up rather than discussing them.

Admirably, 42% will make a positive effort to ensure that any arguments take place away from their children or loved ones.

'Bringing a relationship to an end is a difficult decision and not one to be rushed. We worked with many parents, all of who want to minimise the impact of divorce or separation on their children.

For some, this might result in their delaying a date for separation. For others, working closely with professionals, including mediators, counsellors and therapists, can help the family to address arrangements constructively and positively. There is a wealth of information available to parents – and children (in an age-appropriate way) – to help them come to terms with a huge change and move forward to the next chapter of their lives.

There are many ways that an amicable separation can be achieved to have a minimal impact on any children involved. The most important thing is that both parties are prepared to put their kids first during the process and avoid fighting over issues, as involving children in a tug of love can be extremely upsetting and harmful for them.

Studies have shown that if parents are not happy their feelings will inevitably affect the whole family no matter how hard they try to hide it. Parents may be worried about the stigma of divorce or the financial implications, but ultimately people in this situation need to seek specialist advice and endeavour to ensure that what they do is best for everyone involved.' 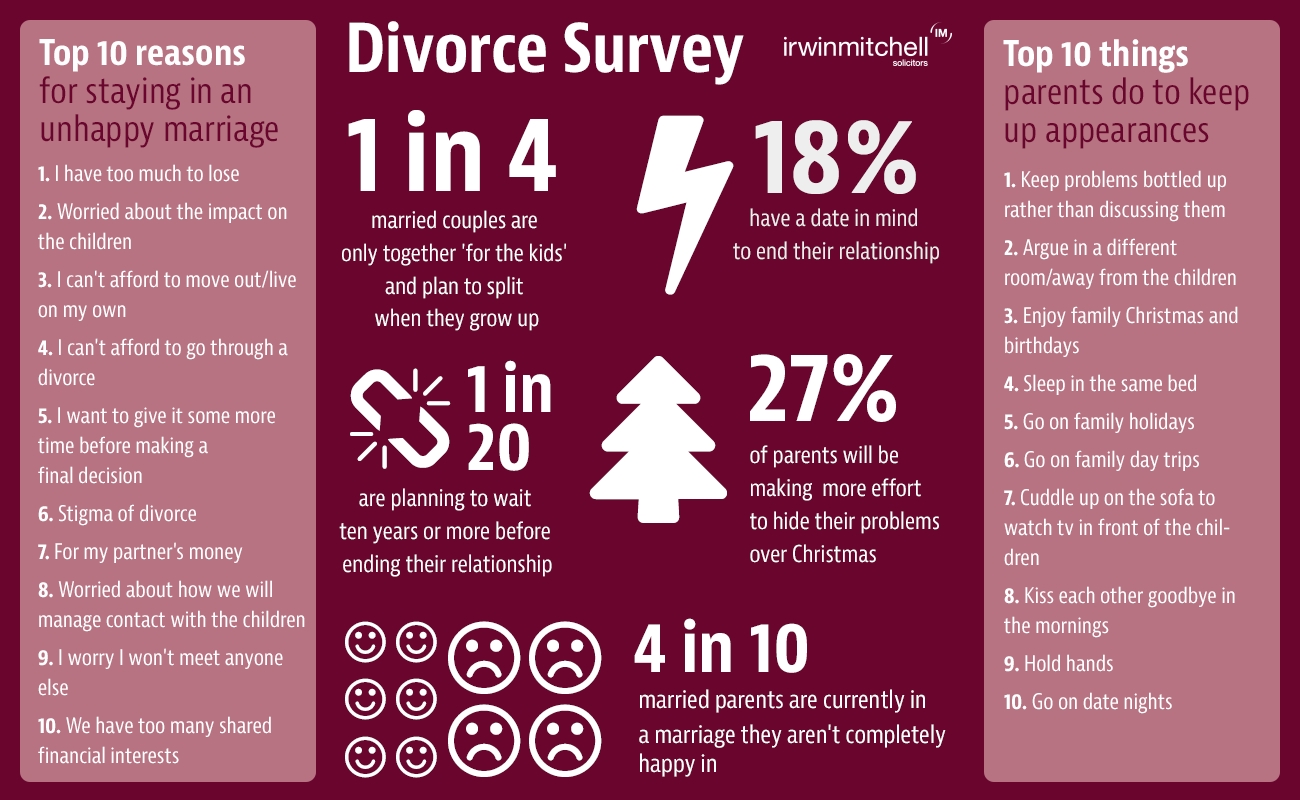