Report of the Financial Remedies Working Group: An overview for practitioners 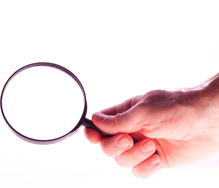 Paula Tanner
Readers of Family Law will recall that the President’s 12th ‘View from the President’s Chambers’, published on 4 June 2014, introduced two working groups; the Children and Vulnerable Witness Working Group and the Financial Remedies Working Group (who are working on the new Money Arrangements Programme – the MAP).

The interim report of the Financial Remedies Working Group (the FRWG) was published on 31 July 2014 and is discussed in The Financial Remedies Working Group – Essential Update. Today (26 January 2015) saw the publication of the final report of the FRWG dated 15 December 2014. The final report takes into account comments and representations made by groups such as Resolution, the Family Law Bar Association and the Family Justice Council as well as some individual practitioners and judges.

Some of the highlights of the report are outlined below:

The interim report had made recommendations which are largely confirmed in the final report, with the exception of the recommendation that the decision to include variation and Children Act Schedule 1 applications in the short cut FPR Chapter V procedure should be reversed. In the final report, following representations received, the FRWG recommends that the Chapter V procedure may be used in certain cases (for example, where there are no complicating factors such as pensions or capitalisation) provided a written justification is submitted with the application. The report suggests that Gatekeeping procedures may then be required to determine whether the Chapter V procedure is appropriate and, if so, whether any initial directions are required.

The report otherwise maintains the recommendations made in that regard.

The interim report had recommended that the FPR and/or Form A should be amended so that usually in cases where a Form A has been issued, all possible financial applications would be deemed to have been made, so that the court may grant or dismiss them as appropriate.

The final report takes into account representations made on this issue, and therefore further recommends:

The interim report had recommended that FDRs should be compulsory feature of all cases, with the exception only of those cases where the court has specifically ordered otherwise, which should be only in truly exceptional circumstances. The interim report suggested that no final hearing date should be given unless and until an FDR has taken place, and further that the FPR should be amended so as to provide that the parties should attend court on the first occasion prepared to proceed straight to FDR. The report recommended that judges be expressly given the power to impose an FDR on the first occasion against the wishes of the parties.

The final report maintains these recommendations but notes that flexible listing arrangements will be required to enable the court to accommodate such hearings. It further recommends thatFDRs be incorporated in the same way as part of the Chapter V procedure.

The report notes that the pilot of this scheme at the Central Family Court has received a number of favourable responses. The final report therefore recommends that this scheme is rolled out nationally and incorporated in an FPR Practice Direction.

The FRWG confirms its belief that the procedures for re-opening first instance decisions needs to be clarified. The Family Procedure Rules Committee (FPRC) is understood to be considering the introduction of a draft rule specifically dealing with the court’s power to set aside a final order in specified circumstances. Work is ongoing in that regard and will likely await the outcome of the Supreme Court appeals in Sharland v Sharland [2014] EWCA Civ 95, [2014] 2 FLR 89 and Gohil v Gohil [2014] EWCA274, [2015] 1 FLR 178.

Applications for financial relief after an oversees divorce

The FRWG maintains the position from its interim report that FPR, r 8.25(1) should be amended so as to clarify that applications under Matrimonial and Family Proceedings Act 1984 should normally be made without notice. It is understood that the FPRC has considered this issue and an amendment has been agreed which is likely to be implemented in April 2015.

A further recommendation is made in the final report to amend the FPR to specifically confirm the power of the court to transfer cases under the MFPA 1984 to appropriate Family Court locations once the leave stage has been completed, as demonstrated by Holman J in Barnett v Barnett [2014] EWHC 2678 (Fam), [2014] Fam Law 1518. Furthermore, the report recommends that the issue of the level of judge who can grant leave in such applications should be determined by a district judge as part of the usual box-work exercise.

The report maintains the recommendation from the interim report that the provisions of the Statement on the efficient conduct of financial remedy final hearings allocated to be heard by a High Court judge whether sitting at the Royal Courts of Justice or elsewhere of 5 June 2014 should be implemented in final hearings of financial remedies cases listed for 3 days or more.

The final report particularly draws attention to the decision of Mostyn J in J v J [2014] EWHC 3654 (Fam) particularly dealing with the issues of the instruction of single joint experts and the need to follow PD27A in preparing bundles.

Costs were not specifically addressed in the interim report. However, taking on board Mostyn J’s decision in J v J, the final report deals with the issue. The report confirms that the FRWG is opposed to the reintroduction of the Calderbank system. However, it was noted that FPR, r 28.3 dealing with costs for litigation misconduct needs to be applied more generally, and equally to litigants in person.

The report further recommends that Mostyn J’s suggestion that fixed costs be used in family proceedings should be considered by the costs working party of the FPRC and that professional bodies such as Resolution, the Law Society and the Family Law Bar Association be given the opportunity to engage in discussion.

The recommendations on de-linking and the ability to make a choice of court in certain circumstances where, for example, it might be advantageous for the parties to be able to choose the Financial Remedies Unit at the Central Family Court in London are maintained from the interim report.

Litigants in person and McKenzie Friends

The recommendations relating to litigants in person are maintained from the interim report.

The interim report noted that a McKenzie Friends Working Group (MFWG) had been set up to report on this area. A draft of the second report of that group is now under discussion which will specifically deal with the issue of paid McKenzie Friends. That report was understood to be scheduled to be finalised and submitted to the Judicial Executive Board in the second week of December 2014 but its recommendations were not known at the time the final report of the FRWG was compiled.

The report notes that a guide on ‘needs’ targeted at litigants in person is anticipated in the first half of 2015.

The recommendation in the interim report of the adoption of the following standard orders is maintained:

(e) Wardrobe of Enforcement Orders; and

The final report further recommends consideration of the IT issues involved in making the forms as user friendly as possible, and that work on the judicial versions of these forms be carried out in the same manner as the CAP orders.

The final report maintains the recommendation from the interim report that CPR PD 62 be amended to include the High Court, Family Division, that a family equivalent of the form N8 be commissioned that the guidance set out at annexe 12 of the interim report be implemented.

Practitioners will note that there are a number of aspects which will require involvement from other Working Groups, committees or professional bodies. At this stage there are no timescales given for implementation of any of these proposals but practitioners are advised to familiarise themselves with the recommendations and new procedures which are likely to come into force in the not-too-distant future.

The standard orders are available for use now and practitioners should consider familiarising themselves with these.

Practitioners should also keep an eye on Family Law for further updates in this area.