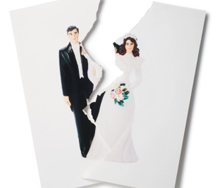 There is a sense of irony, perhaps even comedy, in a situation that sees government Ministers looking to make the process of divorce simpler - at the very time they’re struggling to come to terms with Brexit: the most complex divorce that UK policy makers have ever faced.

But I applaud the government for its recently declared intention to reform existing divorce laws. By taking the blame out of divorce we can hopefully start to see a shift in attitudes, and a new and single category for divorce that will ameliorate the worst effects of  theadversarial court system.

There seems little doubt the case of Owens v Owens provided a catalyst to a movement for change that has become unstoppable. And, whilst this well-publicised case shone the brightest oflights on the absurd situation that currently hurls myriad obstacles in the wayof ending an unhappy marriage, it is pleasing to learn that the objective of Ministers in seeking reform is to move towards a less confrontational process.

Driven by financial goals, Sir Kenneth Clarke started this process as Justice Secretary back in 2010 when he announced that cuts would be made to legal aid. He said: "It cannot be right that the taxpayer is footing the bill for unnecessary court cases which would never have even reached the courtroom door, were it not for the fact that somebody else was paying. I propose to introduce a more targeted civil and family scheme which will discourage people from resorting to lawyers whenever they face a problem, and instead encourage themto consider more suitable methods of dispute resolution."

It’s been a long eight years since he made those comments, but the cuts were made, and government has made some savings. But there has been precious little help and support or information available to people experiencing divorce that helps them to help themselves.

At National Family Mediation we have long campaigned for change to these archaic divorce laws. We will ofcourse provide Ministers with our collective response to the consultation,drawing on the extensive experience and professional expertise of our networkof mediators.

Minimising conflict is of course at the heart of the mediation process we have been practising for nearly 40 years. It has long been acknowledged that the current process of divorce contributes to the conflict so many families experience, that leaves deep and lasting battle scars.

Whilst mediation plays a verys mall part in the divorce process itself, it is not uncommon for mediators tofind ourselves facilitating  discussions about the grounds for divorce.

As things stand, for people who agree divorce is the right thing for them, it’s often a Hobson’s Choice of trying to define a ‘fault’ that creates the least lasting damage.

So proposals for reform offer apromise that could put an end to that, starting us on the path to a much-needed cultural change – leading to a situation where we take greater personal responsibility for the decisions we make in our private life.

Providing a less contentious route to finaliseseparation should help the culture change from “I’ll see you in court” and“I’ll take you for everything you’ve got”, to a position where there is anacknowledgement that couples have decided their relationship has ended and divorce is right for them.

Having agreed to divorce, with the ‘blame’ removed, we can move to situation where people can more easily seek services and support - especially mediation - that will help them to achieve asettlement. I have no doubt that this mindset would then go on to pave the wayfor other joint decision making on vital issues such as how to consider mutualneeds after the parting and, crucially, how to both continue being parents.