Reminder of the law of proprietary estoppel and testamentary capacity

Private Client analysis: Is the test for testamentary capacity in a wills dispute the same as the mental capacity test under the Mental Capacity Act 2005 (MCA 2005)? The High Court has considered the two tests in James v James and others [2018] EWHC 43 (Ch), [2018] All ER (D) 124, as well as proprietary estoppel and the golden rule in an unsuccessful claim against the deceased estate. Matthew Duncan, consultant at Druces, considers the judge’s analysis of the issues.

James v James and others concerned a claim that arose following the death of Charles James on 27 August 2012. It concerned a proprietary estoppel claim, and a challenge to the deceased’s will on the ground of lack of testamentary capacity. Both claims failed.

The case is a useful reminder of the law of proprietary estoppel, consideration of the traditional test of testamentary capacity as set out in Banks v Goodfellow (1870) LR 5 QB 549, and whether the more recent MCA 2005 applies a different test. There is also a further judicial reminder of the need to follow the ‘golden rule’ in the case of aged testators. 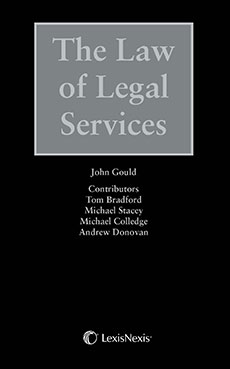 Law of Legal Services, The
A major new work covering the law relating to the...
£212.99
View product

The judge quoted Lord Walker in Thorner v  Major [2009] UKHL 18, [2009] 2 FLR 405, stating that proprietary estoppel is based on three main elements: ‘a representation or assurance made to the claimant, reliance on it by the claimant, and detriment to the claimant in consequence of his (reasonable) reliance’.

The son in his witness statement gave evidence as to his belief one day that the farm would be his. However, the judge could not find anything in the evidence produced that amounted to a promise or assurance, whether in word or conduct, made by the deceased to his son concerning the farm. The son also failed to show that he had relied on a promise to his detriment.

The judge observed that this case was not the usual proprietary estoppel case where the claimant works for nothing, or very little, on the basis of a supposed assurance to be left the farm. In this case, the son was properly paid. He also found that the son did what he did, not in reliance on any supposed assurances from the deceased, but on the basis that he was the kind of man who always did work hard at things he enjoyed doing, and who did not want to leave the family farm where he had a job he enjoyed and some security. The proprietary estoppel claim therefore failed as it was not enough for the son to believe he would inherit the farm: the three main elements of the test were not satisfied.

The judge set out the familiar test applied for testamentary capacity in Banks v Goodfellow:

‘It is essential….that a testator shall understand the nature of his act and its effects; shall understand the extent of the property of which he is disposing; shall be able to comprehend and appreciate the claims to which he ought to give effect, and, with a view to the latter object, that no disorder of the mind shall poison his affections, avert his sense of right, or prevent the exercise of his natural faculties, that no insane delusion shall influence his will in disposing of his property and bring about a disposal of it which, if his mind has been sound would not have been made.’

The question arose whether the traditional test had been usurped by MCA 2005. In closing submissions, counsel for the son said:

‘It cannot be regarded as in any way satisfactory that the Court of Protection applies a different test as to whether someone has testamentary capacity during [his] lifetime from the test applied by the court when looking back. Logically the test ought to be the same.’

The question arose whether the test in MCA 2005 should apply, or the traditional test in Banks v Goodfellow in assessing mental capacity. The judge commented that it was unfortunate that it was not expressly stated in MCA 2005 the extent to which the new provisions affects the test for capacity to make a will when that question is being judged retrospectively (typically post mortem).

The judge made a clear distinction. His view was that the individual provisions of MCA 2005 are concerned with assessing the mental capacity of living persons, and the manner of making decisions thereafter on their behalf when, judged by the terms of the Act, they lack such capacity. It is solely in pursuing that purpose that it deals with (among other things) the power of the court to make a will for a living person who has been found to lack capacity. The judge found that it does not follow from this that the test for judging capacity retrospectively, in relation to a will, already made must also be governed by the same principles. The two things are different.

The judge pointed out that Parliament, if it wished to, could have said clearly that MCA 2005 was to apply to retrospective decisions on capacity too, but it did not. For practitioners, it is clear that the Banks v Goodfellow test for assessing mental capacity remains good law. The judge then considered the facts of this case and applied the Banks v Goodfellow test to them.

At trial, the solicitor who prepared the will and dealt with the execution was challenged as to why she did not seek a medical opinion on the testator’s capacity to make a will at the time it was signed in 2010. The deceased was aged 79 at the time he executed his will, and there was some evidence of dementia and confusion – and the deceased had been initially reluctant to sign the will at the execution meeting. However, overall the solicitor saw no need for a medical opinion.

In response, the solicitor confirmed she had met the deceased on three separate occasions, the original instructions meeting, a meeting with the deceased’s financial advisor and the execution meeting itself. The deceased was interactive at each of those meetings and showed no signs of confusion or ill health.

The judge refers to the golden rule in his judgment – that in the case of an aged testator, the making of the will ‘ought to be witnessed or approved by a medical practitioner who satisfied himself of the capacity and understanding of the testator’. The judge commented that is was obviously regrettable that a medical opinion was not obtained, as without one, he had to determine the question as to testamentary capacity, in light of the evidence available to him – but without the benefit of any contemporaneous medical opinion following examination.

The judge, however, did find that the deceased had capacity to make the will and the will was therefore valid.

This case highlights again that judicial views are hardening on the need to obtain medical opinion for aged testators, almost as a default option. Practitioners will, however, recognise the difficulty, cost and delay associated with obtaining medical advice. But without it, as this case again demonstrates, practitioners face criticism if they fail to obtain medical advice, however clear they may be in their own mind of their client’s mental capacity. This case is illustrative of the costs of a lengthy trial to determine the issue of mental capacity where medical advice is not available.