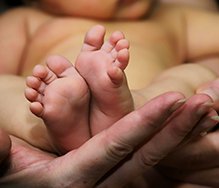 Olivia Stiles, an associate at Kingsley Napley, looks at the Human Fertilisation and Embryology Act 2008 (Remedial) Order 2018, which came into force on 3 January and permits single applicants to apply for Parental Orders in respect of their biological children born through surrogacy.

As the world woke groggily from its festive slumber and thought tentatively about returning to work on Thursday 3rd January, an important and transformative step was being taken as the Human Fertilisation and Embryology Act 2008 (Remedial) Order 2018 (the “Remedial Order”) was finally brought into force permitting single applicants to apply for Parental Orders in respect of their biological children born through surrogacy.

The Remedial Order rectifies the discrimination and incompatibility identified in the Human Fertilisation and Embryology Act 2008 (HFEA 2008) in the case of Re Z (A Child) (No.2) [2016]. In this case, Sir James Munby recognised that the strict requirement for there to be two applicants (two intended parents) to a Parental Order and the resulting refusal and non-availability of Parental Orders for single parents was incompatible with the European Convention on Human Rights. The impact of the legislation as it stood meant that there was a whole group of intended parents who were genetically linked to their children but did not meet the criteria for obtaining a parental order.

The alternative options previously available to single applicants included adoption, an application for a private law order which confirmed the living arrangements for the child (i.e. that they lived with that parent, but did confer legal parentage nor extinguish the legal parentage of the surrogate mother), or finally for the child to be made a ward of the court which requires the court’s involvement for any big decisions relating to the child. None of these options were fit for purpose or reflected the reality of the situation whereby a single parent had planned carefully (often for a number of years) to have a child via surrogacy and they were the biological parent of that child.

Although single applicants have known since 2016, when the declaration of incompatibility was made, that there would be a change to the law, the bringing into force of the Remedial Order has been a long process. Categorised as “non-urgent” government business, single applicants have had to be patient while the order was amended, re-drafted, consulted upon and finally brought into force. Although the wait will have been agonising for some, the changes made to the original draft mean single applicants do not have the tricky task of proving a negative in terms of their relationship status. Happily, the Remedial Order has been amended so that the possibility of applying for a parental order is open to all single applicants who have a genetic link to their child, regardless of their relationship status.

Intended parents have six months from the birth of their child in which to make their application for a parental order. There are, of course, a large number of single applicant parents who have children born via surrogacy older than six months. The Remedial Order provides for them to apply retroactively and still be within the six month time limit so long as their application is made by 2 July 2019 (within six months of the Remedial order being brought into force).