Reform and the future of family justice: where is the court modernisation programme heading? 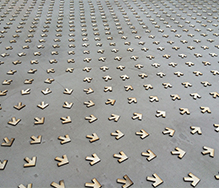 The following is an extract from a talk delivered by the immediate past President of the Family Division to the Cheshire and North Wales Resolution Family Law Conference at Chester on 25 September 2018. The full version will appear in the November issue of Family Law.

April 2014 saw sweeping and what has turned out to be, although I say it myself, immensely successful reform of the family justice system. In particular, it saw the coming into being of the single Family Court, incorporating in one legal structure, and in many places with all the judges of the new court (including, I emphasise, the magistrates)  located under the same roof, the family jurisdictions of the county court, of the now abolished family proceedings court and, in large part, of the Family Division of the High Court.

Alongside these institutional reforms, the family justice system saw radical improvements in practice and procedure: in particular, a focus on the imperative need for judicial continuity and robust judicial case management. Cases are now allocated, on issue, by a judicial allocation team not merely to the appropriate tier of judge but to a specific judge who thereafter is personally responsible for the case. At the first directions hearing, the allocated judge makes an order which (a) identifies the issues, (b) sets the timetable for the case and (c) gives comprehensive directions down to and including the final hearing.

The practice title for family lawyers...
£385
View product
This robust case management is facilitated by four rigorously enforced principles. The first is the guiding principle that what is to be done is confined to what is ‘necessary’ to enable the court to decide the case fairly and justly. That test determines what issues the court will decide, what witnesses (including expert witnesses) will be called and  whether or not an adjournment will be permitted. The second is a deliberately  prescriptive Practice Direction (PD27A), recently made even more rigorous, which lays down both the format and contents of the bundle to be used at every hearing and which, crucially, forbids a bundle larger than 350 pages unless specifically permitted by the judge. The third is the rule that the parties cannot agree any alteration to the timetable unless it is approved by the judge. The fourth is the requirement typically inserted in case management orders requiring every party to report to the court any non-compliance with the order, whether on their part or the part of others. Back of all this is the clearly understood obligation on everyone to comply, meticulously and on time, with every order of the court.

It is impossible to over-emphasise the vital importance of this approach. It has, in remarkably short time, transformed the daily realities of the family courts. We cannot afford to allow further modernisation to put it at risk.

Accompanying all this, are the more prescriptive procedures for the timetabling and hearing of both public law (care) cases and private law cases laid down in, respectively, the PLO (Public Law Outline), PD 12A, giving practical effect to the implementation and appropriate enforcement of new 26-week time limit for the disposal of care cases, and the CAP (Child Arrangements Programme), PD 12B.

Important and effective as all this has undoubtedly been, we are now on the cusp of even more important and potentially much more far-reaching reforms. I have touched on this already in a talk to the Family Law Bar Association in May 2018: ‘The Family Bar in a digital world’ [2018] Fam Law 680, but the topic is so important I make no apologies for returning to it.

The implementation, now under way, of the Court Modernisation Programme, has attracted more than its fair share of negativity and pessimism from the naysayers, both inside and outside the legal community. There are too many who say, or, even if they do not openly say, think, that it should not be done, that it cannot be done and that it will not be done. I profoundly disagree.
Categories:
Articles News