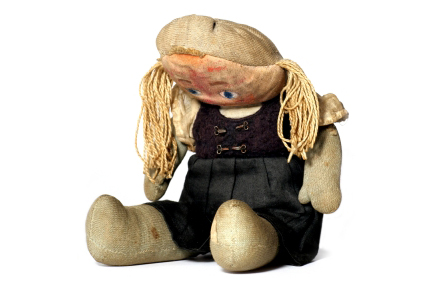 An exclusive article by the research team has been made available ahead of its publication in August Family Law. 'Capturing the scale and pattern of recurrent care proceedings: initial observations from a feasibility study' can be read here.

This article reports the initial findings of a feasibility study that has captured the scale and pattern of recurrent care proceedings. The local authority issues care proceedings where it is so concerned about children that compulsory legal intervention is deemed necessary to secure the safety and well being of children. The continued high volume of care applications made annually by local authorities has prompted searching questions about the ‘repeat clients’ of the family court. In particular, members of the judiciary have raised concerns about birth mothers who they see appearing and re-appearing before them, only to lose successive infants to public care or adoption.

The Nuffield Foundation provided funding for this feasibility study. The Child and Family Court Advisory Service (Cafcass), and the President of the Family Division granted ethical clearance and access to data. For the first time, the research team has been able to identify and quantify cases of recurrent care proceedings, confirming that recurrence is a sizeable problem for the English family court. Based on care proceedings cases that completed during the observational window 2007-2013 (calendar years), 7,143 birth mothers appeared in 15,645 recurrent care applications concerning 22,790 infants and children. Linking care order applications to birth mothers, the study confirmed that approximately 1 in every 3 care applications concerns a mother who can be described as a repeat client of the family court. Mothers appearing in recurrent cases are very young. 19% are aged 14-19 years of age at first care application and in 50% of all cases, mothers are aged 24 or less. Work is ongoing to establish what can be learned about fathers in recurrent cases.

Important observations have been drawn about the spacing between episodes of care proceedings. Analysis has found that recurrent care proceedings follow in short succession, most commonly prompted by the birth of another infant. From this we can infer that birth mothers are pregnant again, either during the first set of proceedings, or shortly after. In addition, in 42% of cases, the local authority will issue a care application within the first month of an infant’s birth. This pattern raises questions about prevention because mothers will have very little time to effect change between episodes of care proceedings. This observation is confirmed by the profile of final legal outcomes, which suggests that in only a small percentage of cases, infants or children remained at home or were returned to their birth mothers.

Policy and practice recommendations are that agencies must help mothers to extend the window between their pregnancies as part and parcel of a multi-faceted approach to rehabilitation. In addition, attention needs to be paid to the court process, to ensure that the family court maximizes the engagement of teenage or very young, vulnerable women and their families.

Capturing the scale and pattern of recurrent care proceedings: initial observations from a feasibility study
23 JUN 2014

Capturing the scale and pattern of recurrent care proceedings: initial observations from a feasibility study
23 JUN 2014