Re S: A short lesson on jurisdiction in international children cases post-Brexit 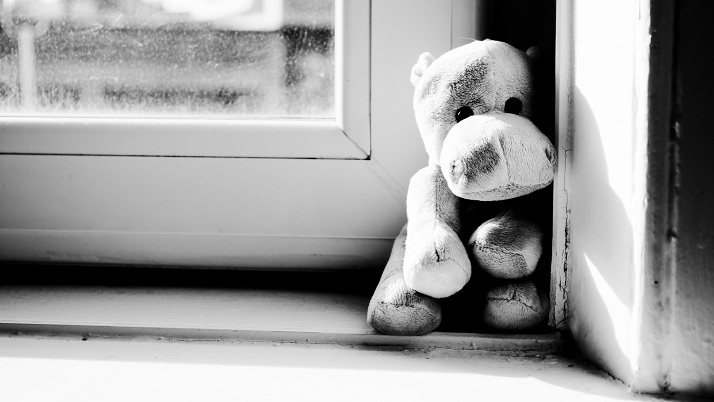 The President of the Family Division has very recently handed down his decision in this matter of
Re: S (A Child) (Jurisdiction) [2022] EWHC 1720 (Fam), in which we acted for the successful applicant mother. Whilst the facts of the case are unique, the judgment serves as a helpful reminder of the jurisdictional framework of international children cases following our departure from the European Union

This matter concerned a child, aged just 18 months, who has resided in Antigua and Barbuda for her entire life. In December 2021, the father unilaterally removed the child from Antigua to the UK; the mother immediately launched abduction proceedings in the High Court of Justice, Family Division, seeking her return to Antigua. Just four days later, a collection order was executed, removing the child from the father’s care, and placing her into the mother’s care in England. Although the Judge did not hear evidence in relation to the child’s removal to this jurisdiction, McFarlane P notes “it is difficult to see the father’s actions [in removing the child] ...in anything other than a negative light”.

The matter then came before Ms Justice Russell on 23 December 2022. The Judge permitted the mother to return to Antigua with the child whilst the English proceedings remained ongoing, strictly on the basis of the mother providing undertakings to the English court to return in due course if so ordered. At this hearing, the father also made an oral application for contact with the child, which was refused – but more on this later.

Following an unsuccessful application for permission to appeal from the father, the proceedings in England trundled on. In parallel, the High Court of Antigua continued with welfare proceedings concerning the child.

In May 2022, the mother issued an application in England, seeking to bring the proceedings here to an end, and seeking to be discharged from the undertakings she previously gave. This was opposed by the father, who averred that the English court continued to have jurisdiction in relation to the child’s welfare.

Perhaps unsurprisingly, the father conceded that the child was never habitually resident in England; she had only been in England for some 10 days and was only here having been abducted by the father. Given her lack of English habitual residence, the father sought to persuade the court that there was an alternate basis for jurisdiction in order for this court to make a welfare order.

Following the UK’s departure from the European Union and the end of the associated transitional period, the provisions of Brussels II Revised no longer apply. It is now the 1996 Hague Convention and our Family Law Act 1986 which reign supreme when it comes to issues of jurisdiction.

This matter further related to Antigua and Barbuda, which is not a signatory state to the 1996 Hague Convention. As such, the Family Law Act 1986 applies.

At first blush, the provisions of the Family Law Act 1986 can seem intricate and difficult to navigate; the statute is hardly likely to be commended for its clarity. Broadly however, the Act outlines when our courts have jurisdiction to make welfare orders. This includes s8 Children Act orders, defined as “Part I” orders.

Section 2(1) of the Act states that welfare orders can only be made if one of the following four conditions are satisfied:

There are further, relatively esoteric conditions within the statute which should otherwise be considered, including when orders arise alongside pending divorce proceedings, especially in Scotland or Northern Ireland, but this is the broad scheme for welfare orders to be made by our courts.

The judgment notes that the same statue also allows for inherent jurisdiction orders to be made if the Hague Convention doesn’t apply but “the condition in section 3 of this Act is satisfied”, notwithstanding that there is no reference in section 3 to inherent jurisdiction orders. This, the judge opined, may simply be a drafting error or oversight that has arisen following repeated amendments of this nearly 40-year-old statute.

Having conceded that the child was never habitually resident in England, and since the 1996 Hague Convention does not apply to Antiguan/UK cases, the father sought to found jurisdiction elsewhere. The crux of the father’s argument was that on 23 December 2021, when the child was present in England, he had made an oral application for contact with the child at the hearing before Ms Justice Russell. He went on to suggest that this engaged the jurisdiction of the English court, and that the English court has since retained jurisdiction to make further section 8 orders.

A decision by a court on an issue of jurisdiction is plainly an important and significant matter. In a case where, as here, it is accepted that the child concerned is and has always been habitually resident in another jurisdiction and where the courts in that jurisdiction are fully engaged in substantive proceedings regarding the child's future welfare, the court in England and Wales will need to identify a clear and substantial basis upon which to found a decision that it continues to have some continuing ancillary jurisdiction with regard to that child's welfare. In the present case, the factual and legal bases upon which the father puts his claim that this court does, and should, retain jurisdiction are the very opposite of clear and substantial.

Ultimately, the Judge found against the father, concluding that there was no oral application for contact, having considered the transcript of the hearing before Russell J. However, the Judge went on to discuss in passing if an oral application is ‘an application’ for the purposes of the Family Law Act 1986. He held:

In the circumstances, I have not been persuaded that, if the father's counsel had clearly applied orally for the judge to make a contact order, that step alone would be sufficient to establish 23 December 2021 as the 'relevant date' for the purposes of determining jurisdiction under FLA 1986, Part I.

The judge also reflected to the fleeting connections that this child had with England, vis-à-vis her deep roots in Antigua and the fact that she is habitually resident there. The judge went on to underscore that, even if this court did have jurisdiction, there were no welfare-based grounds for exercising it:

“If this court had been required to consider [the child’s] welfare, either in terms of imposing a contact order upon the mother or requiring her to return with [the child] to England, I would unhesitatingly have declined to do either. In this regard, the father's case is wholly devoid of any merit.”

As such, the nature of the application for contact could be said to be immaterial; welfare considerations, and ultimately habitual residence, meant that the father’s application could not be permitted to limp on.

Aside from the unusual factual matrix, this case serves as a useful reminder of jurisdictional provisions in international children cases. The UK’s departure from the EU and the end of the transition period marks a move away from Brussels II Revised. A shift in thinking towards the 1996 Hague Convention and the Family Law Act 1986 will now have to be embraced by all those working with international families.