Re KP – International child abduction and the objections of a child 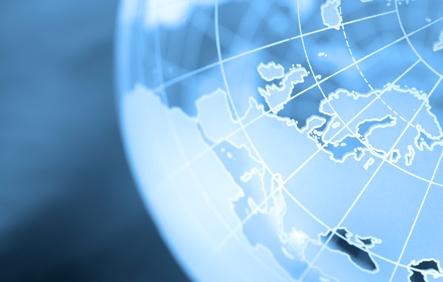 The increase in divorce rates and global travel has inevitably led to a growing problem of international child abduction. A recent example of this is the case of Re KP [2014] EWCA Civ 554, [2014] 2 FLR (forthcoming) which concerns the issue of a child’s objection to returning. However, there are many examples of different abductions, with different issues, between different countries. Although the Hague Convention on the Civil Aspects of International Child Abduction 1980 (the 'Hague Convention') should be applauded for seeking to create uniform rules to apply when child abduction occurs, in order to improve the safe return of wrongfully abducted children, given there are 76 signatory countries across the world there is a large scope for differences in interpretation.

The parents lived in Malta with the child, until the mother brought the child, then aged 13, to England in June 2013, without the knowledge or consent of the father.

'the removal … of a child is to be considered wrongful where (a) it is in the breach of rights of custody attributed to a person … under the law of the State in which the child was habitually resident immediately before the removal …; and (b) at the time of removal…those rights were actually exercised…or would have been so exercised but for the removal …'.

However, even if a removal is deemed to be wrongful, there are a number of defences upon which an ‘abductor’ can rely, in order to prevent the return of the child. In this case, the mother argued under Art 13 that the child objected to being returned and she had 'attained an age and degree of maturity at which it is appropriate to take account of [her] views' and under Article 13(b) that 'there is a grave risk that [her] return would expose [her] to physical or psychological harm or otherwise place [her] in an intolerable situation'.

On the first day of the hearing, Mrs Justice Parker met with the child. The child was brought to the Royal Courts of Justice after school, not knowing that she would attend that day. Mrs Justice Parker spoke with the child for over an hour, asking some 87 questions. After this meeting, the judge concluded that, although the child was of an age and degree of maturity when it was appropriate to take account of her views, the child was confused and was not objecting on any cogent or rational grounds to returning to Malta. She further held that the Art 13(b) exception had not been made out.

Therefore, she ordered the return of the child to Malta.

The mother appealed, on the principal ground that Mrs Justice Parker had erred by obtaining evidence from the child during the meeting and then had relied upon that evidence in reaching her decision (rejecting the clear and consistent evidence of the Cafcass officer).

The Court of Appeal unanimously allowed the appeal.

The Court referred to the Guidelines for Judges Meeting Children who are Subject to Family Proceedings [2010] 2 FLR 1872. These state that 'It cannot be stressed too often that the child’s meeting with the judge is not for the purpose of gathering evidence', for that is the role of the Cafcass officer. Rather, the purpose is to enable the child to gain some understanding of what is going on, and to be reassured that the judge has understood them. The Court of Appeal commented that these guidelines show that 'there is a firm line to be drawn between a process in which the judge and a young person simply encounter each other and communicate in a manner which is not for the purpose of evidence gathering, and a process in which one of the aims of the meeting is to gather evidence'.

In addition to the guidelines, the Court also looked at the treatment of meeting with children in abduction cases by the court on previous occasions:

(c) The means of conveying a child's views to the court must be independent of the abducting parent – Re D (above) para [59];

(d) There are three possible channels through which a child may be heard – Re D (above) para [60]:

(i) Report by a Cafcass officer or other professional;
(ii) Face to face interview with the judge; or
(iii) Child being afforded full party status with legal representation;

(e) In most cases, an interview with the child by a specialist Cafcass officer will suffice, but in other cases, especially where the child has asked to see the judge, it may also be necessary for the judge to meet the child. In only a few cases will legal representation be necessary – Re D (above) para [60];

(f) Where a meeting takes place it is an opportunity:

(g) a meeting between judge and child may be appropriate when the child is asking to meet the judge, but there will also be cases where the judge of his or her own motion should attempt to engage the child in the process - Re J (above) para [31].

The Court concluded that on this occasion Mrs Justice Parker’s meeting with the child did fall on the wrong side of the line, and articulated six reasons in reaching this decision:

(1) During a meeting, the judge's role should be largely that of a passive recipient of whatever communication the young person wishes to transmit.

(2) The purpose of the meeting is not to obtain evidence and so the judge should not probe or seek to test what the child wishes to say. The meeting is primarily for the benefit of the child. The task of gathering evidence is for the specialist Cafcass officers.

(3) Where a meeting occurs prior to the judge deciding upon the central issues of the case, it should be for the dual purposes of allowing the judge to hear what the child may wish to volunteer and for the child to hear the judge explain the court process. The length of such a meeting will generally be no more than 20 minutes.

(4) If the child volunteers evidence that would or might be relevant to the outcome of the proceedings, the judge should report back to the parties and determine whether, and if so how, that evidence should be adduced.

(5) The process of Mrs Justice Parker in this case went well beyond a passive role, and strayed significantly over the line into the process of gathering evidence.

The court found that the information gained by Mrs Justice Parker during the meeting “achieved a pivotal status”in her decision to order the child’s return to Malta, and therefore a retrial was necessary, so as appropriately to determine the relevance of the child’s objections.

I recently attended the LEPCA conference on international child abduction in

For example, some practitioners explained that in their jurisdiction a child will speak at court as a witness, while others stated that a meeting with a child expert is enough (as is the case in

However, as Art 13(2) does not include a minimum age, different approaches emerge across the contracting states. The intention of the drafters was that the exception was primarily for teenagers, as was the case here, however they did not want to be so limiting as to set down an age limit. This flexibility is essential in seeking fairness in the individual case, however, it does reduce the predictability of the Hague Convention.

The decision of the Court of Appeal in this case was a sensible one. To decide otherwise might have encouraged judges to hold these long meetings with children, akin to giving evidence, which must be frightening and stressful for the child involved. In addition, this case also highlights the number of areas within child abduction cases where judges have to use their discretion and interpretation. Where the interests of children are involved this can be seen as a good thing, as it allows for a search for fairness in each case, however it can also result in a divergence in approaches between signatory countries. That is why conferences such as the LEPCA are so important, as it allows practitioners to appreciate the likely approaches in different jurisdictions.