Amy Sanders
The school term is well underway and the holidays are but a dim and fading memory (until half term comes around again). What has happened since our back to school round-up… Well, not a vast amount but still a few things to be aware of and so we’re calling this one, steady September.

The Ministry of Justice has published its most recent statistical bulletin presenting figures which reflect the activity in the family courts of England and Wales and gives provisional information for the latest quarter (April to June 2015). Among other things, the number of cases started in family courts in England and Wales rose by 4% to 59,908 (compared to the equivalent quarter of 2014), but the recent trend remains stable. Nearly half of new cases were divorce. The trend over the past year for the average time for disposal of a care or supervision applications has remained at 29 weeks, although 56% of care or supervision proceedings were disposed of within 26 weeks as required by the Children and Families Act 2014.

His Honour Judge Stephen Wildblood QC has had a busy month (as no doubt, they tend to be when you are Designated Family Judge for Bristol). The September issue of Family Law contains his article on ‘the Family Court, Contempt and the Press’ which examines the need for there to be an understanding within the court of the vital role the press can play in proceedings and how the press needs assistance to understand what they can publish and why things are done by the court in the way they are. He has also shed some light behind the scenes, as he is featured this month in our ‘A day in the life of…’ series and has also been the driving force behind the first FamilyLaw Session being held at the Bristol Civil and Family Justice Centre on 1 October 2015. HHJ Wildblood QC will also be speaking at the Family Law Conference next month (look out for the October PSL Essential update with coverage of these events.)

Following on from the Courts and Tribunals Judiciary statistics on judicial diversity (published at the end of July 2015 and focussing on the April 2014 – April 2015 period) it was found the overall percentage of female judges had increased from 24.5% to 25.2% . The number of black and minority ethnic judges across courts and tribunals was unmoving at 7%. BBC Radio 4 featured a piece on judiciary diversity and it discussed the hope that the widely-held stereotypes of judges would decrease with the improved judicial diversity and that the 2016 figures would show a further rise in the number of female and ethnic minority judges throughout the judiciary. 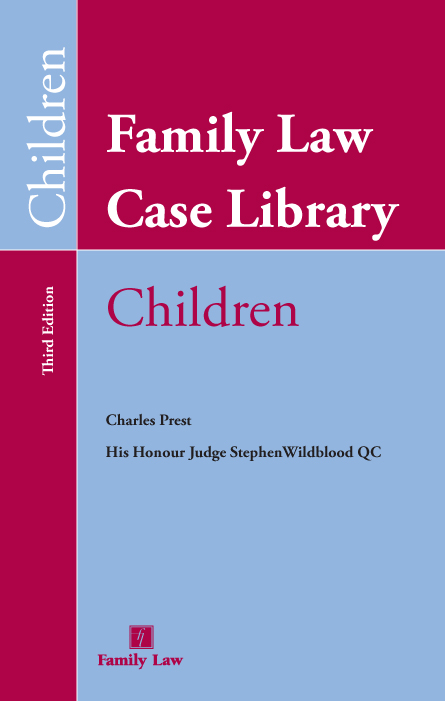 You might think that the CPD system is a thing of the past, but actually all practicing solicitors in England & Wales can still remain under the ‘old’ system under interim arrangements until 1 November 2016 if they wish. The alternative is to adopt the SRA’s continuing competence requirements (which you could do as of April 2015). To make things a bit clearer in terms of expectations and obligations, the Law Society has issued updated guidance on continuing competence and continuing professional development. And don’t forget, no matter which option you choose, we have lots of different publications, events and online programmes to meet all your training needs.

In a judgment from the President of the Family Division Sir James Munby, it was held that a parental order could not be made in favour of a single father following a surrogacy arrangement which had taken place in the USA. The President said that unlike adoption, it was clear that Parliament had intended surrogacy orders to be available only to couples - not single parents. The Human Fertilisation and Embryology Act 2008 could not be read down in accordance with the Human Rights Act 1998 to permit the parental order to be granted in his favour.