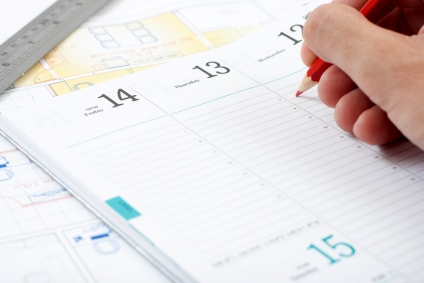 As another month draws to a close, we review what has been happening over the past month. October 2016 has proved to be a busy month, both in the Family Law events calendar and in the family law arena generally, with a number of published judgments, landmark Court of Appeal decisions and FPR amendments to contend with.

A number of amendments to the FPR 2010 were came into force in September, and October saw some corresponding amendments to the relevant practice directions and further amendments to rule 14.2 of the FPR. Some of these changes are fairly substantial, including changes to MIAMs and a new procedure for applications to set aside financial remedy orders. The changes were outlined by our PSL Amy Royce-Greensill here.

Nicholas Francis QC was appointed a Justice of the High Court assigned to the Family Division this month. At his Chambers 29 Bedford Row, The Honourable Mr Justice Francis specialised in high net worth divorce, separation and pre- and post-nuptial agreements, with many cases involving trusts and an international element. He also once again hosted the flagship Family Law Conference which took place on 4 October, a matter of days before his High Court appointment took effect.

Jordan Publishing’s flagship Family Law Conference took place on 4 October at the Royal Garden Hotel in Kensington hosted by the newly appointed Mr Justice Francis.  The conference was a great success, enjoyed by all. There were informative plenary sessions including an insightful Keynote Address by Lord Justice Ryder on ‘Access to Justice in an era of reform’. The conference then followed a new format for this year, with breakout streams offering different seminars which could be chosen by the individual delegate depending on their area of interest and practice. The sessions included seminars on the Children Act 1989, s 20, Radicalism and the family court, and FGM: breakthroughs and challenges. The conference ended with a panel discussion on the tricky area of Brexit and the implications to family law followed by a drinks reception to round off the day. Delegates found the conference to be insightful, informative and thoroughly enjoyable.

Also this month, the Justice Committee launched an enquiry into the implications of Brexit. The Committee is seeking written submissions from expert and affected parties to enable it to present the government with recommendations concerning the questions it will need to address in the eventual Brexit negotiation process. It is interested in views on the likely effects of Brexit on the processes of criminal and civil justice, as well as views on the financial effects on the legal sector and business and the economy more widely, and on steps which should be taken in the process of Brexit negotiations or by other means to minimise any adverse effects and enhance any positive effects.

Written submissions by interested parties of no more than 3000 words are invited by the deadline of Friday 11 November 2016.

Turkey and the Conventions

On 7 October, Turkey signed and ratified the 1996 Hague Child Protection Convention and the 2007 Hague Maintenance Convention. Both conventions will come into force in Turkey on 1 February 2017. These are important developments in the field of family law and will continue to be of relevance and use even after Brexit finally takes place.

A woman who discovered that her civil partner, who died intestate in 2013, had hidden assets worth millions of pounds in business assets during the dissolution of their relationship won a legal battle at the Court of Appeal this month as she sought to set aside the original 'unfair' settlement.

Her lawyers, Irwin Mitchell, said that 'the judgment confirms that same-sex couples have the same rights as heterosexual partners under family law and reiterates the message that dishonesty will not be tolerated by the courts'. The judgment in the case, Roocroft v Ball [2016] EWCA Civ 1009, was handed down almost a year to the day since the landmark Supreme Court judgments in Sharland and Gohil, which considered similar issues in the context of opposite sex marriage.

Clarification of guidance on transparency

The President of the Family Division, Sir James Munby, has issued a statement on the judicial website clarifying the status of draft guidance on anonymising judgments published in August 2016 by the Association of Lawyers for Children and Dr Julia Brophy.

The President clarified that he views this as a valuable piece of research, however it has no official status. It has not been approved or issued as Guidance by the President or the judges and is therefore not judicial guidance in that sense. The President has made clear that he is currently considering Dr Brophy’s work with a view to deciding the form of any Guidance he may issue. His intention is to consult on proposals before issuing any formal Guidance.

Fertility treatment and consent to legal parenthood: no room for errors

Disclosure and confidentiality: a tale of two cases

Concerns raised about the contribution of police to safeguarding children

Bristol court hosts ‘Mothers in recurrent care proceedings: how do we break the cycle?'