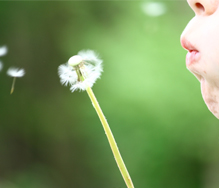 Amy Sanders
We've made it through May, with its unpredictable weather systems, a peppering of guidance and some headline-hitting cases. It's been a busy one for us behind the scenes, too. We're already conference and party planning for later in the year (more on that below!), and so, in celebration of your awards nominations coming in thick and fast and all the lovely things you've said about your colleagues (and the fact it's National Smile Month - or so the internet tells me)...this is Motivational May!

May has been the all-important month for receiving your nominations in anticipation of the 2016 Family Law Awards (or, for the tweeters among you, the #FamLawAwards). We have been inundated with nominations full of praise for your family law colleagues, and they show no signs of slowing - so much so, we have extended the deadline until 10 June to make sure everyone is able to have their say. Be warned, though: this extension really is the final cut-off to get those votes in, so make sure you don't miss it!

This year's awards promises to be the biggest and best yet - we have a brand new venue and even more awards. We have listened to your feedback, heeded your words, and by popular demand this year will have a disco to bring the night to a close in style!

The Awards will take place on Wednesday 23 November 2016 at the Bloomsbury Big Top, and will see 21 awards handed out to celebrate the hard work and dedication of family law professionals. Also make sure to diarise the Family Law Conference 2016, which takes place on 4 October 2016!

On 9 May 2016 Lord Justice Briggs made a pit stop at the Bristol Civil and Family Justice Centre to continue his open round of consultation on reform of the Civil Court structure. Following on from his interim report, Lord Briggs is to produce his final report in July 2016 and has been travelling near and far to gather the thoughts and views of regular court users. The review focuses on the structure of the Civil Courts and the HMCTS reform programme which has made available over £730m worth of funding. The HMCTS mission statement is based around three key features: a new online court using digital tools to improve case management; the rationalisation of the court estate and less reliance on the buildings themselves with a move towards a paperless court; and the use of Case Officers to assist and manage allocated aspects of work in order to maximise the use of judicial time and resources.

We will await the final report and recommendations, and make sure to keep an eye on www.familylaw.co.uk for any further developments.

The President has issued guidance on family cases with an international element encompassing three documents which provide guidance on liaison between courts in England and Wales and British Embassies and High Commissions abroad explaining procedures to be followed where diplomatic assistance is required. These documents also lay out the administrative/procedural aspects of cross-border transfers of proceedings under Article 15 of Brussels IIa and Articles 8 and/or 9 of the 1996 Hague Convention, and a list of Frequently Asked Questions including the details for the Central Authority, what kind of queries it deals with, and how assessments are commissioned together with helpful links and information.

All the resources are found on www.khub.net, which is designed to allow local authorities to exchange information on dealing with international cases.

The Home Office has issued an updated Female Genital Mutilation (FGM) resource pack with various materials to assist local authorities, other professional services and voluntary organisations. The pack features information on legislation, case studies from the UK, ways to raise awareness of FGM and links to support organisations and helplines. The resource pack follows on from the updated guidance released at the start of April 2016 which reflected the changes introduced by the Serious Crime Act 2015 and the mandatory reporting duty.

The President held in Re Z (A Child) (Surrogate Father: Parental Order) [2015] EWFC 73 that s 54 of the Human Fertilisation and Embryology Act 2008 could not be read down to enable a parental order to be made in respect of a single applicant, thus rendering it incompatible with Article 8 taken in conjunction with Article 14 of the European Convention.

The father initially sought a parental order in accordance with s 54 of the Act in that it could be read down to allow an order to be made in respect of only one person. The father's fall-back position was to seek a declaration of incompatibility in accordance with s 4 of the Human Rights Act 1998.

Ultimately, all three parties invited the court to make a declaration that:

'Sections 54(1) and (2) of the Human Fertilisation and Embryology Act 2008 are incompatible with the rights of the Applicant and the Second Respondent under Article 14 ECHR taken in conjunction with Article 8 insofar as they prevent the Applicant from obtaining a parental order on the sole ground of his status as a single person as opposed to being part of a couple.'

The President was satisfied that, in all the circumstances, the declaration sought was soundly based in fact and law. Despite being invited to express his views as to how the incompatibility may be remedied, he declined to go further on the basis the matter related to a controversial area of social policy which was constitutionally a matter for the legislature, and for the government to decide whether or not to use the Ministerial power.

The father's representatives Natalie Gamble Associates have commented on the decision here.

If you haven't got anything nice to say...don't say anything at all

It's the 'super' injunction case that's been making headlines, with talks of extra-marital relations and oil-filled paddling pools.

The latest hearing in the saga saw the Supreme Court, by a majority of 4:1, continue the interim injunction pending the final hearing.

Initially the claimant, known as PJS, was refused an injunction; however, the Court of Appeal then prevented the newspapers printing details of the claimant and his partner. Undeterred, the details were released by a Scottish newspaper and publications in the US which quickly found their way on to the internet and into the wider public domain, with the press then arguing for the legitimate public interest in them being able to report the story, particularly given the coverage it had already obtained elsewhere. The Supreme Court, in extending the interim injunction, weighed the competing interests of the European Convention on Human Rights, Article 10, allowing freedom of expression, and Article 8, regarding privacy. Lord Mance said there was no public interest in naming PJS and that revealing the details would be a breach of the family's privacy.

While the story had been accessible on the internet previously, it was felt that, were the injunction lifted, coverage by the press would be intensive and could produce more enduring invasions of the privacy of PJS, his partner and their children.

Lord Toulson, dissenting, said that once such a story had become readily available to anyone who wanted to know it, it had lost the essence of confidentiality and that the court must live in the world as it is and not as it would like to be.

A full trial of the issue is anticipated later in the year.

It's the time of year you've all been waiting for (other than summer, Christmas...possibly your birthday), with the arrival of the newly updated Family Court Practice. Made available for the early birds in Family Law Online from 11 May and now making its way in print, this year's version includes a new Procedural Guide on Setting Aside a Financial Relief Order, latest amendments to the CPR and the FPR (including Part 39 - Attachment of Earnings, and Part 40 - Charging Order, Stop Order, Stop Notice, plus PD40A) and recent guidance on a variety of issues including electronic monitoring in family cases, committal and arbitration. There is the usual updated commentary from the expert author team which considers everything from Sharland and Gohil, radicalisation, add-backs, pensions, children giving evidence and occupation rights. To order your copy, email jordans-customerservice@lexisnexis.co.uk or call 0117 917 5100 today to discuss online services.

See below for a list of at-a-glance headlines of important items and articles you might have missed:

Is Britain getting a divorce from marriage?

Changes to the Family Court: where are we now?

A day in the life of ... Sarah Phillimore (family law barrister)

Brexit: To Hell in a handcart - Episode One

Brexit: England and Wales as a global family law leader or EU-emasculated?

The impact of technology on family law: Part 1: Procedure
Sign up to the Family Law newsletter for all the latest news, judgments, articles and guidance to ensure you are up to date with the most recent developments and their impact on practice.
Categories:
Articles