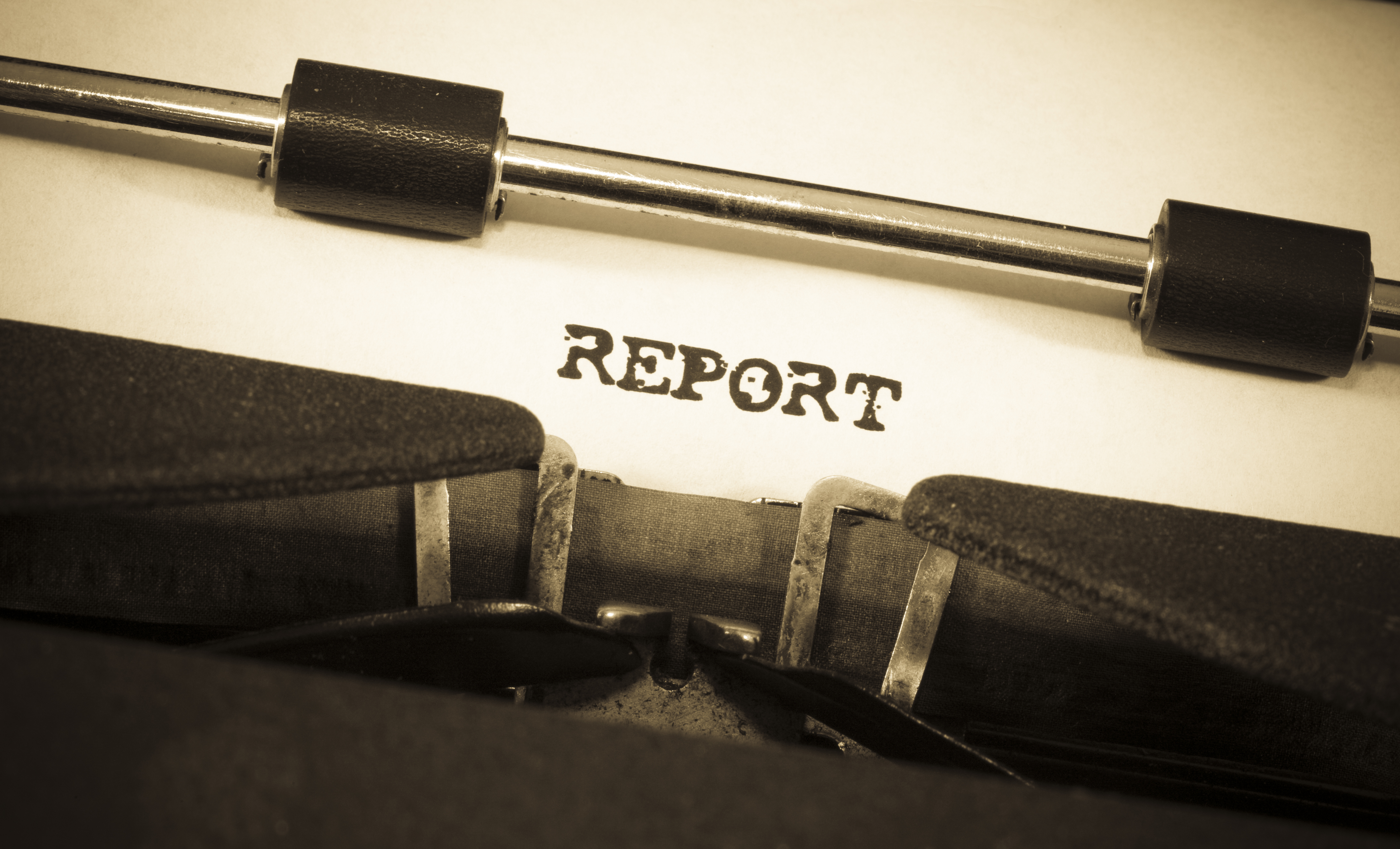 The Law Commission has published a report containing recommendations for the reform of the law regarding enforcement of family financial orders (nb. it does not cover enforcement of any non-financial orders such as child arrangements). The report is 355 pages long but there is a 16 page official summary available here.  The Commission makes more than 60 specific recommendations – all of which are listed at Chapter 21 of the report – this is a good place to start reading (as well as the summary) if you don’t have time to read the whole report yet.

The Law Commission’s report was published on 15 December 2016. The consultation had run for four months from 11 March 2015 to 31 July 2015 and received 27 responses from organisations such as Resolution and individual family practitioners plus responses from members of the public.

As the report itself says, the recommendations it makes are wide ranging and not all of recommendations will help in all cases. However, collectively the Commission hopes its proposals will help improve the enforcement of family financial orders. Out of the 60 or so recommendations made, below are those that stood out and some of the interesting discussion points.

1. the complexity of the current rules (see Clearer rules below)
2. a lack of information about the debtor available to creditors and the court to enable them to identify the most effective options for enforcement (see Better information below);
3. the fact that some of the debtor’s assets that could be used to comply with the order may be beyond existing enforcement powers (see Bringing more of the debtor’s assets within the reach of the court below); and
4. insufficient means to coerce debtors who ‘won’t pay’ to comply with court orders (see More effective coercive orders below).

1. Thinking ahead to enforcement – the Commission believes that there is a need for a wide cultural change, so that legal representatives and judges alike recognise that their role does not necessarily end when the court order is made. The Commission makes various recommendations to direct judges and practitioners to consider enforcement when making a final financial order.

3. The General Enforcement Application (Form D50K procedure) should be changed make it more of an enforcement process with powers and remedies of its own. The report examines the current procedure in depth, highlighting the problems (for example the ambiguity in the rules as to whether CPR Part 71 applies in its entirety on a general enforcement application) and makes detailed proposals for how it should be changed. Until the Law Commission’s recommendations are actioned, Chapter 5 of the report provides a clear and succinct summary of the law as it currently stands for anyone facing enforcement proceedings in the near future.

"the principal (monthly) periodical...
£389
View product
Resolution identified ‘insufficient information about the debtor’s circumstances’ as being the ‘biggest barrier to creditors who wish to obtain payment’. Some of the key recommendations are:
–  the creation of a new Enforcement Financial Statement to ensure disclosure of information about the debtor’s financial circumstances that will aid enforcement. The Commission suggests modelling it on the EX140 rather than using a variant of the Form E. For a general enforcement application, completion of the Enforcement Financial Statement would be automatically be required.
–  that information requests and information orders from The Tribunals, Courts and Enforcement Act 2007 are brought into force for the enforcement of family financial orders (but with some differences – mostly that the creditor gets to see the information as well as the court – in the interests of full and frank disclosure – with the caveat that they must not use the information for any other purpose unless permitted by the court).
–  that a system of ‘tracking’ contained in the 2007 Act is introduced in respect of family financial orders (this enables the court to request from HMRC whether the debtor has a current employer and, if so, the employer’s name and address).
–  that forms used for financial disclosure in family financial proceedings are changed so that, in all cases, parties are asked to provide their National Insurance number (to enable HMRC to accurately identify the right person).
The recommendations are:
–  that the court should have the power to make a pension sharing or attachment order in proceedings for enforcement even if the proceedings did not originally relate to pensions. These new enforcement powers against pensions should extend to the enforcement of orders under Schedule 1 of the Children Act 1989. The Commission thinks that such a pension order should only be available on a general enforcement application because in that situation the court will have had the opportunity to look at the full financial picture.
–  that following a foreign divorce a court should have the power to make a pension order based on the presence of a pension in England and Wales (at the moment English/Welsh pension companies will not comply with family financial orders made by a foreign court). The MFPA 1984 should be amended accordingly.
–  that third party debt orders should be available against the funds in any account in the debtor’s name, regardless of whether the debtor is the sole or a joint account holder (at the moment TPDOs cannot be used for joint accounts if only one of the account holders is the debtor – for example, an ex-wife can shelter her cash from a TPDO by putting the money in a joint account with a new partner). There would be a rebuttable presumption that the account holders own the funds in the account in equal shares.
–  that TDPOs should be available to operate on a periodic basis (for example, monthly). This would enable enforcement against sums paid into a bank account after the date of the TDPO (so that creditors don’t have to time the TDPO for exactly when the debtor has money in the account, ie. when they get paid) and it would enable the ongoing enforcement of moneys due under a periodical payments order. There is a chart at pages 147 and 148 of the report to illustrate how this would work in practice.
–  the introduction of a fixed ‘protected minimum balance’ where funds are frozen by a TDPO.
In addition to the existing coercive orders of 6 weeks imprisonment and writ or warrant of sequestration the Law Commission recommends adding orders to disqualify debtors from driving or prohibit them travelling out of the UK in order to coerce payment. In the original consultation paper the idea of curfew orders being used was suggested – this kind of order has not made it through to the final recommendations, with only a small minority of consultees in favour of them.
–  The Commission makes some recommendations in relation to arrears
–  that the period of time for enforcing arrears without the court’s permission is extended from 12 to 24 months.
–  that there be a free-standing power to remit arrears, only where the underlying order is capable of variation under section 31 of the Matrimonial Causes Act 1973.
–  that the court should have the power to remit arrears, on an application by a debtor, where it is satisfied that, due to a change in the debtor’s financial circumstances, the debtor was unable to make the payments as they fell due.
–  The report includes discussions of some proposals but concludes that it will not make any recommendations in the following areas:
–  Extending the scope of charging orders – not necessary or practical to extend them to vehicles and boats.
–  Streamlining TDPOs – too much of a risk of injustice to the debtor or third party.
–  Judgment summons – recent reforms have removed the need for any procedural changes and legislative reform is not needed to resolve the ‘Bhura’ debate. Have a read of Chapter 15 if you are interested in the debate about judgment summons and what the Law Commission’s position is.
–  Bankruptcy – no recommendation that arrears should be provable in bankruptcy, despite support from the majority of consultees.
–  The use of Alternative Dispute Resolution in enforcement proceedings – no recommendation made for a number of reasons, including that if a recommendation was made it could lead to the Family Court having stronger powers to direct the use of ADR in enforcement proceedings than in other family proceedings.
To do:
Obviously none of this is actually the law yet, so carry on as you were for now. The report itself gives no indication at all about the likely timescales for implementation of its recommendations, if indeed its proposals are taken on at all. Check back here for further updates.