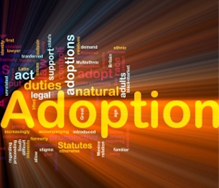 It was in the best interest of twins, BT and GT, albeit in quite exceptional circumstances, to remain in their respective prospective adoptive placements, subject to them having regular direct and frequent indirect contact with each other presently and for the future. Accordingly, the Family Court allowed the application of the first applicant prospective adopter to adopt BT, and also the second applicant prospective adopter to adopt GT. It also commented on the decision making process of the first respondent local authority in relation to the separation of the twins.

The proceedings related to the second respondent twins, BT and GT. The twins had three older siblings, F and E (the third and fourth intervenors) and G. All five children had been made the subject of child protection plans, and later, the subject of care orders. In 2015, the judge made placement orders in respect of BT and GT.

In 2016, following a flawed decision making process, the first respondent local authority decided to place the twins separately for adoption. In 2017, GT was matched with the second applicant C, and BT was matched with the first applicant A and B. The twins presently live in those placements. Subsequently, the local authority made a decision to end BT's placement with A and B and served a notice on A and B pursuant to s 35(2) of the Adoption and Children Act 2002 (the ACA 2002) (Return of child notice). However, the local authority then changed its decision and purported to withdraw the notice.

In due course, the first and second applicants applied to adopt BT and GT. Although at the final hearing all the parties were agreed that adoption orders should be made, the issue remained of whether the decision to separate the twins and place them in different adoptive placements was in the welfare best interests of either child.