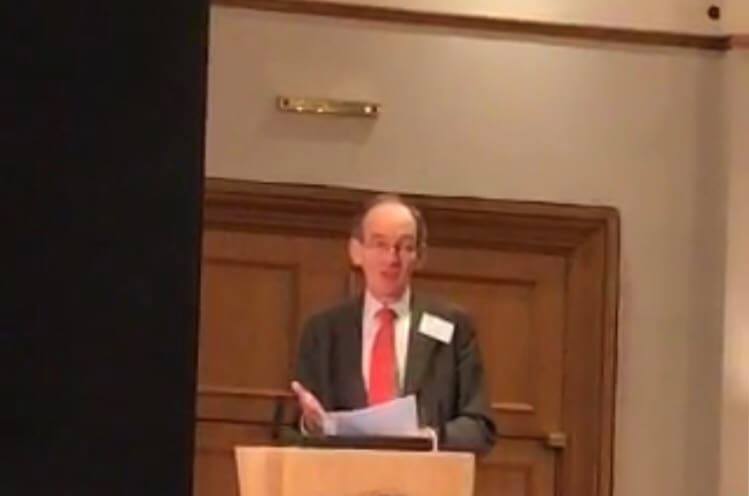 Sir Andrew McFarlane warns for impact of austerity and cuts

The President of the Family Division has warned an audience of child lawyers and family law professionals for the impact of austerity and budget cuts, saying professionals in the child care system “may collapse.”

During a keynote speech at the Assocation of Lawyers for Children’s annual conference, earlier today, the Rt Hon Sir Andrew McFarlane said that a lack of funds and resources is putting enormous pressure on the child care system as budget cuts are starting to bite.

"I am genuinely concerned about the long-term well-being of all those who are over-working at this high and unsustainable level," McFarlane said.

"I do not think systems collapse in these circumstances. Systems simply grind on; it is people who may collapse or fall over," he noted, adding that "indeed, that is already happening and I could give you real examples of this happening now."

He continued by saying that austerity cuts reduced the resources available to a social worker seeking to support a family in the community.

Furthermore, amid limited financial resources, the number of child protection cases in England and Wales is rapidly rising.

In addition, "the introduction of Universal Credit and the Housing Benefit cap were also said to have reduced the resources available to parents and the wider family where a child is in need," McFarlane said.

The added demand for child care leads to difficult choices and eroding services. For example, McFarlane, who is also a former Family Division Liaison Judge for the Midland Circuit, regretted that social works are often unable to visit a child twice or even once a week.

"Substantial changes need to be considered ... [as] there is a pressing need to manage expectations," he concluded.

McFarlane at the ALC conference in Bristol earlier today. Full text of his keynote here.