Pre-Nuptial Agreements aren’t just for the rich and famous 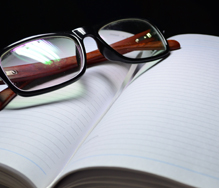 Kate Bradbury, of Brodies, discusses why pre-nuptial agreements are not solely for those with a lot of money in the bank.

In 1993, Jeff Bezos and Mackenzie Tuttle were just like any newly married couple. Who knew that some 25 years later, Jeff would be Amazon’s CEO, making the pair the world’s richest couple?

It is impossible to predict the future. It is doubtful anyone could have known that in 2018, Bezos would become the world’s wealthiest person, with an estimated fortune of $137 billion (£107 billion). The State of Washington, where the couple and Amazon are based, is a ‘community property state’, meaning that any wealth accrued during the marriage is equally divided between the parties, unless there is a Pre-Nuptial Agreement. Given most of their wealth was amassed after the marriage, (Amazon was set up in 1995) there was perhaps little thought given to a Pre-Nuptial Agreement. But what if it were the other way around?

Under Scots law, matrimonial property is defined in the Family Law (Scotland) Act 1985 as “all the property belonging to the partners or either of them at the relevant date (date of separation) which was acquired by them jointly or individually, otherwise than by way of gift of succession from a third party:

Therefore, if the parties were divorcing in Scotland, the valuable Amazon shares would be in the ‘matrimonial pot’ as the company was set up during the marriage. If however, Amazon had been set up in 1993 and the parties had exchanged vows in 1995, the shares in Amazon would not constitute “matrimonial property”, thereby reducing the ‘pot’ significantly. The parties have vowed to remain amicable and “cherished friends”, so will hopefully be able to reach a financial settlement which favours them both.

If you have that entrepreneurial spark and consider yourself the next Mark Zuckerberg or Denise Coates, and are in a relationship, the first step is to seek independent legal advice. Such advice can help to ensure certain assets are protected from claims for financial provision on divorce. A simple way of doing so would be to enter into a Pre-Nuptial Agreement. It is important to understand that such Agreements are not only for the rich and famous. Most importantly, the cost of such an Agreement is considerably less than an average divorce.