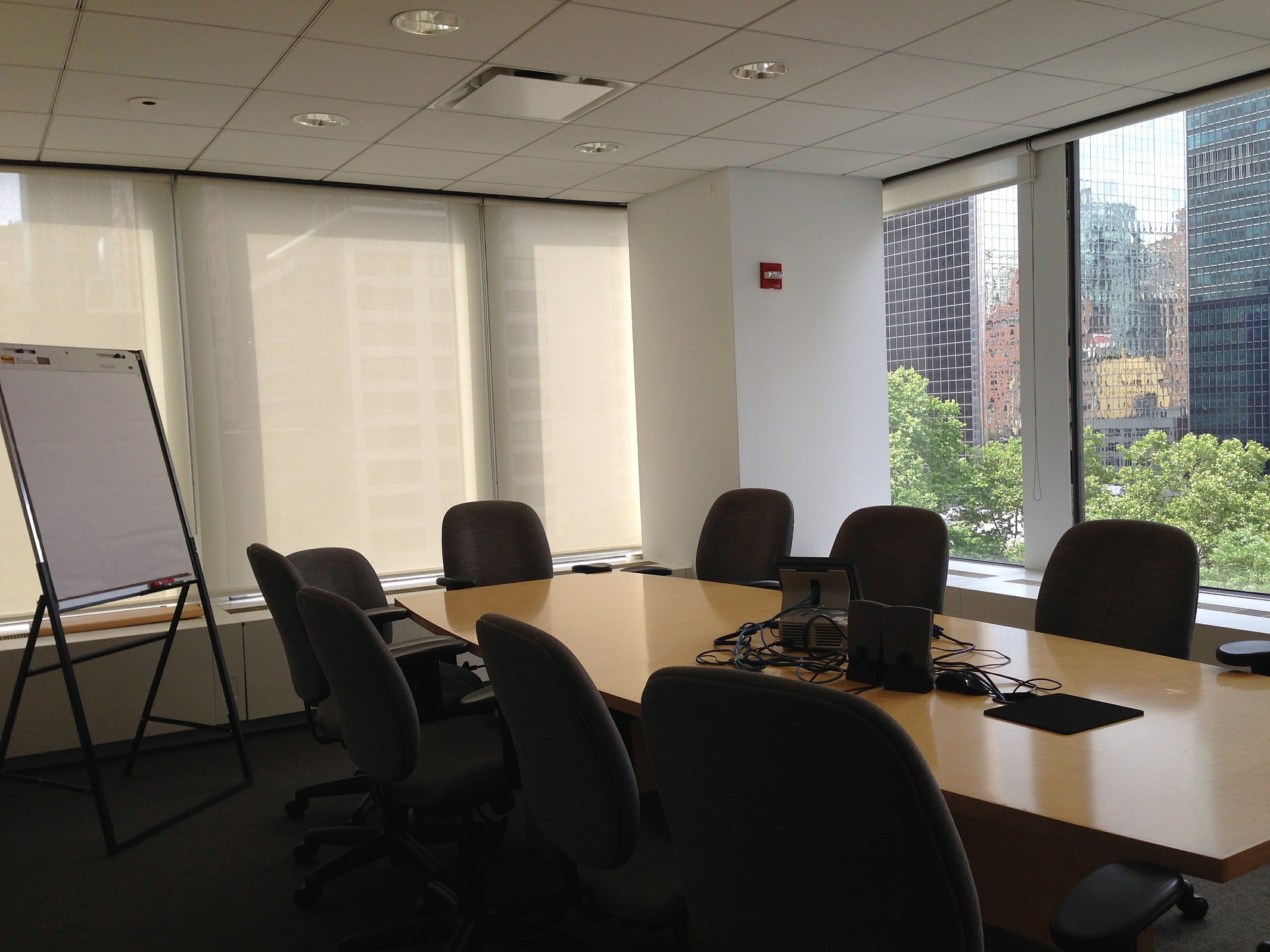 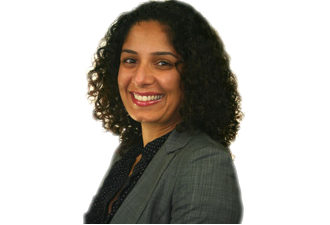 The President has once again endorsed the use of arbitration in appropriate financial cases by introducing the best practice guidance.

Earlier this year I ran a survey to see what people thought of arbitration and if it is an attractive option that is worthy of serious consideration. Many of those who responded were lawyers and they gave their responses generously and anonymously.

Happily, 93% of those people who took the poll had heard of arbitration using the IFLA scheme, this was a good start!

I wanted to understand what preference people had in respect of Dispute Resolution processes, is arbitration a serious contender or a flash in the pan?

According to the respondents a surprising 3.23% don’t recommend any dispute resolution services at all. This is very disappointing given the efforts made by many practitioners to resolve family disputes outside the court arena.

Mediation is preferred as the first choice of DR (32%), followed by voluntary disclosure (29%) and collaborative law (19%). Arbitration and round table meetings both scored 6% as first option DR processes. It may be for reasons of cost, legal aid and ease of use that this is the best way to approach DR processes.

What is disappointing is that 25% of respondents stated that they would rank arbitration as the last DR process they would recommend to the client, the same percentage of practitioners ranked written negotiations as the last option DR process. This means that at the moment, arbitration seems to be something of a last resort. I would have hoped that following the breakdown of mediation parties would be looking at ways to utilise the financial information gathered in a cost effective way, which arbitration allows parties to do.

When asked what fees people thought arbitrator’s charge for a whole process on a one-day case, 44% thought that the fee would be £3,000 plus VAT followed by 25% who thought the fee would be £1,500 plus VAT. The highest fee option was £25,000 plus VAT and 3.7% thought that was the right fee. This shows that there is a huge disparity in the fees that arbitrators are thought to charge and this is likely to have an impact on the practitioner proposing the process to the client. Arbitrators could learn a lesson from this by being more open about the likely costs to the client. Depending on who the parties choose as the arbitrator, it is entirely possible that the costs above could all be correct!

I thought it would be interesting to hear from respondents how much they thought arbitrators should charge for arbitration to be an attractive option for the client. The answers ranged from £1,500–£3,000 plus VAT which seemed to be the middle ground, to £800–£1,500 at the lower end and £10,000 at the higher end. The person who responded £10,000 indicated that the London market is well pitched at £10,000 but this could have been a response from an arbitrator! Some respondent’s indicated that the cost would be dependent on the issues at hand – the question didn’t detail complexity or assets involved. This shows a general understanding that the costs the parties pay depend on who they approach as the arbitrator.

The responses were surprisingly varied and probably reflect the way that arbitrators have been instructed until now. I don’t have access to the data about arbitrations that have been commenced but anecdotal evidence seems to reflect the above figures in my personal view.

In answer to this question, the respondents also commented that their choice would depend on the nature of the case and the issues at hand. Someone that is known and respected for having a helpful approach. One respondent commented, ’a solicitor who I feel suits the case in terms of approach, personality skills and is experienced in DR‘. In a later question a respondent indicated that they didn’t respect any of the arbitrators within a 50 mile radius and that this would put them off recommending arbitration to their clients. It is worth noting that many arbitrators are willing to arbitrate in a wide range of geographical areas, it isn’t necessary to choose the closest arbitrator.

Many arbitrators scratch their heads and wonder why there isn’t a bigger uptake of people using arbitration. I asked the respondents to rank in order of preference those features of arbitration that they thought would be attractive to their client.

The responses indicated that 74% thought the speed of the process was the most attractive feature and confidentiality/choice of venue the least attractive. Whilst most arbitrators would say that the ability for parties to choose their arbitrator is a very important factor, this isn’t borne out by the respondent’s responses. Either this isn’t really an influential factor or lawyer respondents don’t understand that choosing your arbitrator is in practice a huge benefit. Anecdotal evidence suggests that practitioners always comment that having one experienced arbitrator dealing with the case throughout is a positive factor in the user experience. Contrast this to going to court where there is little to no continuity in the judge allocated to the case and the benefit of using arbitration should be obvious.

What did the respondents think put their client off from choosing arbitration as a DR process? Although the question was posed to collect responses from the client perspective many responses were clearly from the practitioner point of view.

A theme quickly materialised in the responses: ’Total bloody ignorance of the other side’s solicitor’, ’being uninformed‘, ’misunderstanding of the process’ and ’solicitor apprehension’ all show an inclination that some solicitors will shy away from using a new process. More than one person indicated that the lack of an appeal is an issue, showing that there is misunderstanding about the fact that there is an appeal process!

There were concerns about the award being rejected by the court, which the President made clear in the case of S v S (Financial Remedies: Arbitral Award) [2014] EWHC 7 (Fam), [2014] 1 FLR 1257 wouldn't be done save for in rare cases. This is often a problem when consent orders are submitted following mediated settlements but the situation is different for arbitrated awards. The possibility that the award wouldn't be enforceable shows a general lack of understanding from the respondents about the way that arbitration works. The arbitrated award is drafted into a consent order and once sealed by the court is enforced in the same way as any other order.

Many people thought that non-disclosure could be an issue for the client, the fact that parties don’t want a decision imposed upon them another. However, many arbitrators report that parties are able to reach an agreement during the arbitration process which is then endorsed by the arbitrator. This part of the process is no different to the parties reaching an agreement at the door of the court. Whilst the arbitrator doesn’t get involved with an FDR stage, it is possible for the parties to negotiate between them and to go to another arbitrator for an FDR type settlement hearing, should they wish to do so. The flexibility of the process allows practitioners to build a process that is suitable for them and their clients.

Some respondents were concerned about the quality of the arbitrator’s decisions as there isn’t transparency as to decisions are reached. The fact that the parties have to pay for the arbitrator who is something of an unknown quantity goes back to choosing the arbitrator carefully from the outset.  These issues are difficult to address as arbitration is a confidential process and there won’t be published arbitration decisions.

It seems to me that the main stumbling block is the fact that practitioners aren’t familiar enough with the process and so they just aren’t recommending it to their clients. As always, the answer is to dedicate some CPD time to learning about this in 2015/2016. The new Law Society protocol (4th Ed) covers the use of Arbitration with other DR processes. Many arbitrators are more than happy to go “in house” to discuss the arbitration process with practitioners. I’m certainly happy to provide training either online or in house. With the recent change in the SRA’s CPD scheme any time spent learning about Arbitration can be utilised towards either the hours based or competence regime.

I’m happy to share the full data from the arbitration survey, should anyone want it they can contact me at mena@menaruparel.com.