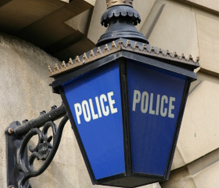 The College of Policing has issued The Authorised Professional Practice (APP) guidelines which include a raft of directives aimed at improving the police response to domestic abuse.

It follows the publication in March 2014 of Her Majesty’s Inspectorate of Constabulary (HMIC) review of the national police response to domestic abuse, a report which was described at the time as 'scathing'.

The guidelines are aimed at senior officers as well as frontline police, call handlers and counter staff. Checklists have been issued to help call handlers respond appropriately to the initial reports of domestic abuse. High profile cases such as that of Maria Stubbings and Banaz Mahmood have highlighted major deficits in how the police respond to vulnerable women who ask for help.

The new guidance from the College of Policing stresses the responsibility of senior officers to ensure that specialist officers are available to investigate cases of abuse and that avenues of support for victims are made accessible. There is also an emphasis on building cases against perpetrators of domestic abuse using sources of evidence other than the victim's testimony, which we know can be withdrawn for a number of reasons including pressure from the perpetrator, from family, feelings of guilt, fear and loyalty. The guidance also goes into detail about spotting patterns of abuse, which is much more indicative of risk than focusing on individual criminal offences.

The move has been widely welcomed by domestic abuse charities.