Plain English judgment gets the thumbs up and a :-) 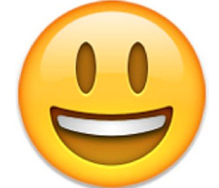 Amy Sanders
The case of Lancashire County Council v M and Others [2016] EWFC 9 would appear like any other judgment within public law proceedings. Once you start to actually read it however, it quickly becomes clear it isn’t written like most other judgments. The judge introduces his judgment by explaining it is as short as possible so that the mother and the older children can follow it.

The case involves a mother whose four children had been removed from her care due to concerns surrounding her relationship with the father of the younger two children. He had previously been imprisoned for burglary, was of an aggressive character and held extreme views. He identified himself as Muslim and was known to the police counter-terrorism unit. In 2014 he attempted to travel to Syria however was prevented when his luggage was found to contain items that ‘would be useful in a war zone’.

Proceedings were instigated by the local authority when the children were removed from school and taken on a ‘holiday’. In reality this trip was planned by the father and was intended to take the family to ‘a Muslim country’ and possibly on to Syria. The family travelled first to Paris from which the father had booked one way tickets to Morocco and then on to Turkey. When the family arrived in Turkey they were intercepted and returned to the UK where the parents were arrested and the children placed in foster care.

After their return, the mother continued her relationship with the father although the couple had attempted to conceal this from the local authority. It was only discovered as the police were following the father. A matter of months later the father was arrested and detained for attempting to purchase guns and ammunition (for which he was ultimately sentenced to 18 years imprisonment).

Threshold was considered at para [21] of the judgment and the findings at para[28], which included the children suffering or at risk of suffering significant physical, emotional, educational and developmental harm by way of the changes in their schooling, inconsistent engagement from both parents, the mother’s inability to challenge the father and put the children first, and the father’s extreme beliefs and potential for him to remove the children.

In addition to giving the background of the case and considering the threshold the judge also addressed other issues including that there was no record in the papers of how the judge at first instance dealt with the application and that the order which had been approved had been inaccurate in a number of ways. Furthermore some information placed before the court was inexact or exaggerated to an unacceptable level.

Ultimately the proceedings concluded with care orders being made in favour of the mother and maternal grandmother, subject to restrictions on the children’s’ contact with the father.

The judgment has been warmly received for its 'plain' Engliash and the clear way in which it tackles threshold issues and a complicated family history without legal jargon. For example, when explaining the complicated relationship between the mother and father the judgment says, ‘She never gets into arguments with people, but he does all the time’ and that the father ‘can be fun with the children, and he can be polite and witty, but he can also be a loudmouth whose favourite subject is his own rights’. The judgment even uses a smiley face emoji  to describe a drawing made by the mother.  There is no doubt it is a much simpler read than most other public law decisions. Should this be the way forward for the future? Given the continued drive towards transparency and the increased publication of judgments it may make it easier for people to digest the outcome of family court proceedings. Additionally a child centred judgment perfectly supports the ongoing campaign regarding the importance of the voice of the child and how crucial it is for them to be involved in and understand decisions effecting their lives.

https://t.co/pleDXFkUAH Can Justice Peter Jackson get any more wonderful? A judgment written so the children involved can understand!

Family judgments are appearing more frequently in the headlines. The recent case of Al-Jeffery  v Al-Jeffery (Vulnerable Adult: British Citizen) [2016] EWHC 2151 (Fam) caused sensational reporting about a ‘woman  in a cage’. Such was the extent of the coverage that Mr Justice Holman dedicated a specific section of his judgment to addressing the manner in which Amina’s liberty had been restricted, concluding that her freedom of movement was severely constrained, and could be described as ‘caged’, although not ‘in a cage’. Even the President’s latest  view was used (and skewed) in tabloid headlines prompting a swift response from Resolution due to the concern about the impact the ‘selective reporting’ would have on readers of the article.

Maybe this style of judgment is a firm step towards the answer we have been looking for to ensure there is less room for misconception and confusion.

On the other side of the coin of course, given the pressures and constraints on the judiciary is there capacity to expect each judgment to marry the clear language with the legal principles in such a way as to avoid even mentioning the Children Act 1989 altogether? Would this be a practical expectation of all judgments, even those considering the most complex of matters and would such a judgment stand up to scrutiny in the event of an appeal?

It will be interesting to see whether other judgments follow suit or whether this remains a unique piece of mastery from Mr Justice Peter Jackson.
Join the debate on Twitter - do you think all family judgments should read like this? Tweet @JordansFamLaw #familylaw
Categories:
Articles