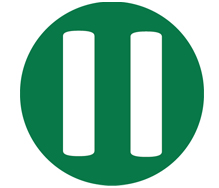 The below article appears in the July issue of Family Law at [2016] Fam Law 791 and has been made available, free of charge, as a service to our readers.

When I think back on my experience as a frontline practitioner – running the child protection service at the Homerton Hospital and in strategic and advisory roles in Hackney – I can remember the cases that made my co-founder and I determined to develop an intervention for women who experienced repeat removals of children into care. Without anything changing, these destructive cycles would repeat year after year – and for the same women. When it came to developing the Pause model, one woman in particular has always stayed at the forefront of my mind.

Her name is Clara. When I first met her, Clara was 28 years old and had already had two children removed. She was pregnant again, and initial proceedings were already underway for her third child. Clara had grown up in and out of foster care. Her father was physically abusive towards her and her mother was an alcoholic. During her time in foster care she was sexually abused by one of the carers, meaning that Clara was understandably very distrusting of services, particular social workers. To Clara, the world was a hostile and dangerous place.

Clara found it very difficult to contain her emotions when caring for her own children. She developed a complex personality, found herself in a catalogue of difficult relationships and was either the victim or perpetrator of domestic violence. The combination of unresolved emotions and angry outbursts were putting her own children at risk and resulted in their removal. Clara was a bright young woman, who at times was able to recognise the risk she posed to her own children, but could not contain her emotional and sometimes aggressive outbursts.

Fast-forward 12 years, to when Pause was at last becoming a reality and I saw Clara in the street. She told me she had just had her ninth child removed. For Clara, the years between child number two and nine were filled with chaotic relationships, drug and alcohol abuse, unstable housing, and most pertinently, a lack of the support she needed. This meant Clara carried on giving birth in the hope she could fill the gap left after each pregnancy, both metaphorically and literally. Clara was in a battle with the local authority, the ‘corporate parent' that had let her down as she herself grew up. She held steady to the need to ‘keep one baby' and win this battle.

Sadly, Clara is not an exception. For anyone involved in the family justice system, it is not uncommon to meet women with similar stories. One will have seen dozens, if not hundreds of cases brought before the judge, where a woman stands poised to lose her child. It is likely that child will not be the first or the last. You know, too, that when they walk out of the court room, the absence of an appropriate support system will increase the chances of them returning in the months or years to come. Perhaps, like me, you wondered if there was a better way of doing things that would result in better outcomes for these children and the women that give birth to them. There had to be a way of ‘doing things differently’, by intervening and filling that gap with something different. Something other than another baby, who will inevitably end up being removed, and the subsequent grief and trauma that follows. A ‘pause’ was needed, to create a space for change and so, Pause was created.

In 2014, alongside my colleague and co-founder Georgina Perry, the London Borough of Hackney agreed to fund a Pause pilot. A feasibility study revealed that in Hackney alone, 49 women had given birth to 205 children who were taken into care. These were many of the same women I had seen at the Homerton hospital, in courtrooms, and out and about on the streets of Hackney over the course of my career. They felt like ‘forgotten women’. We knew that this was not a problem confined to Hackney but across the country. It is only recently that a comprehensive national data set has truly demonstrated the scale of the issue. A new study estimates the scale and pattern of recurrent care proceedings over a seven year period (Broadhurst et al 2014). The numbers are significant, showing that of a total of 46,094 birth mothers appearing before the courts, 15.5% were linked to recurrent care applications (see www.escholar.manchester.ac.uk/uk-ac-man-scw:227563).

As each woman may be linked to more than one child, the total number of care applications associated with this cohort is as high as 29% (22,790). The Hackney pilot led to the funding of a further six programmes through the DfE Innovation Programme, and has gone on to attract a huge amount of interest from around the UK and internationally.

At the heart of the Pause approach is the desire to prevent the damaging consequences caused by taking thousands more children into care every year. By working through the lens of the woman, Pause helps them to take control of their lives, and to break the destructive cycle that causes deep trauma to both them and their children. The lives of the women Pause works with are typically characterised by their own experiences of neglect, abuse, sexual exploitation, and other social, emotional, and health related challenges. To stop these trans-generational patterns being passed on again, Pause intervenes at a time when a woman has no children in her care. As part of this voluntary programme, she is required to use long-acting reversible contraception (LARC) for the duration of the programme, enabling her to ‘pause’ and put her needs first, often for the very first time in her life.

There are a number of elements that make Pause unique, but one that stands out is our whole system approach, working with everyone including partners, family members, friends and other professionals. We also look beyond her maternal identity as a ‘birth mother’ and view her as a woman first and foremost. Where traditionally services will signpost or refer, there are no ‘no-go’ areas for Pause. Practitioners will be present alongside women, modelling how to navigate the world more effectively. Not only does this impact on the women, but it also influences services, and helps them to learn more productive methods of engaging vulnerable people.

We know that women cannot engage meaningfully with counselling or therapeutic work if they don’t know where they’ll be spending the night, or if they desperately need a prescription, so we start with the practicalities, focusing on harm reduction and stabilisation. Pause is the glue, the helping hand, and ultimately the change agent; however the plan and the pace is always led by the woman.

Behind the everyday practical elements, Pause is underpinned by relationship-based practice, social learning theory and evidence based interventions. Intergenerational cycles of trauma and loss require a systemic, integrated model of support. Practitioners work in a non-authoritarian way, constructing identity or defined by presenting issues e.g. substance misuse and demonstrating equality through a therapeutic relationship that affords women space and agency. A woman is viewed in all her richness of identity rather than being limited to her maternal identity or defined by presenting issues, eg substance misuse. Everything is approached from a strengths-based perspective, providing feedback and reflection that builds confidence and self-esteem.

Now, with 147 women currently receiving Pause support, who could potentially have up 117 children removed over an 18-month period, Pause is already making a real difference. These repeat cases would not only mean significant distress for parents and children, but substantial costs to the public purse:

By 2018/2019 Pause aims to have prevented 300 children entering care. As well as having a clear social and emotional benefit for the mothers and children affected, this represents a potential cost benefit of nearly £11.5m. This is a triumph not just for the system as a whole but on an individual level, for these women. Over the space of 18 months, they will achieve personal goals that previously would have seemed impossible. Even a small step for them represents a huge personal milestone.

As Pause continues to scale and spread across the country, more women like Clara will be given the opportunity and space to start creating a more positive future for themselves. In time, we want this support available to all women; certainly before the tenth child is born, and in our quest to become wholly preventative, potentially before the first.